Aircraft engine maker Rolls-Royce to cut 9,000 jobs from business due to coronavirus crisis

The British manufacturer of aircraft engines Rolls-Royce announced Wednesday that it will cut at least 9,000 jobs due to the paralysis of air traffic caused by the new coronavirus pandemic.

“We are proposing a major reorganization to adapt to the new level of customer demand”Chief Executive Officer Warren East said in a statement.

The jobs to be cut, which represent 17% of the workforce, and will have an impact on civil aviation activities and the administrative sector, but not on the defense division, It indicated.

Is “Increasingly clear that the commercial aeronautics market will take years to recover the level of a few months ago”added the statement.

“Our aviation and aeronautical customers must adapt and we too” Warren East, the CEO, is quoted in the statement.

“Governments do what they can to support companies in the short term”, but “they cannot replace the demand from customers that does not exist on a lasting basis”, added.

In 2018 Rolls-Royce had already cut 4,600 jobs, mainly in the administrative sector. 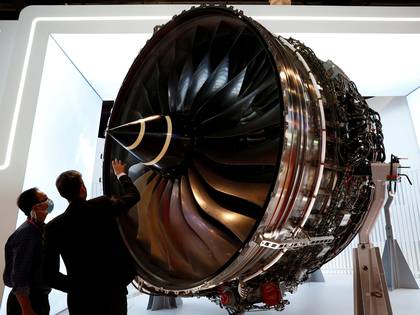 In 2019, the firm managed to reduce its net loss thanks to better commercial results, despite the problems of the Trent 1000 engine, which has been sinking its accounts for years.

The coronavirus pandemic has caused significant losses in various sectors of the economy in almost all countries that have been affected.

The Secretary of the Treasury of the United States, Steven Mnuchin, has alerted this Tuesday that lThe current situation of confinement due to the coronavirus pandemic can leave “permanent damage” in the economy of the North American country.

In a message to the Senate, Mnuchin and Federal Reserve Chairman Jerome Powell have offered a harsh forecast for a “fragile economy” and have warned of serious job losses in the coming months.

In a report with its provisional projections for the remainder of the year and 2021, the CBO anticipates that the US labor market may suffer in the second quarter of 2020 “the greatest deterioration since the 1930s”, with an average unemployment rate of 15% compared to 4% registered in the fourth quarter of 2019.

In addition, the fiscal deficit is projected to increase this year to $ 2.2 trillion this year and to decrease to about $ 600 billion in fiscal year 2021, as a result of approved assistance programs to reduce the economic impact of the pandemic.

The United States is the country most affected by the coronavirus pandemic, with 1.5 million confirmed cases and 91,570 deaths. Worldwide, there are already 4.8 million infected and 321,000 deaths.

Meanwhile, the air sector is one of the most affected by the pandemic, which has caused border closings and severe confinement measures.

In the United Kingdom, British Airways, Virgin Atlantic and Ryanair, among other companies, announced in recent weeks the abolition of thousands of jobs.

British transport minister Grant Shapps said on Monday that 43,500 workers were temporarily unemployed in the aviation sector due to the covid-19 to which 2,600 are added at airports.

MORE ON THESE THEMES:

Supreme court of the Netherlands upheld the complaint of Moscow the decision on Yukos :: Society :: RBC

The largest trial of former shareholders of Yukos began in 2005, as plaintiff acted...
Read more