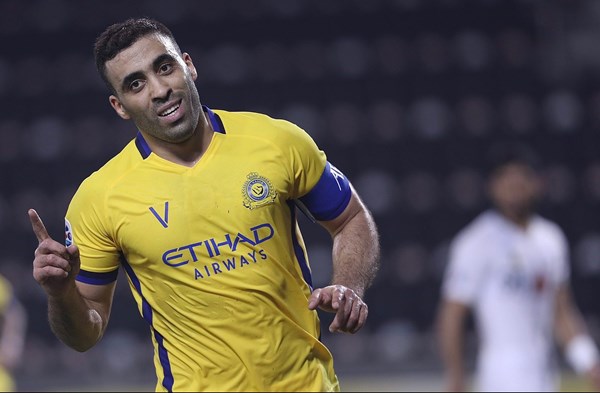 The management of the Saudi Al-Nasr Football Club terminated the contract of Moroccan striker Abdel Razzaq Hamdallah, for a reason that it described as legitimate, in line with the regulations of the International Football Association (FIFA).
The club’s management said in an official statement that “Al-Nasr retains all the financial and legal rights ensuing from this before the competent judicial authorities,” without adding further details.
Hamdallah moved to Al-Nasr as a free player in the summer of 2018, and became the top scorer in the Saudi League with 34 goals. He also contributed to winning the league championship that season and the Saudi Super Cup twice.
Hamdallah played with Al-Nasr 107 matches in all competitions, during which he scored 112 goals and assisted 24.
Hamdallah did not participate with Al-Nasr except in two matches this season, while Saudi press reports indicated that obstacles in the formula of the new contract prevented its renewal.