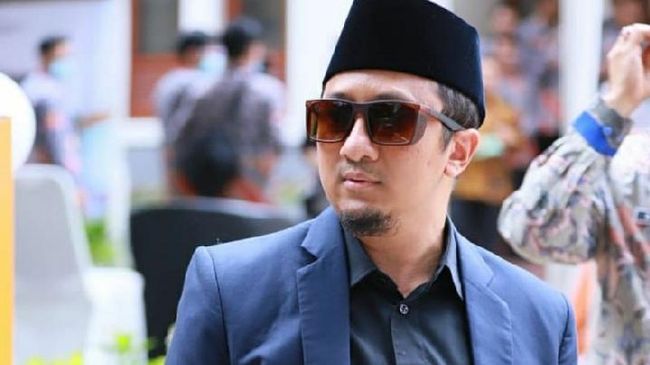 The increase in PURA shares today occurred in line with The owner of the Daarul Qur’an Islamic Boarding School and the Paytren Group, Ustadz Yusuf Mansur, mentioned the PURA stock code in his latest upload on his personal Instagram account, Monday morning (27/9).

According to data from the Indonesia Stock Exchange (IDX), at 10:54 WIB, PURA shares jumped 34.00% to Rp 67/share, with a jumbo transaction value of Rp 50.54 billion and a very busy trading volume of 2.56 billion shares.

This stock last moved on July 1, when it fell from Rp 51/share to gocap level or Rp 50/share. After touching the price of IDR 146/share in early July 2021, PURA shares tended to fall to their lowest level.

The market capitalization value of PURA’s shares is relatively small, at Rp 381.11 billion.

So, what about PURA’s financial innards throughout the first semester of this year?

Based on the company’s financial report on the IDX, PURA managed to record a 4.41% increase in net profit on an annual basis (year on year/yoy) to Rp 4.74 billion in the first semester of 2021, from Rp 4.53 billion in the same period the previous year.

The customers who exceed 10% of the company’s total revenue are related parties, PT Rajawali Dwiputra Indonesia, which contributed Rp 10.90 billion in the first 6 months of 2021.

Furthermore, PURA’s total assets were recorded at IDR 471.69 billion as of the end of June 2021. Meanwhile, the company’s total liabilities were IDR 43.26 billion and total equity reached IDR 428.43 billion in the first half of 2021.

Previously, in uploading the latest photos on his personal Instagram, Yusuf Mansur or commonly called YM, mentioned PURA both in photos and captions.

In the photo, Ustaz YM, who is wearing a black t-shirt and white cap, is seen posing while holding a small white cup and a small plate of light snacks. Also emblazoned, in the photo, are the words “It will be delicious in my future, God willing” and “Just REAL REAL, not PRETEND”.

Meanwhile, in the Instagram caption, Yusuf Mansur wrote about his brief thoughts on PURA by using the example that a PURA truck driver could later become a santri or, in his term, a ‘walking student’.

“This [tampaknya merujuk ke tulisan dalam foto], later on in all the back of the truck PURA who didn’t pretend, hehehehe. Hundreds lol. Not to mention the association. Tar [Nanti] Receipt drivers, taking part as students… santri walking… studying on truck radio via trucking application… in all truck pools, in the archipelago, temple pools, majlis, prayer rooms and tahfizh houses were built, for truck drivers there are temples, below kernet, and repairmen,” YM said on his Instagram, quoted by CNBC Indonesia, Monday (27/9/2021).

Meanwhile, according to IDX data, until now there has been no transaction for the purchase of PURA shares by Yusuf Mansur (if above 5% of the shares).

For information, quoted from the company’s website, Putra Rajawali Kencana or known as Pura Trans is engaged in transportation and warehousing, leasing and leasing activities without option rights and wholesale or retail trade.

Currently, the company based in Surabaya is engaged in transportation. The company started its commercial operations in 2012 and has been listed on the stock exchange since January 29, 2020.