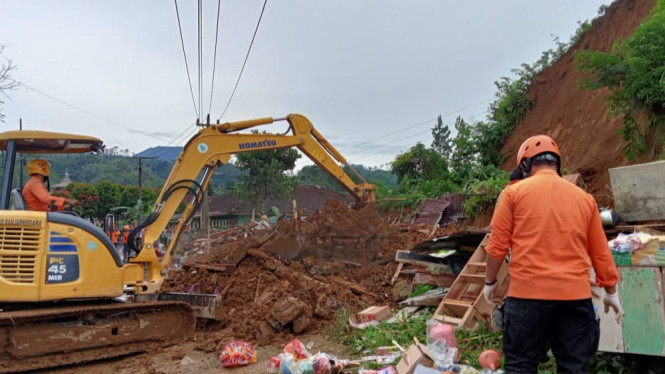 Banjarnegara, Central Java – All victims of the landslide that occurred in Pagentan Village, Pagentang District, Banjarnegara Regency, Central Java have been found. One person was evacuated safely with minor injuries, while four people were found dead.

The soil from the cliff as high as approximately 25 meters collapsed and hit two residents’ houses, burying five people inside.

“At 05.00 all the victims were successfully evacuated by the Joint SAR Team, then taken to the Pagentan Health Center,” said the Chief Executive of the Banjarnegara Regional Disaster Management Agency (Kalak BPBD), Aris, in a press release received by tvOnenews.com, Saturday (11/20/ 2021).

The evacuation process for the victims was hampered by darkness and the thickness of the landslide material. After the search operation was stopped, officers continued the clean-up process.

See also  CNN survey: 49% approve of Trump's administration in the face of the coronavirus pandemic