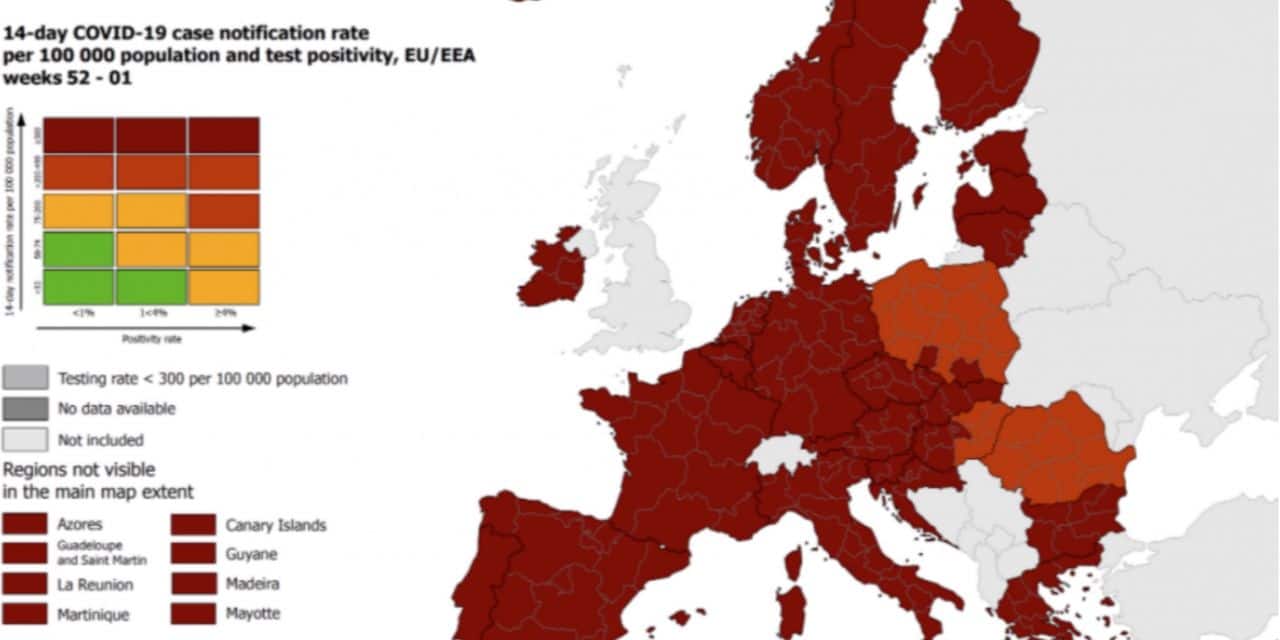 This map reflects the incidence rate of the coronavirus (number of contaminations per 100,000 inhabitants) over the past fourteen days and the positivity rate of Covid tests. Dark red, the highest level of the ECDC map, means the calculated 14-day incidence is 500 or more infections per 100,000 people. It has been the color of Belgium since November 4. The latest figures from the Belgian public health institute Sciensano give a 14-day incidence in Belgium of 2,064.

The only regions in Europe not colored dark red are Romania, most of Poland and eastern Hungary. These areas are in red, which means either that the incidence over the last 14 days is between 75 and 200 cases per 100,000 inhabitants with a positivity rate of 4% or more; or that the incidence is more than 200 but less than 500 cases per 100,000 inhabitants.

The ECDC publishes a European map every Thursday based on the number of infections and the percentage of positive tests in the last 14 days. It offers four colors: green, orange, red and dark red.

Europe is facing a new wave of infections, caused by the Omicron variant, which is more contagious but which seems less lethal according to the first data collected. The World Health Organization estimated on Tuesday that more than 50% of Europeans could be affected by this variant within two months, given the current rate of contamination.