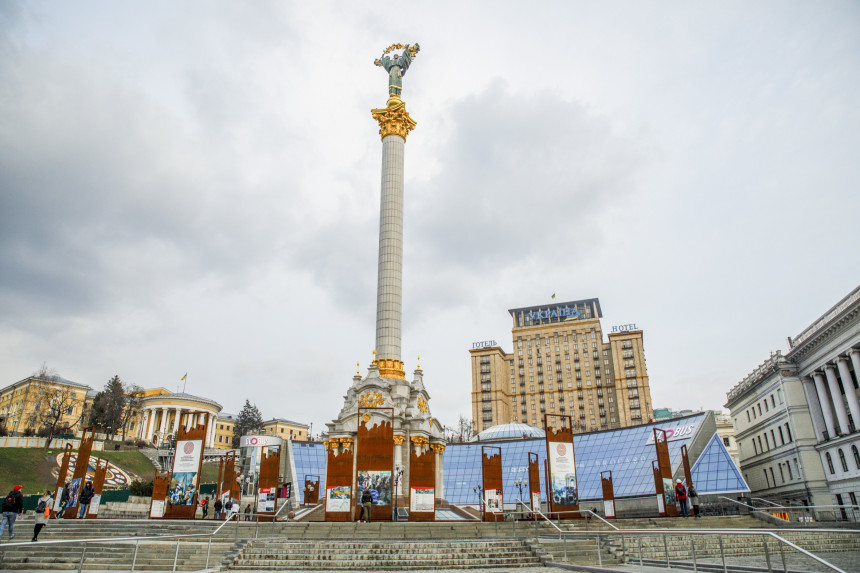 The Ukrainian army is determined to defend its country, said Latvian Ambassador to Ukraine Ilgvars Kļava.

Speaking about the current atmosphere in the country, the ambassador pointed out that it was business-like, as there were many issues to be addressed. Economic issues are important, the security situation is also topical, so a lot of attention is paid to the news related to the movement of Russian troops near the Ukrainian border.

The high-level talks in Geneva and Brussels, as well as in Vienna in the format of the Organization for Security and Cooperation in Europe (OSCE), are also being actively followed.

“In Ukraine, the military threat is permanent. We must remember that the country has been in a” de facto “state of war since 2014 and 2015, where part of the territory has been occupied and part of it has been annexed. “It ‘s been a new phenomenon for years,” said the ambassador.

Asked what is hindering the resolution of the situation in the south of Ukraine – Donbass, Kļava pointed out that international players, including Latvia, reiterate the need to move forward consistently, fulfilling the Minsk agreement reached in 2015. The ambassador emphasized that, unfortunately, this is not happening and several points are not being met – neither on the withdrawal of force nor on the transfer of border control to Ukraine.

Furthermore, Russia does not recognize itself as a party to the conflict and does not consider itself to be covered in any way by the Minsk agreement. The ambassador described the situation as a stalemate or lack of progress in the field of diplomatic solutions, so the process is currently slowing down.

Speaking about the military capabilities of Ukraine, Kļava emphasized that the Ukrainian army is much stronger than it was in 2014, when the conflict started. It is better equipped with weapons. The ambassador said that it could be read in the headlines that Ukraine was not ready to repel the attack or that the Ukrainian army was not ready for it.

“Relatively no army is ready anywhere and never. The process of improving combat capabilities all the time is a process. Ukraine’s armed forces are now in a much better position than in 2014. The state also purchases and supplies equipment, ammunition and armaments to Ukraine through various assistance programs. They “holds regular exercises, including with NATO partners,” said the Latvian Ambassador to Ukraine.

He acknowledged that Russia has an advantage in several areas. It has greater mobility capabilities, more powerful missile systems, and mobilization at sea is certainly greater, while the Ukrainian army has a very high motivation to defend its country and its territory.

The maple noted that the total size of Ukraine’s armed forces is over 200,000. Ukrainian military experts say they still have about 400,000 potentially mobilized reservists with combat experience. They also have the National Guard of Ukraine, which also has tens of thousands of people.

“They have reserves of power, but of course the military planners are trying to figure out where the blow could potentially come from,” the ambassador explained.

Speaking about Latvia’s support for Ukraine, Kļava emphasized that Latvia supports Ukraine’s progress towards integration into European and transatlantic structures. The state also supports Ukraine’s position in various international fora. Latvia has clearly expressed its support for the Crimean Platform initiative. President Egils Levits attended the inauguration ceremony of this format in Kiev last August. The Ambassador emphasized that this format is intended to keep the issue of occupied Crimea relevant in international politics.

On the Latvian side, regular assistance is provided, for example, with various humanitarian cargoes intended for both civilians and local governments. Latvian military specialists are also following how they could help. The Ambassador pointed out that opportunities to help exist and are being implemented both at the political level, in terms of support, and in a purely practical way.

Speaking about why it is important for Latvia to support Ukraine, Kļava noted that Latvia defends the rule of law, the right of states to self-determination, national sovereignty and freedom of choice in international relations. These are values ​​that, in the Ambassador’s opinion, are fundamental to Latvia.

“Imagine if another country had a say over Ukraine that it could not, for example, join NATO or the European Union. If it were accepted, it would mean that the Ukrainian state would no longer be subject to international law, that it was no longer a sovereign state and “There is no determination of his fate,” the ambassador explained.

He added that “we know very well from our difficult history what it means when a state no longer exists as a full, independent state.” “We will always defend these basic principles and values, because it also affects the question of our existence,” Kļava is convinced.

Asked if there would be a war in Ukraine, the ambassador expressed his desire to refrain from making a definite prediction, as this would be speculative. He admitted that a military escalation could happen, it could not be ruled out and it had to be prepared for it. The maple emphasized that the Ukrainian armed forces are absolutely ready and determined to protect their country from the invasion of foreign power.

“Unfortunately, we have to be ready for such a scenario. We are not saying that it will definitely happen, but we cannot rule out such a possibility. There are many signs that this can unfortunately happen. No matter how absurd and bad this option is, there are political forces leaders who can make such a decision – to start full – scale military aggression against Ukraine, “said Kļava.

Asked about the US-Russia talks, the Ambassador welcomed the active involvement of the United States in efforts to de-escalate the situation between Ukraine and Russia. According to Kļava, this is very important, but the question is how rational and pragmatic Russia will be in this process.

The ambassador pointed out that Russia’s lines are marked quite clearly, but the United States wants to maximize the de-escalation of the situation, maintaining the basic political principles that nothing will be said about Ukraine without the presence of Ukraine. In addition, the US side immediately stated that it absolutely denied the opportunity to talk about or discuss it.

“I mentioned at the beginning … to deny Ukraine the right to decide or to categorically rule out the possibility of Ukraine joining NATO someday? No, Ukraine is a sovereign state. They can decide for themselves. Joining or not joining NATO is a matter for NATO countries, the alliance and Ukraine. “There is no legal or political say for Russia. This principled position on the part of the United States is also very important. We welcome it in every message,” said the ambassador.