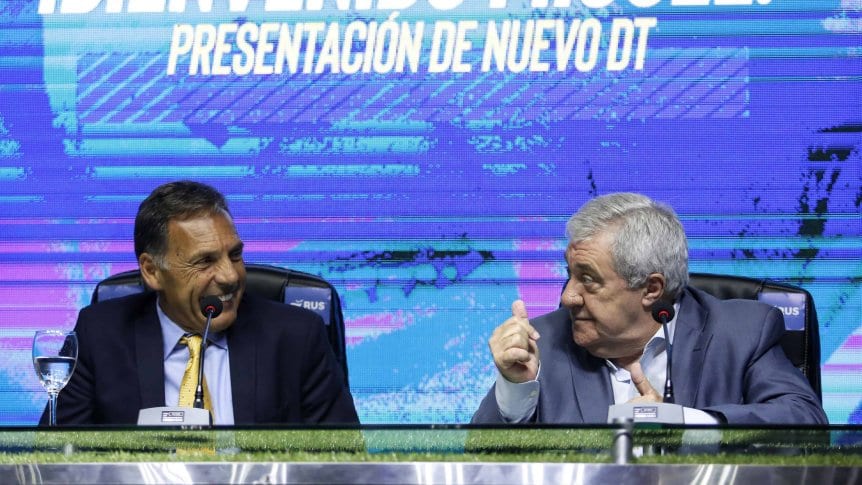 Jorge Amor Ameal enjoys having obtained the Superliga title, snatching it from River on the last date, from the hand of Miguel Ángel Russo, who came to replace Gustavo Alfaro from this year.

Now, once again, the president made clear his support for DT. When asked promptly about the desire of Martín Palermo to lead Boca on some occasion, he answered forcefully: “We think of Russo for 10 or 20 years. We want a lot of time from Russo. You cannot think about the future when you have a great coach and a better person. Not at all. Not to think. ”

“(Juan Román) Riquelme recommended it to me and within five minutes I accepted. I also wanted it, “added the president in an interview with Jogo Bonito (FM Late 93.1).

On the other hand, Ameal assured that he has not yet sat down with Carlos Tevez to discuss his continuity in the institution: “We have not yet spoken to Tevez about the contract. There is time for that and when we have to communicate something, we will do it by conference.”

In addition, he referred to the suspension of football due to the coronavirus pandemic: “The government’s attitude of betting on life seems perfect to me. We at the club gave all our employees a break and we are talking on video conferences. Obviously we would like the ball to start rolling but we bet on life. We support what the government is doing. ”

Finally, Ameal made clear his position about possible modifications to the contest: “We want the continuity of the tournament and that the three declines are respected. Our idea is to return to 20 teams. I do not see it possible and I do not know where the 30 tournament came from. Our idea is this and we are going to defend it. “

See also  Lazio, the tension between Lotito and Peruzzi does not subside: the club manager contemplates the early farewell