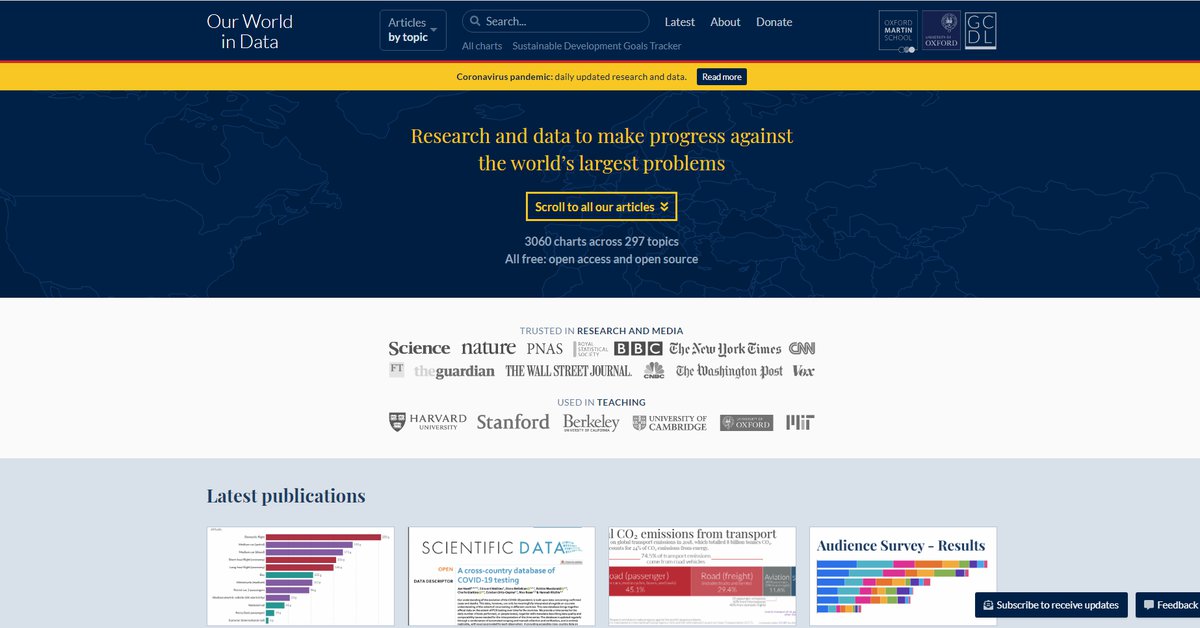 Edouard Mathieu, data analyst at Our World in Data, a website specialized in real-time statistics based at the University of Oxford, communicated via Twitter that Argentina will no longer be part of its testing map because the figures would not be of sufficient quality.

“To ensure quality and reliability of COVID-19 test data of @OurWorldinData, we have decided to remove Argentina from our data set for the moment. The official figures compiled by the government are not of sufficient quality to correctly reflect the scope of the tests “, wrote in the first tweet of a thread.

”In particular, it has recently emerged that many negative tests were not being registered in various provinces, including some big ones like Santa Fe and Córdoba. This skews the positive rate up, up to a staggering 75% today, “the analyst continued.

And continued: “The Argentine government announced a few days ago that it would implement a new system to ensure that all tests are correctly recorded in all provinces. However, it is not clear if this will also correct the historical data retrospectively. “

“Unfortunately, this does not mean that the COVID-19 situation is not bad in Argentina, it is. Initially it did a little better than some of its neighbors (although much worse than others), but now it is ‘catching up’ with the terrible death toll in Bolivia, Chile and Brazil ”.

“As we explain on our site, the tests are our window to the pandemic and how it is spreading. We hope that the corrected data for Argentina will be published very soon, in which case we will include it again in our data set ”, ended Mathieu.

The data offered by health authorities around the world they depend on the number of tests; of the strategy to detect cases; if asymptomatic patients are also analyzed; if the close contacts of an infected person are counted even though their circle has not been tested; and the number of people who come to the health service with or without symptoms, among other factors.

These statistics allow an estimation of the level of viral circulation in society to be carried out; specify the degree of positivity on tests carried out and together with the coronavirus mortality data, reach conclusions about the effectiveness of the sanitary measures carried out by the National Government and the provincial and municipal authorities.

“It is one of the pages that best collects information and has long positioned us as one of the countries with the highest positivity on the planet. It is clear that they delved a little more about what was happening and discovered what some people have been seeing here for a long time: positivity is not a reliable indicator because not all negatives are uploaded to the SISA, so the percentage increases “, assured in dialogue with this medium Rodrigo Maidana, Economics student who during the pandemic dedicated himself to analyzing COVID-19 data.

When it comes to plotting statistics, experts use moving averages to access more accurate approximations of the epidemiological situation, regardless of the peaks and valleys shown by the curves for reasons that are not strictly linked to the behavior and progression of the disease in a given region.

Every time an asymptomatic patient is tested using active search devices -like the DetectAR operation- the steps to follow vary depending on where this is done. If the result is positive, the case should be settled in the general section of the database of the Argentine Integrated Health Information System (SISA). But if the result is negative, having not entered through the lane of “suspected cases”, the consignment of that test could be settled in another section of the system. If all were taken into account (symptomatic and asymptomatic, swabbed or tested for saliva, whatever the route by which they entered the system), it would lead to a decrease in the percentage of national positivity.

Why are these details not taken into account? One of the hypotheses raised by specialists has to do with the limitations of the SISA database itself, a tool that does not seem to have the agility necessary for the volumes of information that are issued daily during the coronavirus pandemic.

Days ago, the provincial authorities presented a “computer systems management tool”, which, According to the Buenos Aires Minister of Health, Daniel Gollán, “it will allow -from now on- to report exactly what happens every day. We are in a process of improving management and transparency. All this allows to give absolutely all the data. In recent times, many media have consulted us about this situation, why there is a delay in this type of process ”.

From that moment -they affirmed-, the province of Buenos Aires would cross the information of deaths registered in the SISA (Integrated System of Argentine Health Information), of deaths arising from the management of intensive care beds and from provincial death certificates. In his announcement, Minister Gollán also said: “When this pandemic began the private sector practically did not report as it should be, they did not even have the user codes that they were required to have. What did this pandemic leave us? That the entire private sector registered in the SISA, the entire private sector began to report ”.

“We stopped being in the positivity section. In that indicator is the problem. We will see if with the correction that they intend to make from Health they will add us again ”, he indicated Maidana and assured that “we are not the only ones. They have the list of all the countries and depending on the indicator you want to see, they appear as available or not. In the case of positivity we are not. And some others do not either, a sign that they should not have statistics or are not reliable to put them.

Specialists agree that the country tests little. According to the data provided by the Ministry of Health, 2,626,406 diagnostic tests were performed for this disease, which is equivalent to 57,880 samples per million inhabitants since the beginning of the pandemic and on weekends even fewer diagnostic tests are performed than in the rest of the week. If these factors are added to the delay in loading the data in the AMBA and in the provinces, the statistical data of the epidemiological picture in real time in Argentina can be exposed to inaccuracies. For the physicist and researcher UBA CONICET and advisor to the governor Axel Kicillof, Jorge Aliaga, “In Argentina, between 5 and 8 million people must have already been infected with COVID-19 despite the fact that 1 million have been confirmed by PCR or epidemiological link”. For the expert, This has to do with the low number of daily tests carried out.

“They take us out for something we already knew. As they do not have enough to load the positive and deceased cases in the databases, they prefer to give priority to that and not to load the negative ones. This obviously influences how positivity is counted and that is why it is giving such high values. If you looked at the provincial reports, the positivity was much lower. They were prioritizing loading deceased and confirmed cases over negative tests. This problem was known and I was already warned, ”he told Infobae Rodrigo Quiroga, bioinformatics specialist.

Coronavirus: what did Argentina do wrong to become the fifth country with the most infections

Argentina went from being a country praised for its handling of COVID-19, to having the highest positive rate in the world