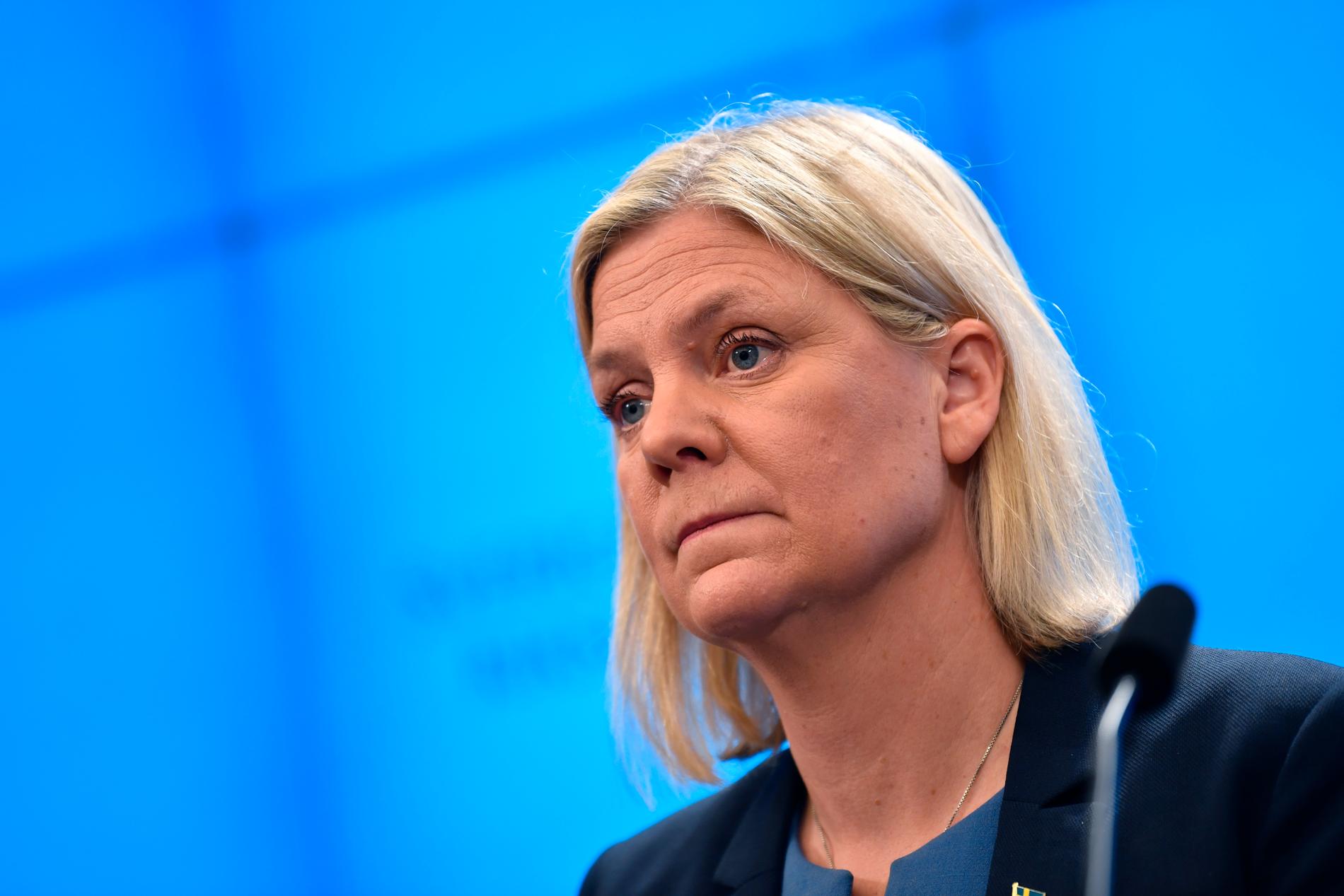 Magdalena Andersson hopes for a quick comeback as Sweden’s first female prime minister. On Wednesday, she had to resign a few hours after she was appointed.

– I fully understand that this appears to be very messy, Andersson said when she met the press late Wednesday afternoon.

The background for the dramatic departure was that the Social Democrats’ coalition partner the Green Party left the minority government. It happened shortly after the Riksdag voted down the new government’s budget – the same day that Andersson was approved as the new prime minister.

Instead, the Riksdag approved the budget proposal from the opposition parties Moderaterna (M), Kristdemokraterna (KD) and Sverigedemokraterna (SD).

The Green Party made it clear that they will not continue to govern on a budget negotiated with the Sweden Democrats and therefore left the governing coalition.

– We must be able to look our voters in the eye and feel proud of the policy that is being pursued, said the Green Party’s spokesperson Märta Stenevi in ​​a comment.

Andersson then stated that she had asked the Speaker of the Riksdag, the Speaker, to release her from her task as Prime Minister.

“According to constitutional practice, a coalition government should resign when one of the parties leaves it,” she said.

– I do not want to lead a government whose legitimacy is questioned, Andersson added.

The Speaker Andreas Norlén stated shortly after he had received and approved Andersson’s resignation application.

The plan was for Andersson’s government to formally take office on Friday. Norlén will now contact the party leaders to discuss the situation and has announced a briefing on the way forward on Thursday.

Until such a government sees the light of day, former Prime Minister Stefan Löfven will serve as interim prime minister.

Andersson emphasizes that she is betting on a quick comeback, but then as prime minister in a social democratic minority government.

– I am still willing to become prime minister, but in a social democratic one-party government, she says.

Both the Green Party and the Center Party have made it clear that they will vote for such a government, and so will the Left Party.

– The agreement with the Green Party and the Social Democrats still applies, writes Left Party leader Nooshi Dadgostar on Facebook.

Støre believes in a solution

– I am confident that Sweden will find a solution to the parliamentary situation, says Labor leader Jonas Gahr Støre in a comment on the dramatic development in Swedish politics.

Støre knows Andersson well and spoke to her the same day she was elected as the new party leader for Ap’s Swedish sister party.

– This is a situation that is both parliamentary, and which is about the structure of the budget. She has been finance minister and knows that budget. She will make her assessment of the possibility of taking Sweden safely through the months leading up to the election next autumn, Støre tells NTB.

When Andersson’s was approved as Sweden’s 34th prime minister on Wednesday, it was by the narrowest possible margin. It happened after the Left Party the night before agreed to give passive support to her in exchange for the minimum pension being increased by 1,000 kroner a month.

The joy, however, was to be short-lived. The Center Party’s leader Annie Lööf criticized Andersson for giving the Left Party too much influence and therefore refused to support her proposal for a state budget.

The Green Party reacted strongly to the Center Party’s decision.

– The Center Party has chosen to drop from a budget negotiated with the Sweden Democrats, which creates differences between people, who slaughter the environmental budget and increase emissions, Stenevi says.

– We have a unanimous party behind us in the view that we can not sit in a government that is forced to implement a budget that SD has negotiated, she says.