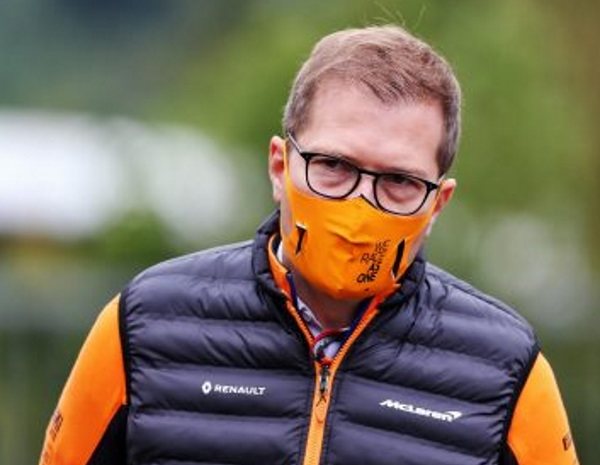 McLaren manager Andreas Seidl believes that seeing cars sliding on the track is not F1, there can be difficult conditions, but not that as constant. Many times we have seen wet conditions that have complicated things and made it more exciting, but it does not seem in favor of a track as slippery as Intercity Instambul Park. While many have dubbed Turkey the best race of the entire 2020 season, McLaren’s is not so convinced. Well, working all year round and reaching tracks where you can’t find your potential because the asphalt is not a regular, it seems that he doesn’t like that.

We can come to understand it, Andreas claims that an F1 is created to be the best, the fastest and the one that has the best performance under normal conditions. But, they could go further, stating that these things can happen. We want F1 to be with battle, with uncertainty and not with predictability. It is very good that they work to have the best car, Mercedes is the best today, it was difficult for them to appear throughout the weekend, but that was when the hands of Lewis Hamilton appeared to mark the differences. The talent of the Briton made up for the deficiencies in his car in Turkey for a sensational victory. Maybe that is the true DNA of Formula 1, the mix between the best car and a great driver, there is no reason to leave everything in the hands of the machines.

Disgruntled with what he saw in Turkey

“There were a lot of comments in both directions. Is it positive or negative what we saw on Friday and Saturday from Turkey in F1? Of course, a race like that I don’t know … but at the same time, we also have to admit that we have seen that many times in the wet or in difficult conditions these exciting races occur where many things happen. It’s clear that everyone wants to see cars fighting on the trackHe wants to see overtaking maneuvers, he also wants to see that not always the same cars are in front, he wants to see that people can really regain positions by going up all over the grid from the back. “

“But at the same time, F1 is also, under normal conditions, about build or design the best car and turn it into the best performing single seater. And then it is also normal that the best car is ahead in qualifying and also in the race. That is also part of the DNA of F1. I think there will be a lot of positives from 2022 onwards with the new technical regulation, which should allow the cars to compete more together, which should also help to see more overtaking maneuvers. Also, all the other things that are being agreed on as well, like the spending limit, should also help to even things out overall. And I think there is no reason to be pessimistic. “