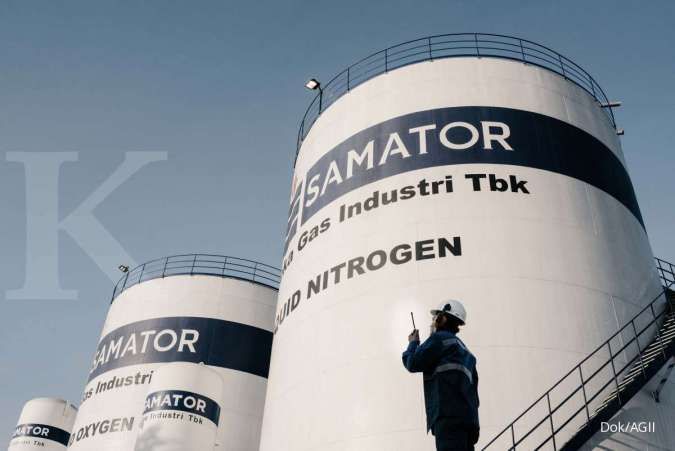 KONTAN.CO.ID – JAKARTA. PT Aneka Gas Industri Tbk (AGII) carved a good performance throughout the first semester of 2021. This can be seen from the company’s revenue and net profit which skyrocketed in the first six months of this year.

Based on the company’s financial reports, Aneka Gas’ net profit reached Rp 94.89 billion in the January-June 2021 period. This realization rose 468.1 percent from net profit in the same period the previous year, which was only Rp 16.70 billion.

The increase in net profit is inseparable from AGII’s soaring revenue. It is noted that this gas supply company for industrial needs posted a net income of Rp 1.29 trillion, up 25.7 percent from revenue in the first half of 2020 of Rp 1.03 trillion.

In detail, AGII’s revenue was dominated by gas products which reached Rp 1.22 trillion or 94% of total revenue. This was followed by sales from service and equipment revenues of Rp 75.41 billion. All sales are sales to the local market.

See also  This is Bill and Melinda Gates' first investment after their divorce!

Other expenses increased to Rp 3.60 billion from the previous Rp 1.57 billion, which was mostly due to a loss on net foreign exchange of Rp 2.28 billion.

However, a number of other expenses have been observed to shrink. Such as general and administrative expenses which decreased by 2.6% to Rp 131.05 billion.