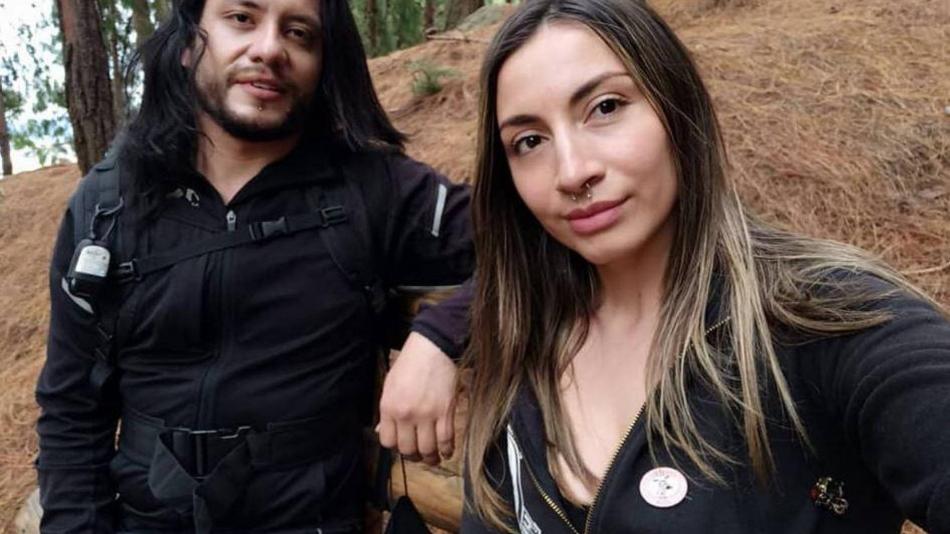 For six months, Ángela del Pilar Ferro Gaitán and Miguel Camilo Parra lived together in a house located at Calle 174, 8-31, in the El Redil neighborhood. He had a job in a bilingual call center and sold pet products through Instagram, and she traded through the internet.

They had already been having serious coexistence problems. Eight days before, she and her son had been attacked and it was for this reason that the young woman made the decision to separate from her partner.

(Read also: One month lasted the body of a woman hidden in her bathroom)

That happened on October 10, 2020. Camilo was angry, he was the victim of a robbery very close to the TransMilenio station in Toberín. “That day he started screaming horrible at his mother and aunt. Angela had to intervene, but she didn’t even manage to control it. That day, the spirits were so hot that a policeman had to intervene and even gave the women contact in case of any eventuality, “said Claudia Yaneth Díaz Gaitán, Ángela’s sister.

That day, Miguel Camilo returned at dawn with a frightening attitude. Mother and son slept together and that unleashed the man’s anger again. “He violently pulled her out of bed and the child was a victim and witness of that attack.”
​
Once again, Angela told her partner that this relationship was pointless and that she wanted to go with her son to a quieter place, but for some reason she always knew how to manipulate it. “She was afraid, she felt threatened, “said her sister.

(We recommend: Gender violence is not on the media agenda)

The young woman’s family also accuses some couple consultants of the Fow Rebaño de Lobos church of interfering in the relationship in favor of Miguel Camilo. “They instilled in them false ideas of what a home should be. They even achieved a change in Angela’s behavior, she ended up being far away from her family and her friends, ”said Claudia.

This church is promoted on Facebook as a Christian church and a non-profit community organization. “But for us it is a sect that did Angela a lot of damage.”

On Saturday, October 17, this young woman couldn’t take it anymore. She was so desperate that she called her friends Jonathan Alejandro Tuta Balcarcel and Óscar Alberto Salazar to tell them that she had to leave home as soon as possible. “We offered our house to both of them. We knew that her husband’s temper and aggressiveness problems could end in tragedy “they said.

(In other stories: Javier Ordóñez’s partner breaks their silence)

They also told EL TIEMPO that Camilo was a homophobic person. He was even able to offend them for being part of the LGBTI community.
But, again, something prevented this woman from going to her relatives and friends to protect herself from the threat. “We think she was afraid that she would do something bad to us or her family.”

As you saw it coming, the day of the tragedy arrived and unfortunately a child was the first witness. “Angela’s son called us begging for help. He told us: my mother received a blow to the head ”.

Óscar and Jonathan ran to help the family. “When we got to their house, the police were already there. The floor was bloody. Camilo’s mom and aunt talked about personal injury. That seemed unusual to us because Angela was struggling between life and death in the clinic ”.

While they were at the scene, the young woman had been taken to the Cardioinfantil hospital full of injuries and completely unconscious.

The boy, a witness to the attempted femicide, said that they had both fallen asleep and that at about 2:30 in the morning he heard a loud noise at the door of his house. “He went downstairs and saw Miguel Camilo attacking his mother,” said the family. The assailant forced him into his room against his will. Before the anguish and the cries for help, he was able to break the door, but the panorama he found was chilling.

Angela’s son called us begging for help. He told us: my mom got a blow to the head

His mother was lying on the ground. The living room of her house and Angela’s body were full of blood. “As if that were not enough, when Miguel Camilo saw him, he raised the ax and threatened him so that he would not warn anyone. He told her: ‘don’t say anything or see what awaits you,’ “said her aunt.

After that he hands him his mother’s cell phone number 123 and tells her to forgive him and runs off with the sharp weapon in his hands. “At that moment, he escapes and a few minutes later the police arrive to take my sister.” The boy told his family that he tried to take photos of everything, but that people close to the attacker would not allow it.

After witnessing such a scene, Óscar and Jonathan went to the hospital to find out about their friend’s health. “They told us that he required surgery on his skull, as he had received seven forceful blows with an ax.” Miguel Camilo Parra had a collection, which he showed off regularly on his social networks.

They told us that he required surgery on his skull, as he had received seven forceful blows with an ax

In addition, the young woman had signs of attempted mechanical suffocation, abuse, and many injuries from the struggle. “One of her breasts was full of bruises, as was her arm. One of her nails was detached from the flesh, ”said her sister.
He added that one of the blows was so severe that it fractured the young woman’s occipital part of her skull. “The other blow was three millimeters from piercing the dorsal vein. She was very close to dying ”.

Another problem they learned about as a result of the event was that Miguel Camilo had canceled Ángela’s affiliation to EPS Famisanar on October 14, 2020, leaving her without active coverage at the time of the criminal act.

As of press time, the attacker was still missing. “We hope that the authorities act quickly because our entire family is afraid of possible retaliation.”

(We suggest you read: She was Mayerly Díaz, the woman who died in the Ubaté air tragedy)

The complaint has already been filed with the Attorney General’s Office by Angela’s family, and the Women’s Secretariat is already in contact with them and at their complete disposal.

“From the entity we call on society to denature violence against women and seek our guidance and free support 24 hours a day, 7 days a week, through the Purple Line 01 8000 112 137”, said the Secretary for Women, Diana Rodríguez Franco.

According to Salud Data, domestic violence includes various expressions such as physical, economic, emotional violence, abandonment and neglect. The estimated rate in 2019 was 397 cases per 100,000 inhabitants, as captured by the Surveillance Subsystem for Intrafamily Violence, Child Abuse and Sexual Violence (Sivim). From March to September 2020, a total of 16,019 calls for violence against women were received in the Purple Line of the Secretariat for Women, 49% for psychological care, 25% for physical attacks, 22% for economic and 4% by sexual.

Other notes of interest:

Woman attacked by her partner with an ax in Bogotá fights for her life.

The man who murdered his children in Zipaquirá sent photos of their bodies.

“With debts and without work in events, the will to live left me.”

Gangs are fighting in the El Amparo neighborhood with blood and fire.