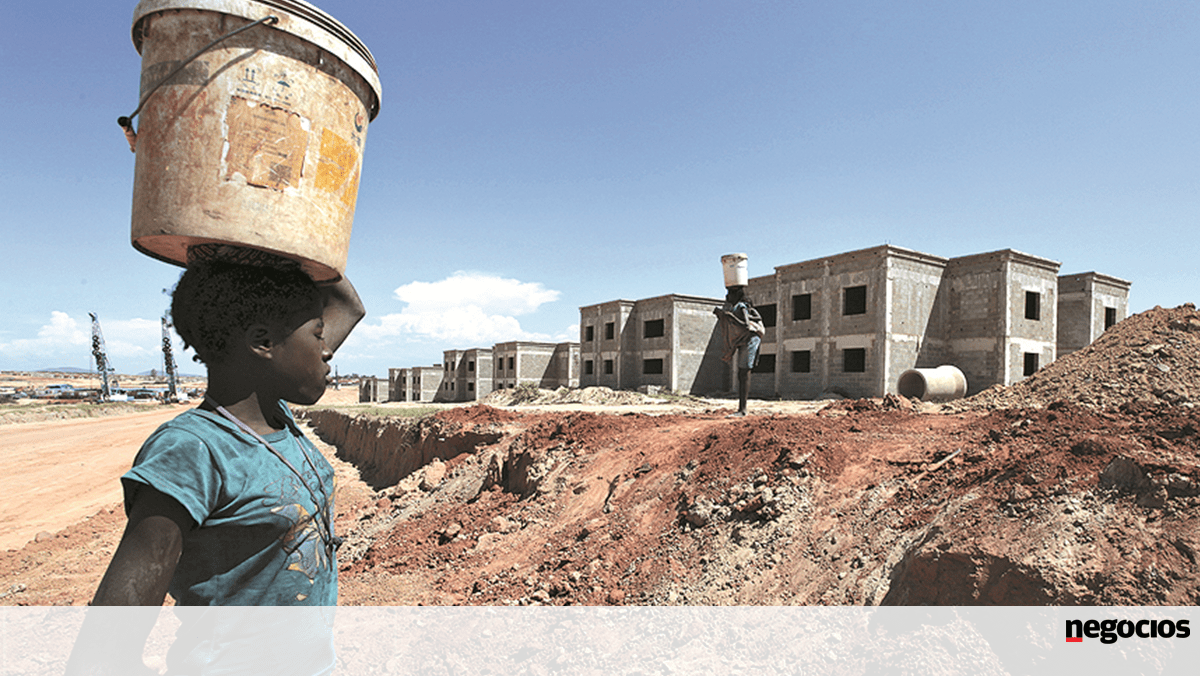 BANK
The 90’s marked the entry of Portuguese banks in Angola with the normalization of the country’s financial system, after the post-independence nationalizations (1975).

Of the banks that make up the Angolan banking sector, five concentrate the majority of the market. Of these, two have capital of Portuguese origin: Banco de Fomento Angola (BFA), in which BPI is a shareholder, and Banco Económico, formerly Banco Espírito Santo Angola (BESA), of the Espírito Santo group, which was eventually dragged into the downfall of the group. Novo Banco maintains a position in this Angolan institution, which is dominated by Sonangol.

Also in the country are BCP, through Banco Millennium Angola (BMA) and Caixa Geral de Depósitos, at Banco Caixa Geral, where it had a partnership with Santander Totta, which sold its position in 2015. Montepio is also present. present in this African nation, through a 51% stake in Finibanco Angola.

Angola’s presence in Portuguese banking is more recent and has undergone many changes in recent years, after Luanda Leaks.

Sonangol is currently the second main shareholder of BCP, with 19.49%.

At BPI, Santoro sold its stake in CaixaBank’s Public Offering (OPA) in 2017.

In turn, BIC Portugal bought BPN for 40 million euros from the Portuguese state, but after Luanda Leaks, the institution (now EuroBic) announced that businesswoman Isabel dos Santos would abandon the Portuguese bank’s shareholder structure, a measure to “to safeguard the trust in the institution”, according to the financial institution.

See also  The new Range Rover Sport is also emerging. Take a look at the footage from testing

However, this sale has not progressed yet and the businesswoman remains at the bank, through Finisantoro (17.5%) and Santoro Financial Holding (25%), according to the latest information available on the bank’s website, and the participation is arrested.

ENERGY AND INDUSTRY
Holding Esperaza, a joint venture in which Sonangol holds 60% of the shares and Exem (of Isabel dos Santos) holds the remaining 40%, controls 45% of Amorim Energia which, in turn, is a shareholder of reference of Galp. However, the Angolan state oil company announced in July this year that it had been declared the sole owner of the investment made in Galp, according to the final decision of a Dutch court that arbitrated the litigation between the oil company and Exem, which, in turn, appealed of the decision.

The Portuguese oil company’s relationship with Angola dates back to 1982, dedicating itself to oil production and exploration.

In the industrial area, with links to energy, Isabel dos Santos’ position at Efacec was, until last year, the majority, but was eventually nationalized by the Government after the businesswoman left, due to Luanda Leaks. It is now in the process of reprivatization.
CONSTRUCTION
The most emblematic presence of Portuguese companies in Angola belongs to Mota-Engil. The company led by António Mota and Gonçalo Moura Martins has been in the country since its foundation in 1946, but has been strengthening and diversifying its presence in recent years, following the economic development of that market.

Mota-Engil Angola, the subsidiary created in 2010 by the group for this country, has shareholders such as Sonangol (20%), and the Angolan State plans to sell this position.

TELECOMMUNICATIONS AND MEDIA
In telecommunications, Isabel dos Santos’ participation in Zon, through ZOPT, is arrested by the court, and in March, Sonae’s executive president, Cláudia Azevedo, stated that she is “in expectation” that the arrest “is corrected” ZOPT’s assets so that the partnership with the Angolan businesswoman is dissolved.

Asked about the dissolution process of ZOPT – 50% held by Sonaecom and the remaining half by Isabel dos Santos -, Cláudia Azevedo said she was waiting for the situation to be resolved.

In the media, Angolan Newshold still holds 2.4% of the group founded by Pinto Balsemão in Impresa, having abandoned other positions in the national media.