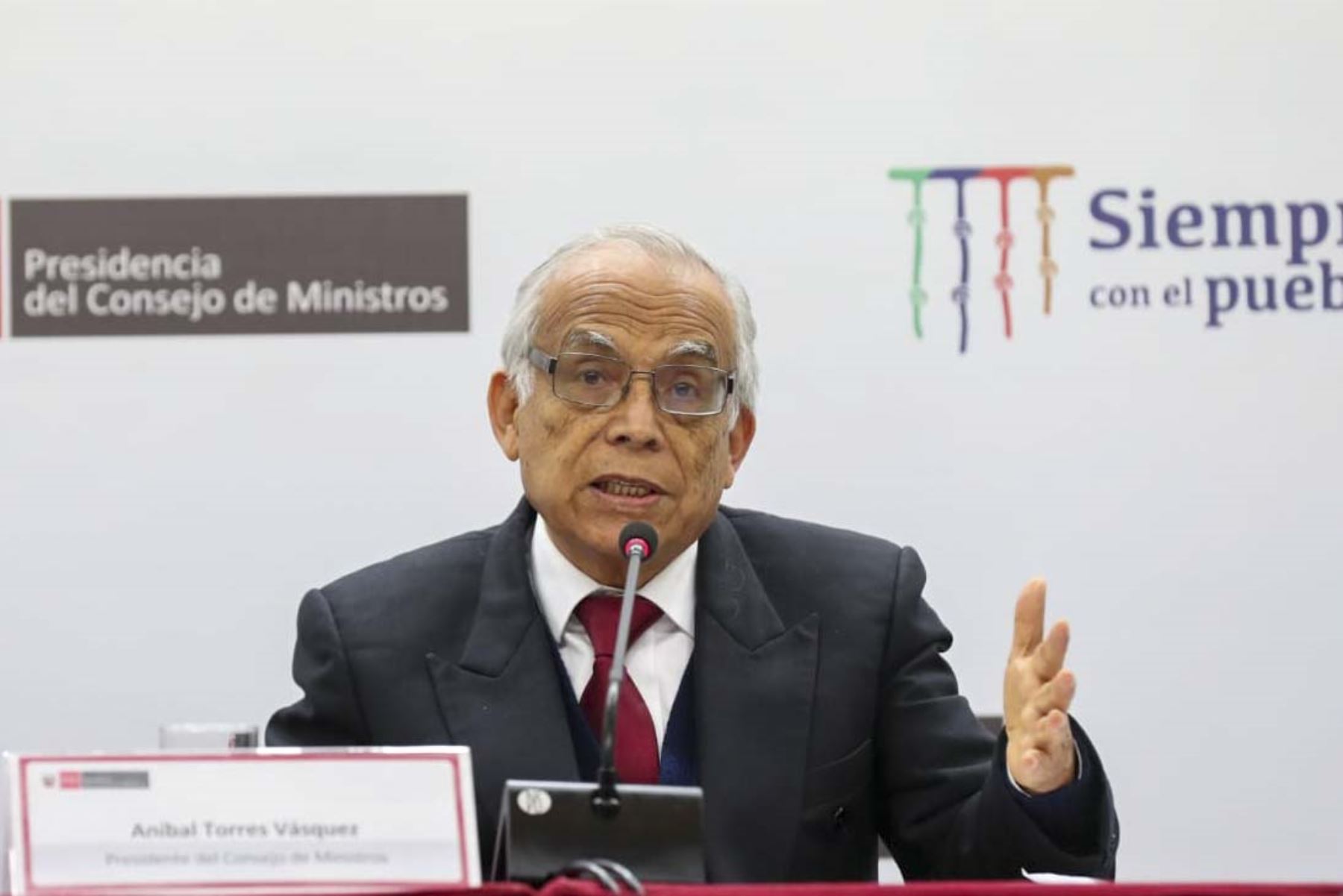 The President of the Council of Ministers, Aníbal Torres, reported that today a bill was approved so that foreigners who fail to comply with the health provisions in force in Peru or who are outside the law are expelled from the country.

At a press conference, Torres explained that the legal initiative, which will be sent to the Congress of the Republic, adds new assumptions to Legislative Decree 1350 referring to the expulsion of foreigners with illegal stay or with problems with the law.

The premier explained that now the expulsion will also occur with those who are involved not only in contempt of health regulations – for example the three doses of vaccines against covid-19 – but also with those who do not have their respective identity document.

Those found to have firearms or explosives without authorization could also be expelled; also drugs or narcotics; that drive motorized transport without accrediting the respective permit; or who drive vehicles without proving ownership or transfer of the same.

Likewise, to foreigners who disrespect authority, either by word or deed, when they intervene in the exercise of their function.

At this point, the legislative proposal proposes to extend the crime of resisting authority from 3 to 6 years of imprisonment.

Aníbal Torres said that foreigners who do not register the full dose of the covid-19 vaccine will also be expelled from the country, since they would be failing to comply with the health regulations against the pandemic established by the Government.

In this regard, the Minister of Justice, Félix Chero, specified that this legal proposal also considers that non-compliance with administrative regulations will be liable to the crime of resisting authority.

See also  Vaccines for children 0-5 years old? The pediatrician: "Trial in progress, we await the results"