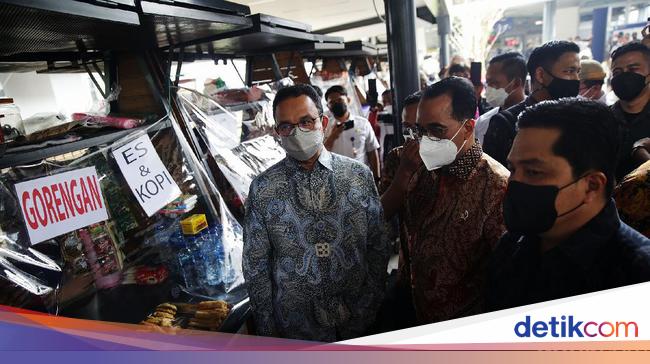 The collaboration of the three was marked by the launching of the Jak Lingko card and application, the construction of the Multipurpose Crossing Bridge (JPM) and the revitalization of Sudirman Station, the inauguration of the Phase 2 (Tebet and Palmerah) Station area arrangement, and the signing of the Jabodetabek Transportation integration document.

“All of this will be able to make Jakarta and Greater Jakarta equal to other developed cities in the world,” said Anies in his remarks, Wednesday (29/9/2021).

Anies said that this is not the first time that the cooperation with the two Jokowi ministers has been carried out. He mentioned that a week after Erick was appointed as the Minister of State-Owned Enterprises, the two of them immediately started to work together.

“We agreed to meet, he chose to come to the city hall and there was an order from the President at that time to carry out what had to be done in Jakarta. It seems simple, but this is very important, we underline that collaboration is the key word,” he said.

Anies also conveyed the cooperation that had been carried out with the Minister of Transportation regarding the arrangement of the Tanah Abang Station area.

“We still remember Mr. Budi, 1.5 years ago in March/April we inaugurated Tanah Abang, and when Tanah Abang became a lot of people who saw his face change, now when you get off the train, the integration between transports also takes place smoothly. really – if the language is now smooth – we hope that we can continue to solve this,” Anies added.