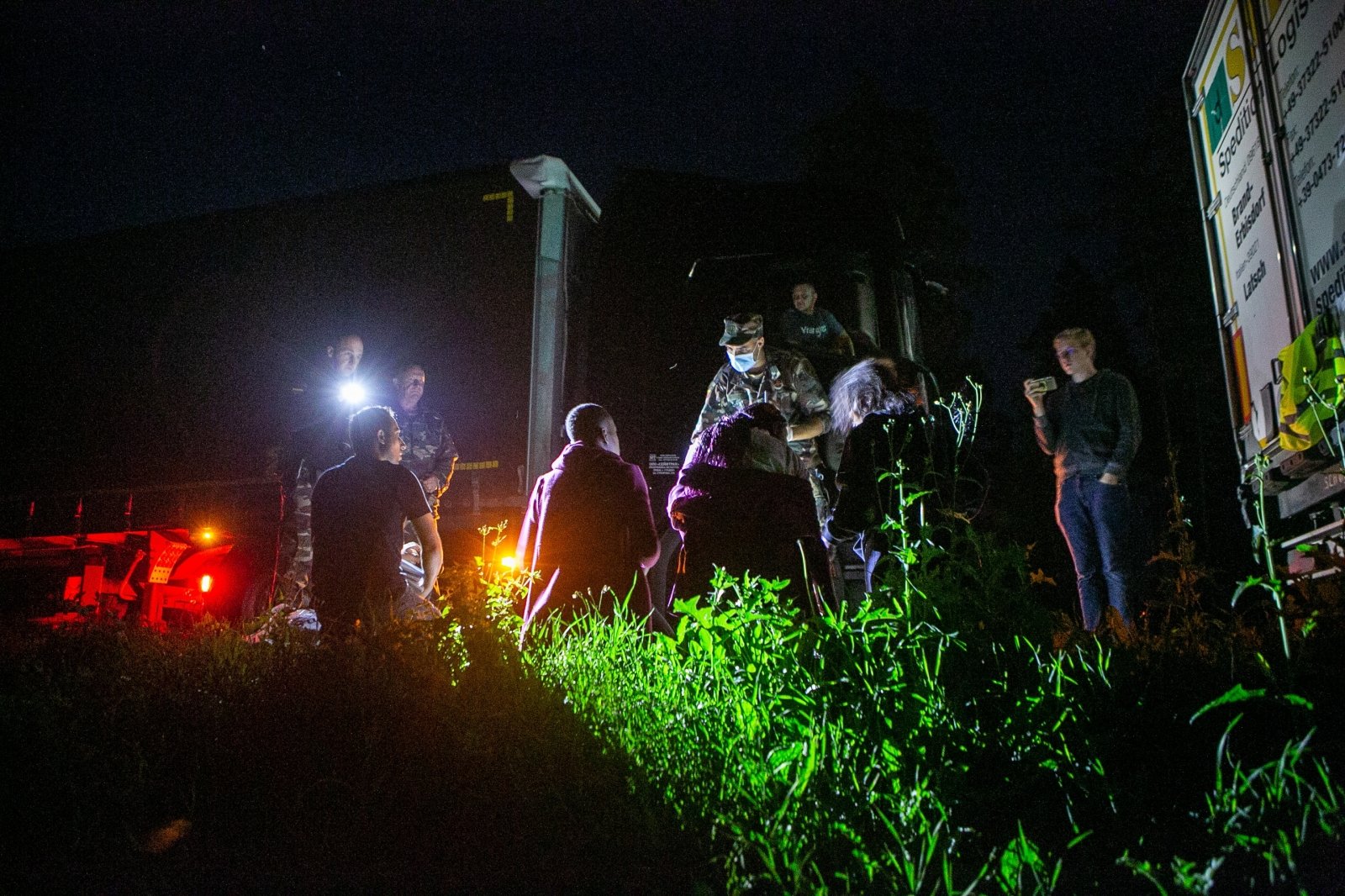 There was no reaction after the first such report, nor after the second, nor after the sixth, and so on. Neighboring state officials “accepted” the information, but did not “see” the persons and did not react in any way. Migrants continued to wait calmly, and Lithuanian border guards stood on their way to Western Europe.

Even after more than 6 hours, ie until 9 o’clock, the situation did not change, except that the migrants had retreated a little to the depths of Belarus, but did not disappear from the horizons of the Lithuanian border guards. Later, they approached the wall again.

Such cases have recently been recorded continuously at the Lithuanian border. For hours, Belarusian officials have not responded to reports of migrants waiting at the border.

Of the 110 migrants detained on Monday, 93 introduced themselves as Iraqi citizens or had documents from that country.

Aliens detained on Monday will be tested for COVID-19 and isolated until results are available. The circumstances of the events are being clarified, investigations are underway. Asylum seekers have been notified of the Migration Department, which processes such applications.

This year, 2,839 illegal migrants tried to enter Lithuania from Belarus until midnight from Monday to Tuesday. This figure is 35 times higher than it was throughout 2020. Last year, 81 such foreigners were detained across the Lithuanian border. 2019 46 illegal migrants were caught by border guards in 2018; – 104, 2017 – 72.

Between this year’s border with Belarus The largest number of detainees are Iraqi citizens or foreigners who have introduced themselves – 1,724. There are also 191 Congolese, 129 Cameroonian, 83 Russian, 81 Iranian, 78 Guinean, 77 Afghanistan and Syrian and foreign nationals.

Since the beginning of the year, according to preliminary data, the largest number of migrants was detained within Druskininkai municipality – 652. 637 foreigners illegally arrived from Belarus were detained in Šalčininkai district, Varėna – 543, Ignalina – 432, Švenčionys – 291, Lazdijai – 167.

A large part of the detainees seek to enter Western European countries through Lithuania.

With a significant increase in the number of such cases, the SBGS has strengthened border security with Belarus. In addition to various organizational measures, officials from other SBGS units were seconded to this section and additional technical resources were allocated. In addition, border guards were assisted by forces from other Lithuanian institutions, including the army, as well as officials from the European Border and Coast Guard Agency FRONTEX and Estonia.

See also  In India, over 46,000 have been identified. cases of fatal fungal infection