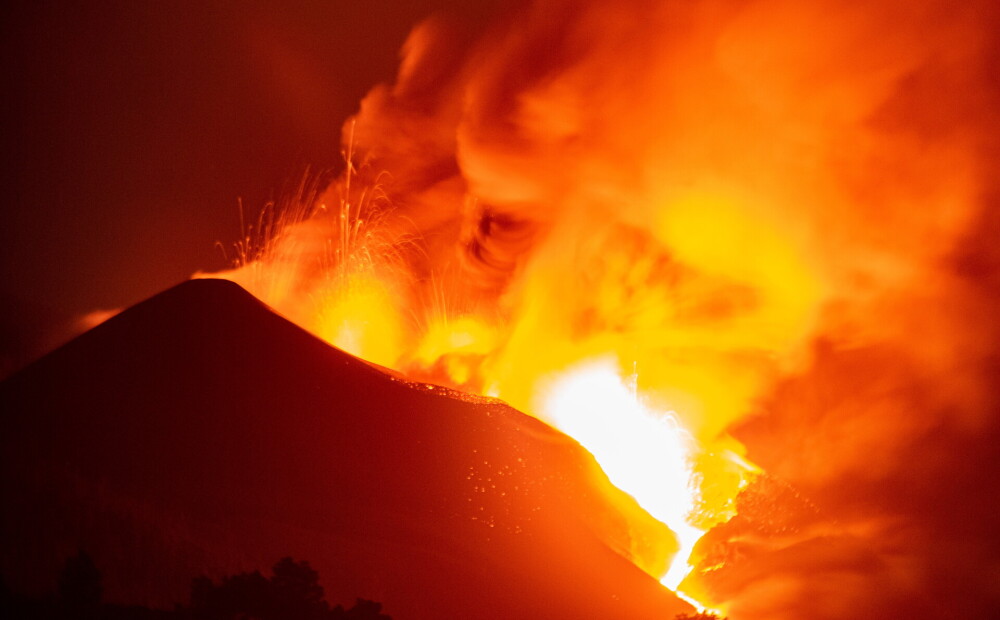 The total number of evacuees exceeded 7,000.

100 new underground shocks were registered, which, however, were weak or moderate.

One 4.5 magnitude underground shock has also been recorded, which has been the strongest since the eruption of the volcano on September 19.

Since the northern cone of the volcano fell last Saturday, the lava flow through the populated area to the ocean has intensified.

Lava has become hotter, reaching 1,200 degrees, as well as thinner, but its current – faster.

No one was injured or killed.

The island’s airport continues to operate, said the operator “Aena”, but it only serves a few airlines.

Air traffic to the other islands of the archipelago operates as usual.

See also  At Christmas and New Year can trigger deaths and hospitalizations if immunity from the vaccine is only 1 year. The 3 scenarios of health authorities - Observer