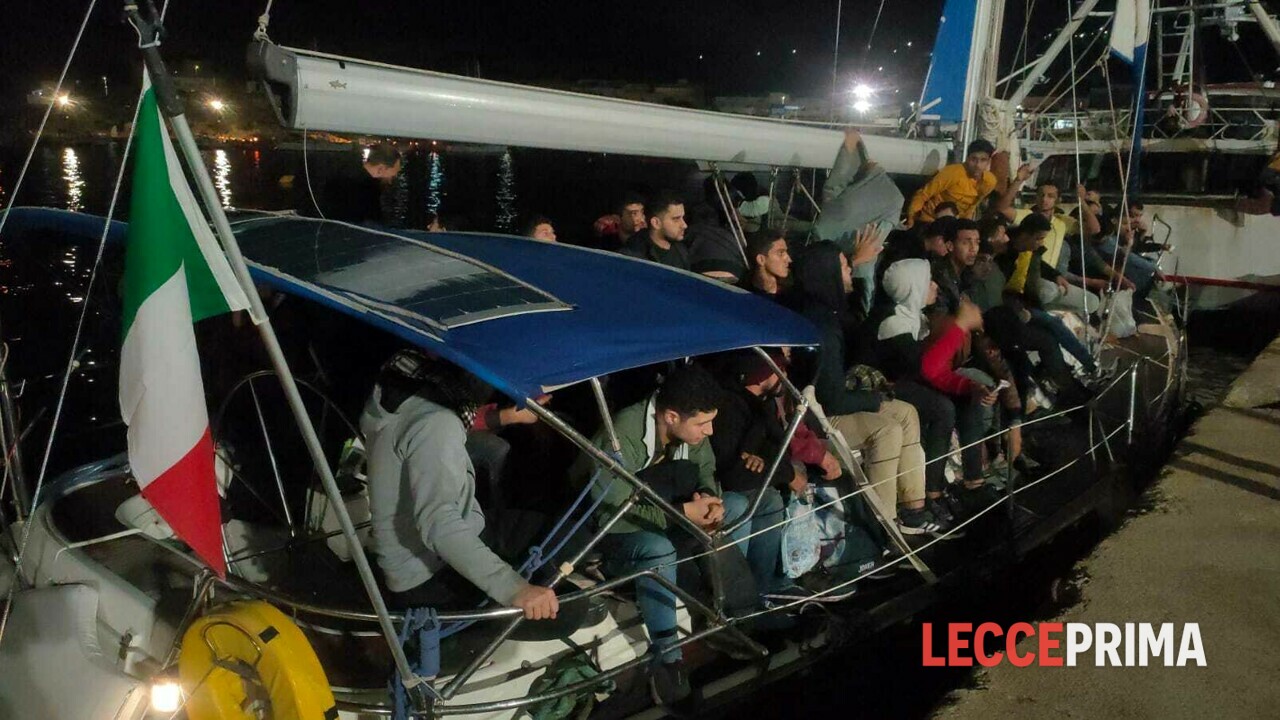 LEUCA – As expected, the wave does not seem to want to stop: today there was the fourth arrival of migrants along the Salento coast just over a week after the maxi-landing in Santa Maria di Leuca (over 200 migrants crammed onto a fishing boat) and from triple tracing in the last 24 hours with as many boats conveyed to the docks of the ports of Gallipoli, Otranto and Leuca.

In the late evening today a sailing boat, carrying its human cargo of about eighty migrants, was intercepted about 5 nautical miles off the coast of Santa Maria di Leuca by the naval units of the financial police and the guard coastal patrol operations.

The joint activity made it possible to reach and escort the boat (the coast guard did), towards the port of Leuca where it arrived around 8 pm when the organization of the rescue was already operational with the intervention of the service emergency 118, Usmaf personnel, and the public health department of the Red Cross of the Provincial Committee of Lecce.

Doctors and volunteers provided humanitarian and health assistance to migrants (only one of them had to be transferred to hospital due to diabetic heart failure), for which identification operations are still underway: this is for the precsession of 75 people , all men, including 27 minors, mostly citizens of Egyptian, Palestinian, Syrian and Afghan nationality.

The escape attempt of the alleged smugglers is also blocked in the bud. A couple of individuals, of Ukrainian nationality, who were on the boat, once boarded the tender on board, tried to move away and gain shore, but were immediately stopped by the intervention of the financials.

The two were later arrested for aiding and abetting illegal immigration. Once the landing and rescue operations were completed, the migrants were transferred to the first reception centers.