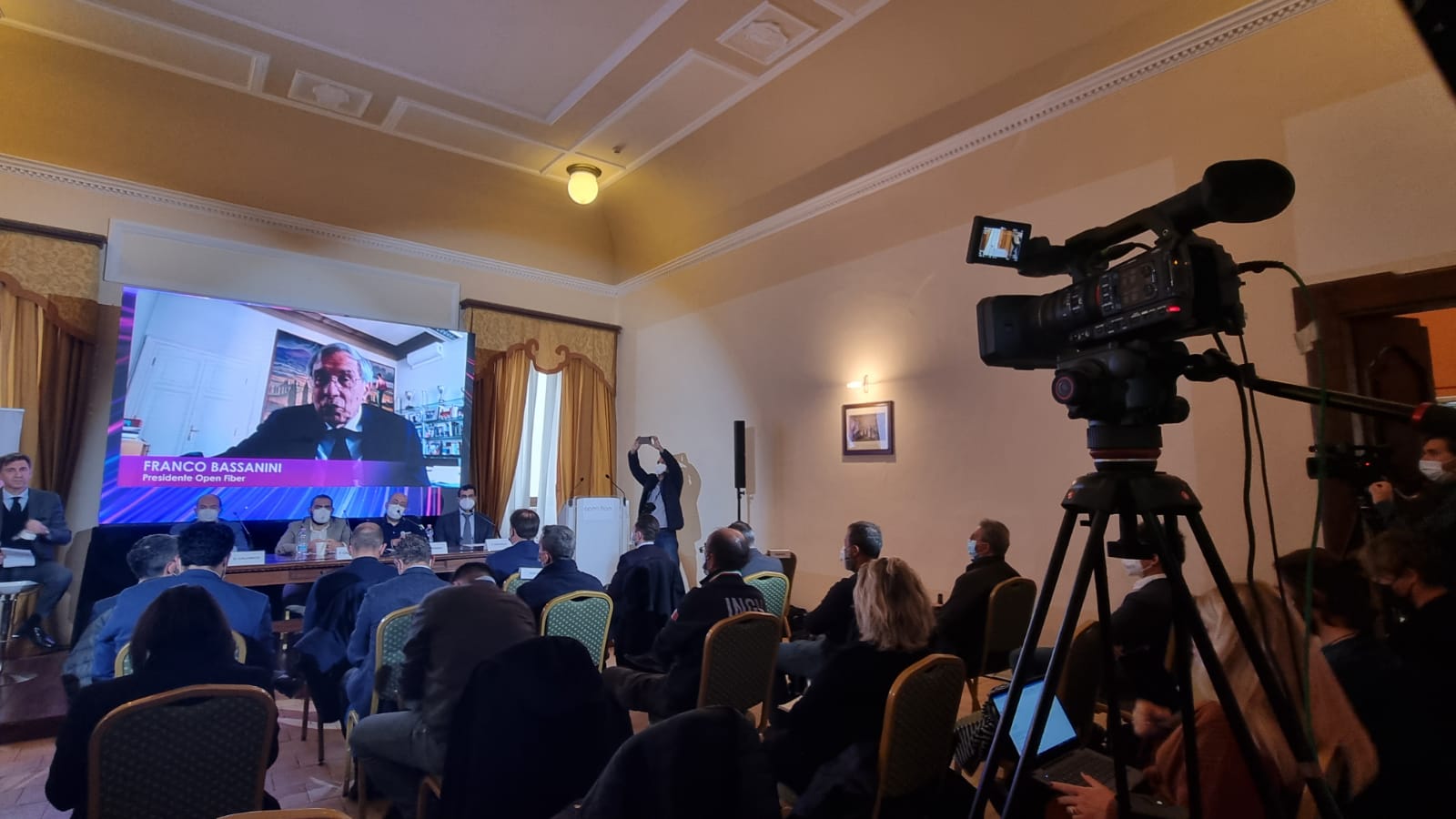 An innovative seismic wave monitoring system based on optical fiber and in particular on the so-called “fiber sensing” which allows measurements in real time: this is the goal of progetto “Meglio” (Measuring Earthquakes signals Gathered with Laser Interferometry on Optic Fibers) carried on by Open Fiber, the National Institute of Metrological Research (Inrim), the National Institute of Geophysics and Volcanology (Invg), Bain & Company e Metallurgica Bresciana.

The project is an absolute world first and were announced today i first results of the experimentation two-year duration started in 2020 (it will end at the end of 2021 with post processing) on the optical fiber section of Open Fiber that connects the Point Of Presence (PoP) of Ascoli Piceno and Teramo.

“From earthquakes we can and must learn lessons to develop adaptation strategies by leveraging the evolutions of technology. And sensors are one of the solutions that cannot be ignored, highlighted Guido Castelli, Councilor for Budget and Reconstruction of the Marche Region in recalling that the measure 1.1 of the PNRR has put on paper the need for the application of sensors in a massive measure – about 17 thousand – in an anti-seismic key. “The 2009 earthquake made us all too resilient and also able to field and export engineering-technological knowledge”, underlined Guido Liris, Councilor for Budget and Informatics of the Abruzzo Region. “Today we talk about smart cities and we know something about it: paradoxically after a destruction it can be reconstructed in an intelligent way using the best technologies”.

President Franco Bassanini, in video link with Ascoli Piceno during the press conference to present the results of the trial. turned the spotlight on the peculiarity of the project: “This is a unique experiment of its kind because never before has monitoring been carried out through optical fibers in a terrestrial context – that is, rich in anthropogenic noise considering the urban environment – on a commercial network that simultaneously transports the data coming from the exchange of information via the internet “.

Bassanini pointed out that “iFiber sensing is another of the positive externalities possible with an entirely fiber optic network. We started with seismic monitoring and decided to start from two regions that suffered from earthquakes, the Marche and Abruzzo, but this is just one of the first examples. Today we apply fiber sensing for earthquakes, tomorrow we will do it to monitor and detect a number of other activities and events, from the traffic of vehicles and people on bridges and roads to excavations passing through the losses in the energy pipelines and so on”. Fiber – added the president of Open Fiber – is the enabling condition to make our country smarter as well as safer and easier for all of us. The applications that our partners have started to develop are the tool to realize the opportunities. The PNRR is an opportunity that must be seized with intelligence and in the most useful way possible. Thanks to high capacity networks, such as that of Open Fiber, it will be possible to carry out objectives in the interest of the country “.

Regarding specifically the experimentation on the Apennine ridge between Marche and Abruzzo, in the initial phase it concerned the rconstruction of interferometric laser sensors that were installed close to the fiber optic network last June which connects Teramo and Ascoli Piceno, two places considered by Ingv of particular scientific interest. “Inrim designed, built and installed the sensor, bringing the innovation and technology transfer content of the science of measurements and metrology – he explained Davide Calonico, Head of Quantum Metrology Division at the INRIM –. Together with Open Fiber, it has taken care of full compatibility with the existing data network, with Ingv it develops the comparison of the measured data with respect to conventional seismographs and with Bain it deals with the most advanced data analysis models ”.

on your part Andrè Herrero, first researcher of Ingv, he explained that “the main role of the Ingv in the Meglio project is the validation of the observations made on the optical fiber, thanks to its network of over 500 instruments spread over the national territory. The Ingv shares the recordings of the nearby seismic stations and compares them with the measurements made via the optical fiber. An additional seismic station was installed near the Meglio instrumentation in Ascoli Piceno precisely to compare the data collected. In addition, the Ingv researchers offer advice on earthquakes, wave propagation and interpretations of the observations to support the project ”.

The sensors have already produced large amounts of data, available on the Open Fiber servers and analyzed by Bain & Company through sophisticated mathematical algorithms: the data is currently being “cleaned” from the noise in order to make them usable by Ingv. “Bain & Company, through its team dedicated to Advanced Analytics, stores, processes and analyzes the data received from Inrim – explained Francesco Piccolo Director, Data Science, Advanced Analytics Group of Bain & Company -. Bain also deals with the creation and installation of an application that allows the extraction and monitoring of historical and real time data with the aim of developing in the long term an algorithm capable of detecting earthquakes by exploiting the optical fibers already installed on the national territory ” .

If the tests are successful “and we have no doubts that it will go like this” – announced Bassanini – Open Fiber aims to apply them throughout its network dthus obtaining a monitoring system in Italy which, by mimicking the functioning of the nervous system, would be able to detect seismic movements along the entire monitored section. And it could also act as a Earthquake Early Warning system seigning impending earthquakes before the arrival of the seismic waves. Francesco Carpentieri, Open Fiber Transport Engineering Manager, he also pointed out that “the technology could find numerous applications that go beyond earthquake monitoring. Fiber sensing transforms a common fiber optic cable into a continuous series of thousands of virtual ‘microphones’ that listen in real time to the vibrations and sounds produced in the environment where the fiber link is located. Through the use of advanced software algorithms it is possible to listen, monitor and detect various activities and events that occur in the environment, not only earthquakes but also the traffic of vehicles and people, excavations, losses in energy pipelines, defects on railway transport lines , and so on”.

See also  Petrol and diesel - current prices in the chart. Comparison in the Czech Republic and in the world

THE TECHNICAL REPORTS OF THE “BETTER” PROJECT