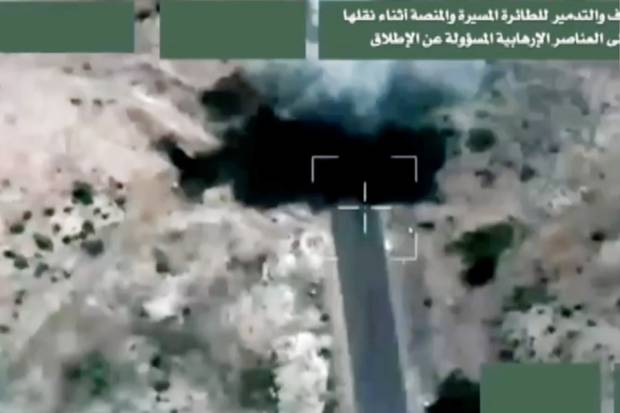 There were no reports of casualties from the attack. But local residents reported a big explosion.

In a statement reported by the Saudi state news agency (SPA) on Twitter, Arab coalition said air strikes had been carried out against legitimate military targets in Sanaa.

The statement described the ballistic missile site as a classified site, and said one of the high-value targets had been destroyed.

The coalition said it had taken steps to save civilians from additional damage, adding that the secret position of the site had used hospitals, organizations and civilians as human shields. Al Arabiya, Tuesday (11/23/2021).

The Arab Coalition called on civilians not to congregate or approach positions that have been attacked.

Residents told Reuters that explosions had rocked neighborhoods north of the city, and said two military sites had been attacked.

The Houthis have repeatedly launched cross-border attacks on Saudi Arabia using drones and missiles since the Arab coalition intervened in Yemen in March 2015 after the movement toppled the internationally recognized government from the capital.

On Saturday the Houthis said they had fired 14 drones at several Saudi cities, including at a facility belonging to the Saudi oil company Aramco in Jeddah.

The conflict is widely seen as a proxy war between Saudi Arabia and Iran. The Houthis are carrying out attacks in Marib, the internationally recognized government’s last northern bastion, as well as in other areas of Yemen.