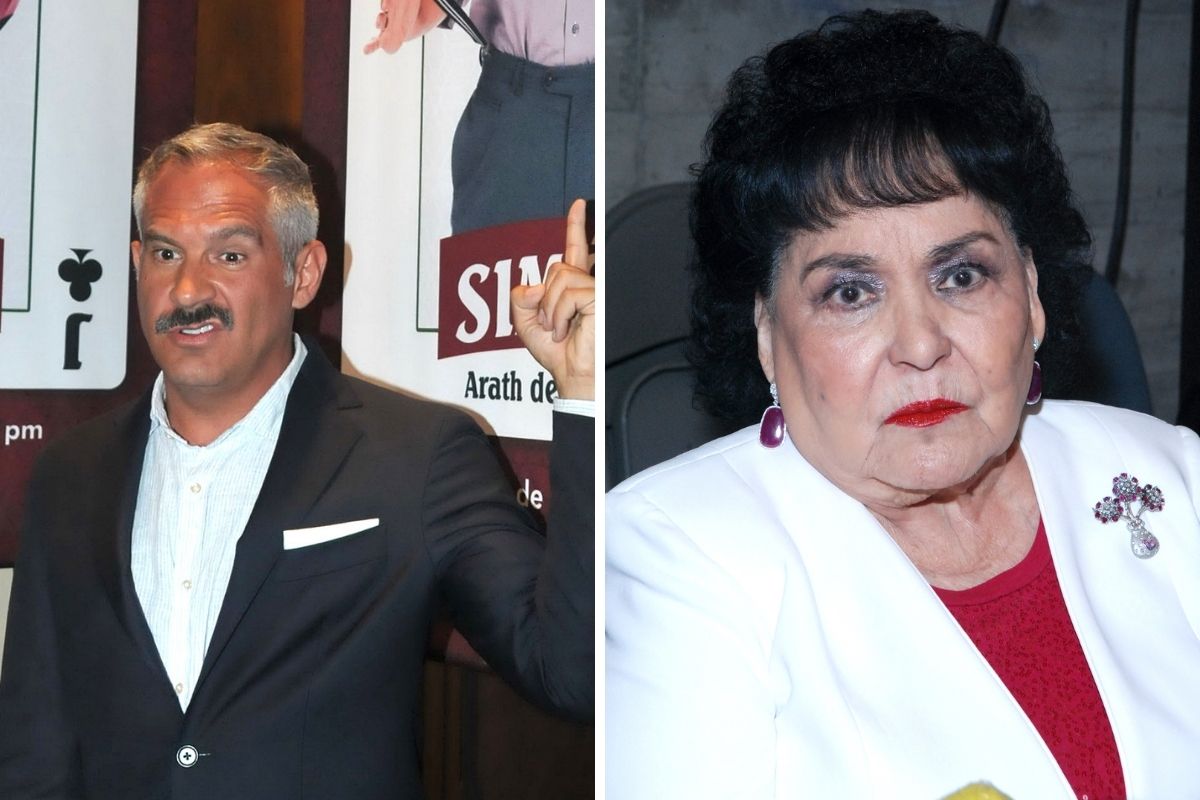 Arath de la Torre has angered social networks for an outrage he did to Carmen Salinas placeholder image, who since last November 11 is hospitalized and in a coma after suffering a brain hemorrhage.

And the fact is that the followers of the 82-year-old actress remembered the uncomfortable moment that the host of the program “Hoy” put her through, when she went to promote “My fortune is loving you”, her latest production, so they have demanded that Arath leave the Mexican morning and that it be canceled.

What did Arath de la Torre do to Carmen Salinas?

Carmen Salinas went to the Televisa forum to promote the telenovela. Andrea Legarreta and Arath de la Torre were in charge of speaking with her. Everything was going well until the driver made fun of the list that the actress made about the people who would participate in the production.

“Oh yeah you did your homework, now tell us about your memes. Okay, but now tell us a bit about your characterArath said without letting Salinas continue speaking and interrupting her.

Likewise, at some point, de la Torre made mocking gestures towards the camera, as if laughing at the fact that Carmen took the time to read all the cast names.

Yes OK, Arath de la Torre has been characterized as “irreverent”, “ironic”, “sarcastic” and even “quite rude”, now that Carmen is in the middle of a very delicate situation, many people dedicated themselves to point out the “bad treatment” he gave the producer of “Aventurera.”

The Mexican presenter has not been well liked by the public since he made his comment to which they considered “Racist” about the Papantla flyers.

Last June, it was part of a commercial for a pawn company that generated criticism and even the claim of the governor of Veracruz, Cuitláhuac García, who demanded that the material be withdrawn because it alluded to the Voladores de Papantla and their ritual in a derogatory way. .

“Do you know what the number of laps that the Papantla Flyers give and your first loan with MoneyMan have in common? That both generate zero interest to you ”, was one of the lines that Arath mentioned for the commercial.

Keep reading: They report the death of Carmen Salinas: the family comes out to deny it
– Apparently Carmen Salinas is reacting: hope remains
– Carmen Salinas did not suffer a stroke, they reveal the reason why she is in a coma