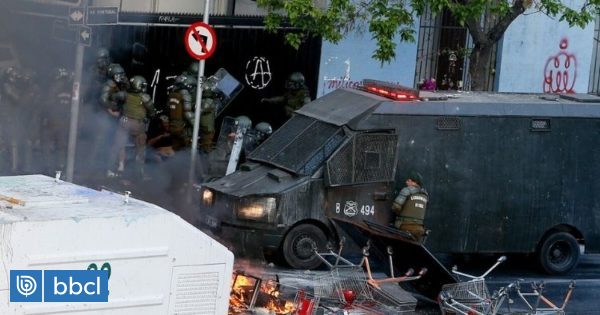 Through a statement, the Chilean Navy reported that a member of the institution He was detained by Carabineros during incidents that occurred in the Metropolitan region one year after the social outbreak.

“Naval Server is arrested in Santiago after participating in disorders during demonstrations,” is the title of the statement delivered by the Navy.

“On the afternoon of this Sunday, a member of the Institution, he was detained by police personnel after participating in public disorders, during the demonstrations that took place today in the capital, “says the letter.

“The Chilean Navy, categorically rejects participation in such violent acts, which are completely far from the current regulations and the principles and values ​​that guide us, and if the facts attributed to them are verified, Institutional regulations and disciplinary measures will be applied“Also adds the text signed by the captain of the Navy, Leonardo Chávez Alvear.

The document does not specifically detail why the Navy official was detained, which could be known this Monday during the detention control and eventual formalization.

However, not yet confirmed versions indicated that the member of the Navy had been detained for his participation in the fire at the Institutional Church of Carabineros.