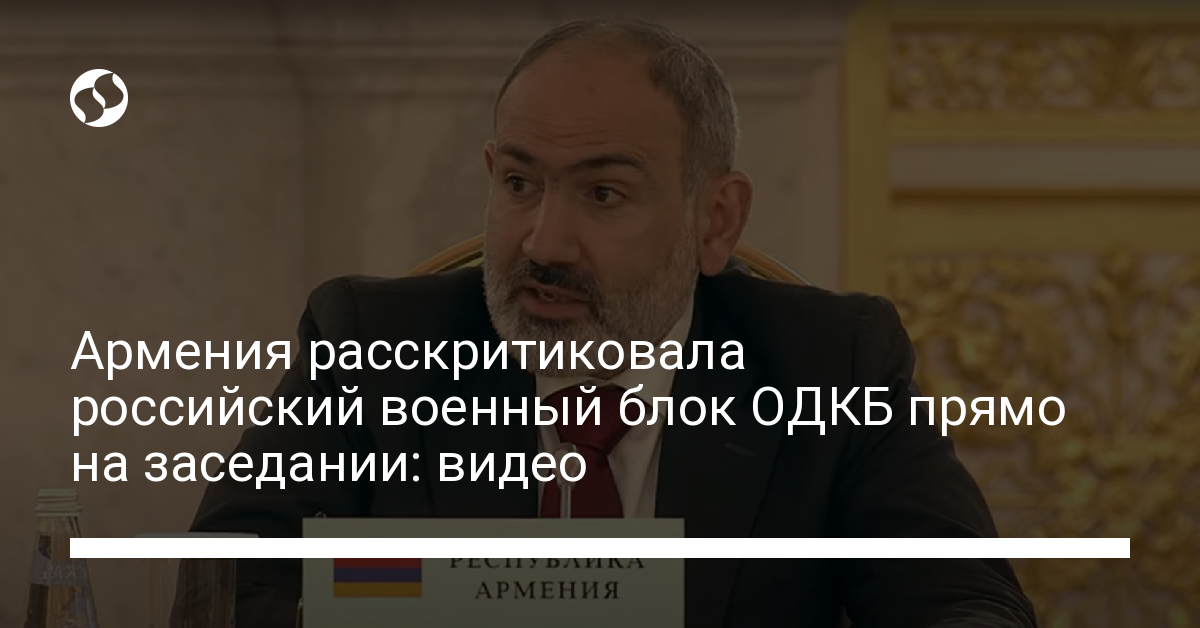 Prime Minister of Armenia Nikol Pashinyan criticized the CSTO for inaction during the conflict with Azerbaijan in Nagorno-Karabakh in 2020. Criticism was made in open part of the meeting Collective Security Council of the CSTO.

Read us in Telegram: verified facts, only important

According to Pashinyan, after the start of Azerbaijan’s offensive in Nagorno-Karabakh, Armenia turned to its CSTO partners for help in accordance with the signed agreements, but there was no reaction.

Also, the members of the organization ignored the request of Armenia not to sell weapons to Azerbaijan, “and as a result, these weapons were used against Armenia and against the Armenian people,” Pashinyan said.

If you notice a spelling mistake, select it with the mouse and press Ctrl+Enter.