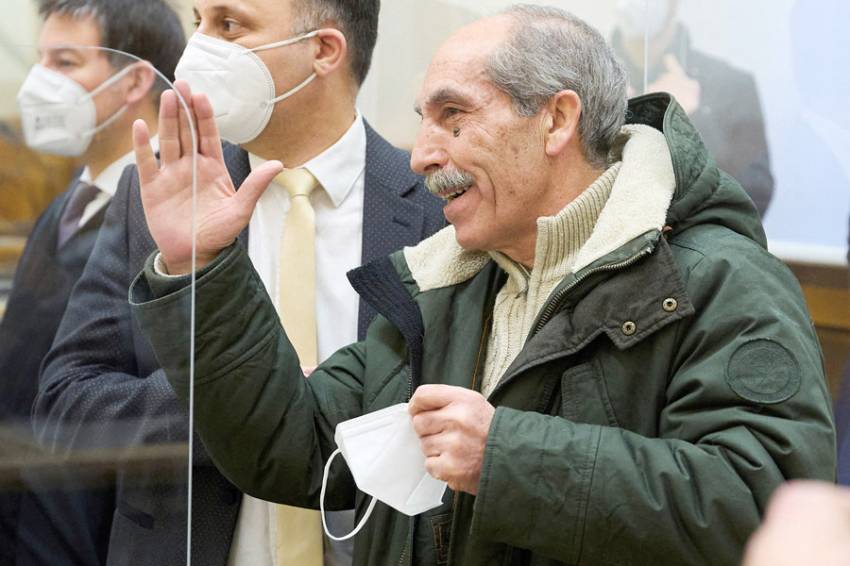 A German court on Thursday sentenced a former Syrian colonel, Anwar Raslan, to life in prison for crimes against humanity. Photo/Reuters

BERLIN – Court German on Thursday convicted a former colonel Syria with life imprisonment for crimes against humanity. This is the first trial conducted for a regime official Bashar al-Assad .

Anwar Raslan was found guilty of 27 counts of murder, rape and sexual assault carried out at the al-Khatib detention center near Damascus, Syria.

The former Syrian intelligence officer was tried under the legal principle of universal jurisdiction, which allows the prosecution of crimes in one country even if they occur in another.

Prosecutors said Raslan was responsible for the torture of at least 4,000 people in the notorious al-Khatib prison in the Syrian city of Douma in 2011 and 2012 or during the early stages of the country’s Civil War.

They said he oversaw interrogations including electric shocks, beatings with fists, wires and whips, rape and sexual harassment, and sleep deprivation.

The court sentenced him to life in prison, with the possibility of parole after 15 years.

More than 80 witnesses testified during the trial about the “disaster conditions” at the detention center.