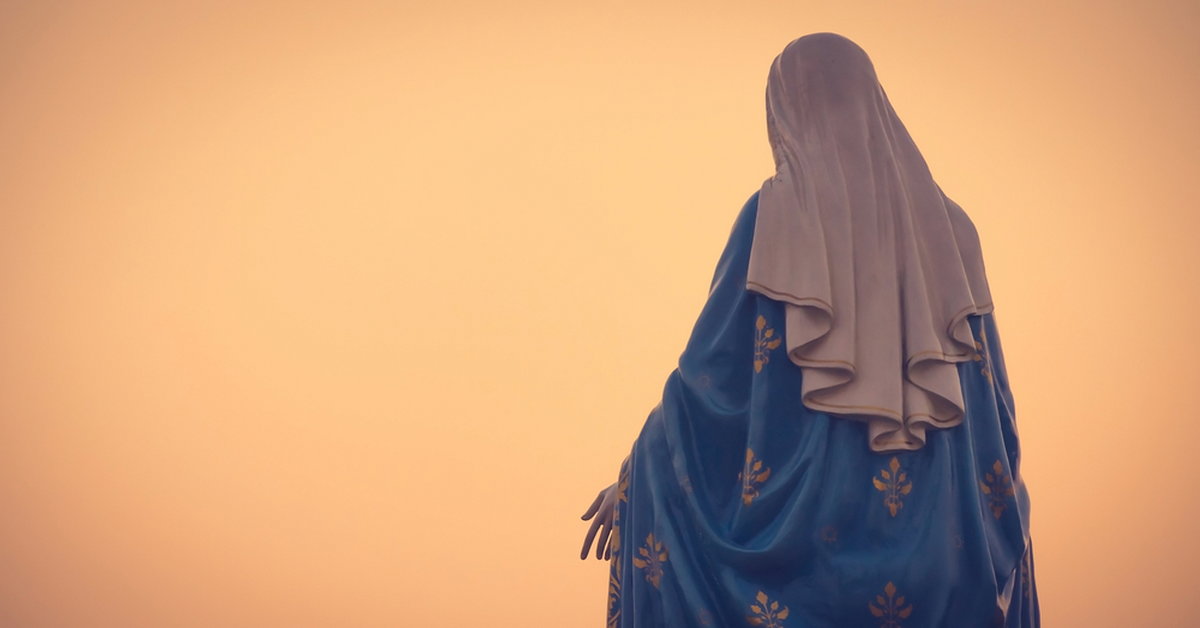 On August 15, Catholics celebrate the feast of the Assumption of the Blessed Virgin Mary; an event that commemorates the end of Jesus’ mother’s earthly life. Even in the 6th century, this day was worshiped under the name of “The Dormition of the Mother of God”. The feast spread rapidly in Western Europe and in the 8th century it became one of the most important celebrations right after Christmas and Easter. In Poland, it is associated with the custom of blessing flowers and herbs, which, according to tradition, are to provide protection against diseases and blessing. Not all facts and legends related to this holiday are commonly known.

On November 1, 1950, in the Apostolic Constitution “Munificentissimus Deus”, Pope Pius XII proclaimed the dogma that “after the end of her earthly life, the Blessed Virgin Mary was taken body and soul into heavenly glory.” This is one of the four Marian dogmas in the Catholic Church. The others are: “About Mary’s Motherhood of God”, “About Mary always Virgin” and “About Mary’s Immaculate Conception”.

The Solemnity of the Assumption of the Blessed Virgin Mary has its roots in the 5th century in Palestine. The first historical documents refer to the funeral of Mary in the Valley of Josaphat. The then chronicler Pseudo-Dioscorus, speaking of fights and conflicts between Catholics and monophysites, describes how the faithful gathered in the Church of Our Lady in the fields of Josaphat.

The Assumption of the Blessed Virgin Mary in Orthodoxy is celebrated as the Dormition of the Mother of God. This is one of the 12 great holidays of the Orthodox Church. The Orthodox believe that Mary fell asleep (died), then rose again and only then was taken to heaven.

According to Catholics, the Mother of God was taken up into heaven, body and soul; dogma does not definitely decide whether Mary died before the Assumption. Nevertheless, in 1997, St. John Paul II stated in the catechesis that “Our Lady died because Christ died. She passed through death, because He also passed through death”. The fact of Mary’s death, although it was not announced on a dogma, belongs to the so-called the ordinary teaching of the Catholic Church.

No passage in the Bible speaks directly of Mary’s Assumption. The first historical record of the departure of the Mother of God was presented in the 6th century by Bishop John of Scythopolis, who came from Palestine. The priest writes that Mary, along with her body, was taken to heaven to be the mediator of people.

St. Gregory of Tours, who lived in the 6th century, wrote a poem about the death of Mary, Mother of Jesus. “And the Lord stood by them again, and commanded the holy body to be transferred on a cloud to Paradise, where, having united with the soul, now, together with the chosen ones, he enjoys the endless joy of eternal goods” – we read in it.

The “Transitus” apocrypha (“Passage”), which dates from the 3rd-4th centuries, tells about the end of Mary’s earthly life. We learn from it that after Jesus’ death and resurrection, the apostle John lived with Mary in the Upper Room. Even her grave was indicated in the work – at the foot of the Mount of Olives, in Gethsemane, where her body was supposed to be. The tomb is empty.

Until today, in many places in Poland, performances of the falling asleep of the Mother of God and her Assumption take place. One of the biggest celebrations is held in Kalwaria Zebrzydowska, Kalwaria Pacławska and Jamna.

Two traditions are associated with the end of Mary’s earthly life. The first – in Jerusalem – says that the Mother of Jesus was buried in Gethsemane and then ascended to Heaven in Zion. The second – Ephesus – tells that Mary passed away from this world in Ephesus, where, according to tradition, St. John the Apostle stayed in the years 37-45, fleeing the persecution of Christians that took place in the Roman Empire.

The best known custom is blessing herbs and flowers on that day. The firstfruits of grains, flowers and herbs consecrated in the church are taken home and dried. According to the folk tradition, they are to provide the household members with protection against diseases, misfortunes and a blessing.

It is worth mentioning that the feast of the Assumption of the Blessed Virgin Mary had its liturgical octave, established by Pope Leo IV in 874. The octave covers the feast day and the seven following days, celebrated similarly to the main celebration. The octave of the Assumption, however, was abolished in 1955 along with other octaves. Only the octaves of Easter and Christmas have survived to this day.

The memento of the Assumption is in the cathedral of st. Stephen in Prato, Italy, in a chapel called Del Sacro Cingolo. There you can see a headband framed in a golden reliquary. According to a tradition dating back to the 5th century, Mary gave St. Thomas the Apostle a sash. As a testimony of the Assumption, it is shown to the faithful five times a year. Bishop Prato On August 15, in a solemn procession, he goes out to the terrace of Del Sacro Cingolo and shows the reliquary to the faithful.

See also  Latest List of Loyalists Ferdy Sambo Fired in the Aftermath of the Murder of Brigadier J, There is Adhi Makayasa Winner: Okezone Nasional

In Italy, the feast of the Assumption of the Blessed Virgin Mary is not only an occasion for religious celebrations, but also a day of rest, games and meetings for friends and family. On this day, Italians celebrate the famous Ferragosto, a celebration at the end of a harvest that dates back to ancient Rome.

Among Hungarians, the Assumption of the Blessed Virgin Mary is celebrated with great solemnity as a great national holiday. According to legend, the first king of Hungary, Saint Stephen, in 1038, offered the royal crown to Mary, thus choosing her to be the heavenly queen and patron of the entire state. Our Lady is referred to as the “Great Lady of Hungarians”.

In coastal towns of Portugal, on the day of the Assumption of the Blessed Virgin Mary, fishing boats are blessed, and in the alpine part of France, on that day, parish priests drive from pasture to pasture and bless their hosts and their animals. People gather around a large cross decorated with twigs and flowers.