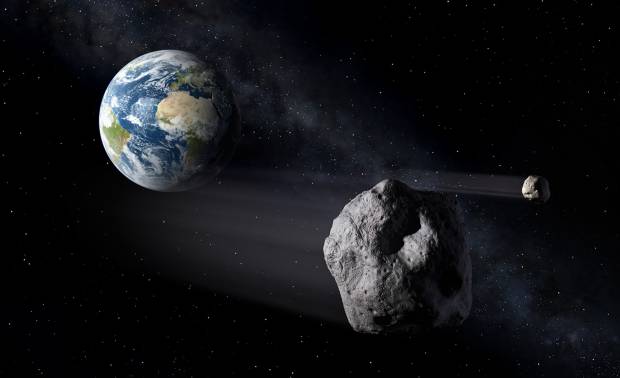 Asteroids are space rocks that orbit the Sun and can fall to Earth. Photo/The European Space Agency

JAKARTA – Asteroids are the remains of metal and chunks of rock used to form the solar system, or space rocks for short.

Size asteroid various, there are big and small. But all of them orbit or revolve around the Sun. While in orbit, the asteroid may fall to Earth.

Well, here are some asteroids whose names are inspired by Indonesians.

The name of this asteroid was given to the doctor astronomy first in Indonesia, namely Prof. Dr. The Pik Sin. Early in his career, The was responsible for leading the optical components of the Milky Way Schmidt telescope. He has also published more than 200 scientific publications.

This name was given to Prof. Dr. Bambang Hidayat. He led the Bosscha Observatory replacing Dr. In 1968. Bambang was also elected as Vice President of the International Astronomical Union (IAU) for six years.

Also Read: What do astronauts do in outer space?

12177 Raharto is the asteroid name given to Dr. Moedji Raharto. Raharto has served as Director of the Bosscha Observatory, as well as Head of the ITB Astronomy Study Program. He has also served as a member of the IAU’s Division H Interstellar Matter and Local Universe.

12178 Dhani is the asteroid name given to Dr. Dhani Herdiwijaya, M.Sc. He served as Director of the Bosscha Observatory for the period 2004 – 2006, and was the Chair of the ITB Astronomy Study Program. Dhani has also published several titles including the connection between the Sun and Earth in 2020.

See also  Like the movie Armageddon, China plans to deflect a giant asteroid with a rocket

12179 Taufiq is the asteroid name given to Prof. Dr. Taufiq Hidayat. This asteroid revolves around the Sun with a period of 5.45 years and was discovered by Dutch astronomers, CJ van Houten and I. van Houten-Groeneveld on October 16, 1977. Hidayat has also been a member of the IAU since 1998.

Also Read: 8 Movies That Invite You to Explore Space

Premana W. Premadi, Ph.D is the owner of the asteroid name 12937 Premadi. Premadi is the first Indonesian female astronomer to be named as an asteroid by the IAU. Some of his research on cosmology, extragalaxies, galaxies to relativistic astrophysics became his contributions to the world of astronomy.