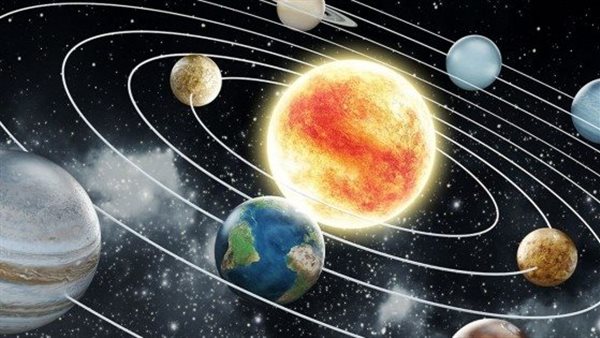 A team of scientists has revealed the secret of the solar system after the Big Bang, where it floats Solar System In the middle of a strangely empty, low-density and high-temperature region of space, about 1,000 light-years across, surrounded by cooler and denser neutral gas and dust.

A team of astronomers led by the Harvard and Smithsonian Center for Astrophysics (CfA) mapped the Local Bubble in the highest resolution yet – and found that the Local Bubble may have been carved out of the interstellar medium by a series of supernova explosions years ago.

This is consistent with previous studies, as the still expanding local bubble is responsible for regions of increased star formation in its vicinity.

“This is really an origin story; for the first time we can explain how all nearby stars begin to form,” says astronomer Catherine Zucker of the Space Telescope Science Institute, who conducted the research while at CfA.

The local bubble was discovered relatively recently, in the 1970s and 1980s, through a combination of optical, radio and X-ray astronomy. Gradually, these surveys and observations revealed a massive region about 10 times less dense than the average interstellar medium in the Milky Way.

Given that we know that supernovae can dig cavities in space, sweeping up gas and dust as they expand outward, this seemed a plausible explanation for the local bubble.

Zucker and her team used data from the latest release of Gaia Data – an ongoing project to map locations andstar movements in the Milky Way at the highest resolution yet – to map gas and young stars within 650 light-years from the Sun.

They found that all young stars and star-forming regions are on the “surface” of the local bubble.

This makes sense; When a supernova expands outward, it shocks and compresses the material in which it is expanding. This creates a dense knot in the molecular gas floating in the interstellar medium that collapses under its own gravity to form small stars.

Next, the researchers ran simulations and tracked the motions of star-forming regions to model the bubble’s expansion. This allowed them to reconstruct its history, matching the results of their calculations to the bubble map.

They found that the bubble’s history began about 14.4 million years ago, first with a period of star birth, followed by supernovae of massive, short-lived stars.

Zucker explains: “We calculated that about 15 supernovae exploded over millions of years to form local bubble that we see today.”

Its radius is currently about 538 light-years, and it is still expanding outward, although relatively slowly, at a rate of about 6.7 kilometers (4 miles) per second.

“When the first supernovae that created the Local Bubble exploded, our Sun was far from moving,” says physicist and astronomer Joao Alves of the University of Vienna in Austria. But about five million years ago, the Sun’s path through the galaxy took it straight into the bubble, and now the Sun sits – just By luck – right in the center of the bubble.”

This indicates that the Milky Way is likely to be filled with similar bubbles, because the probability of this happening is very low if bubbles are rare. The next step along this line of investigation is to try to find and map the other bubbles. Their locations, sizes, shapes, and how they interact with each other can be clues that help us understand the formation of stars and the evolutionary history of a galaxy. Milky Way Better.

The next Gaia data release, due to be dropped later this year, should be very useful for this purpose; The research was published in the journal Nature.