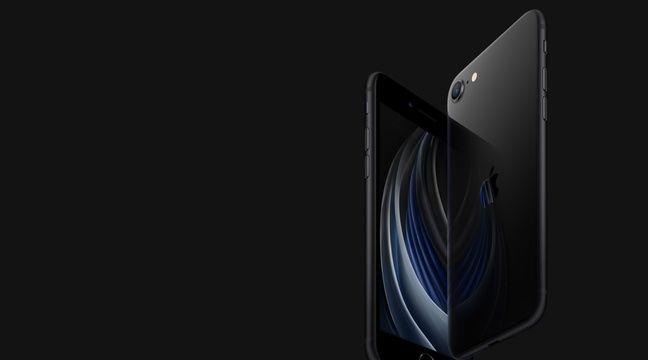 Is your old smartphone dying? Don’t you want to spend 800 or 1,000 euros on a phone flocked with the apple logo? This new iPhone SE, unveiled by Apple Wednesday, may well seduce you. Sold from 489 euros, it takes the design of the iPhone 8 but offers the same chip (A13 Bionic) as the iPhone 11, and a unique photo sensor (like the XR), for an attractive price-performance ratio. Coronavirus forces, the new generation iPhone SE will be marketed online on April 24, with pre-orders open Friday.

Four years after the first iPhone SE, Apple has decided to say goodbye to 4-inch screens, a decision that fans of ultra-compact smartphones will regret. The new iPhone SE adopts the design of the iPhone 8 (which used the same design as the iPhone 6). Translation: the display is its weak point, with a resolution of 1334 × 750 pixels and impressive edges that have not changed since 2014. There is also a Home button and the Touch ID fingerprint system, as well as a glass back cover that allows wireless charging.

Its insides, on the other hand, are much more interesting: the iPhone SE carries the A13 Bionic chip. It’s Apple’s most powerful processor, released last year for the iPhone 11 and 11 Pro. On the photo side, there is only one rear sensor, compared to two for the iPhone 11 and three for the 11 Pro. There is therefore no ultra-wide angle mode, and the blurring effect of the portraits is simulated by the software. For video, it’s close to the iPhone 8 with optical stabilization, 4K and 60 frames / second.

Is the new iPhone SE the best smartphone for less than 500 euros? Not necessarily. The MI 9T Pro offers interesting specs and a much more modern design. And the Pixel 4a, which Google will likely unveil in May, has not said its last word. But for Apple devotees, the iPhone SE has a weighty argument, thanks to its unbeatable chip: longevity.