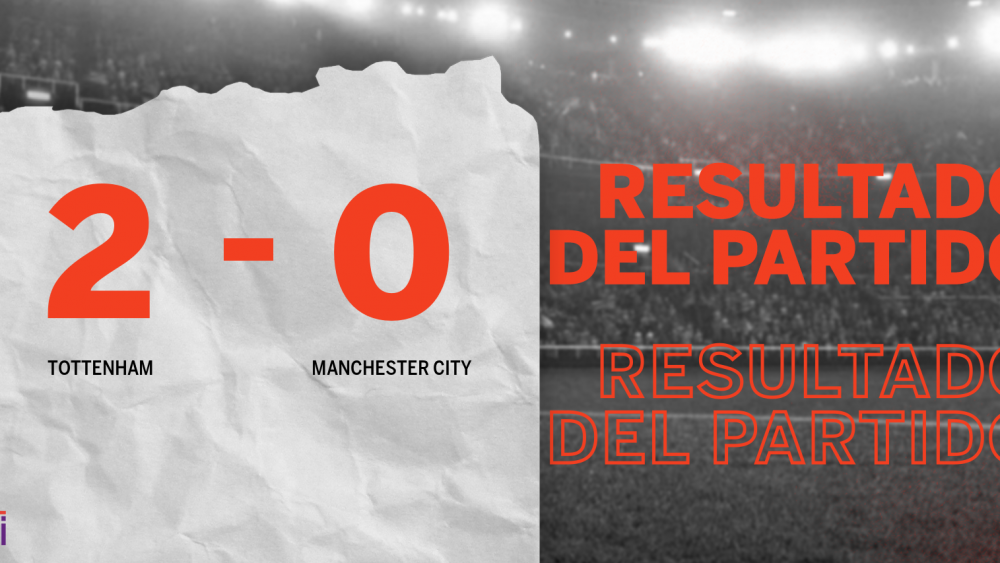 In the match played on date 9 of the England – Premier League 2020-2021 tournament, Tottenham added three at the Tottenham Hotspur Stadium. The goals for the local were scored by Son Heungmin (4 ′ 1T) and Giovani Lo Celso (20 ′ 2T).

The figure of the meeting was Rodri. The Manchester City midfielder stood out against Tottenham, he gave 72 correct passes, stole 5 balls and kicked twice on goal.

At minute 4 of the first half, Tottenham midfielder Son Heungmin made a fool of Ederson, Manchester City goalkeeper, with a great shot.

It was a game with many fouls and with numerous interruptions. There were several admonitions: Moussa Sissoko, Rúben Dias, Ferran Torres and Harry Kane.

For their part, those led by Josep Guardiola were planted with a 4-3-3 strategy with Ederson under the three suits; Kyle Walker, Rúben Dias, Aymeric Laporte, João Cancelo on defense; Kevin De Bruyne, Rodri and Bernardo Silva in the half court; and Riyad Mahrez, Gabriel Jesús and Ferran Torres up front.

The designated referee for the match was Michael Dean.

Tottenham will visit Chelsea next matchday, while Man. City will host Burnley at the Etihad Stadium.

The local is leading with 20 points and 6 wins, while the visitor reached 12 units and placed in tenth place in the tournament.