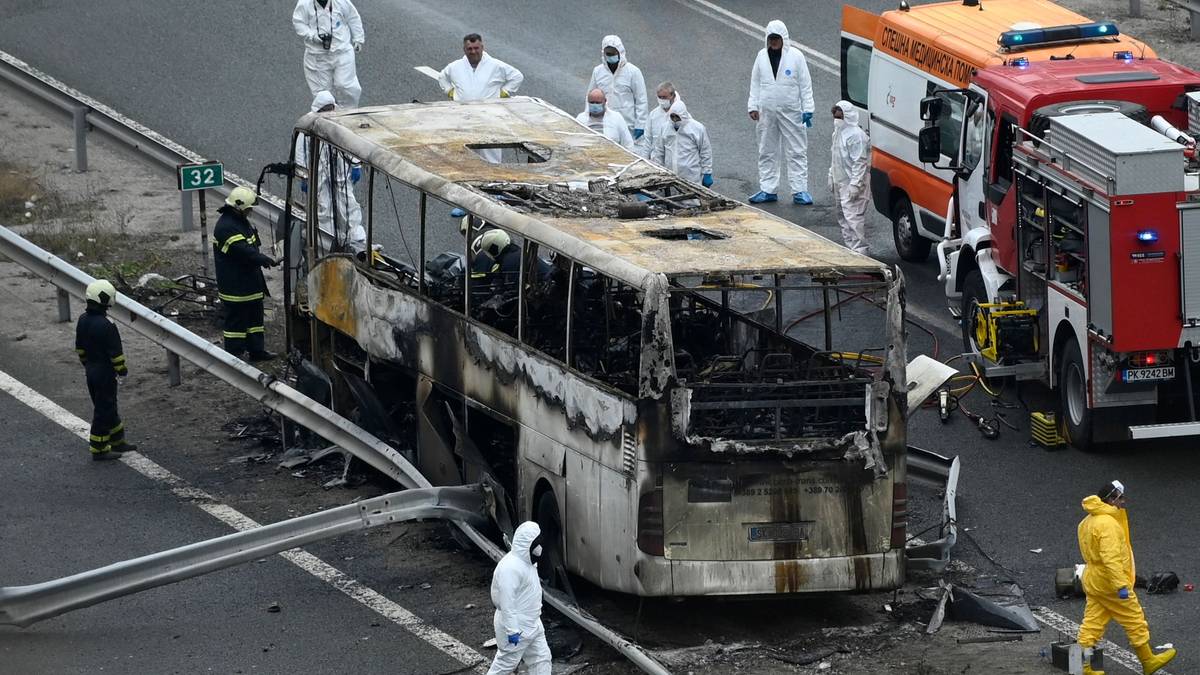 The bus caught fire on a motorway in the west of the country, says an official in the Bulgarian Ministry of the Interior to the news agency Reuters.

Ulukka took place around 2 o’clock local time, according to Nikolai Nikolov, who is responsible for fire in the ministry. The news agency DPA quotes the state-run Bulgarian news agency BTA that the accident happened about 40 km southwest of the capital Sofia.

– 45 of the 52 passengers are dead, twelve of them are under 18, says the police chief in Bulgaria, Stanimir Stanev to the TV station BTV.

It is thus the bus accident that has claimed the most lives in Bulgaria ever.

Seven people with burns have been sent to Pirogov Hospital in Sofia. Their condition is stable, according to the hospital.

The cause of the accident is not yet known. A spokesman for the Interior Ministry in Bulgaria says that it appears that the bus drove into the crash barrier. It is unclear whether the bus caught fire before or after this.

The bus, together with three other buses from a North Macedonian travel company, crossed the border between Turkey and Bulgaria late Monday night.

The country’s prime minister, Zoran Zaev, believes most of the dead came from northern Macedonia, but that there was probably also a Serbian and a Belgian citizen on board. It is unclear whether these are among the dead.

Zoran Zaev says that he spoke to one of the seven survivors, who said that the passengers were asleep when they woke up from something that sounded like an explosion.

People sitting in the back of the bus managed to get out by smashing the window.

Both acting Prime Minister of Bulgaria Stefan Janev and Interior Minister Boyko Rashkov went to the city of accident on Tuesday morning.

– This is a terrible sight. I have not seen anything like this before, Rashkov said when he arrived. And he added:

– Let us hope that we can learn from this tragic accident, so that we avoid such incidents in the future.

There have been several fatal bus accidents in Bulgaria in recent years. In 2018, 17 Bulgarian tourists died when a bus overturned on a slippery road.