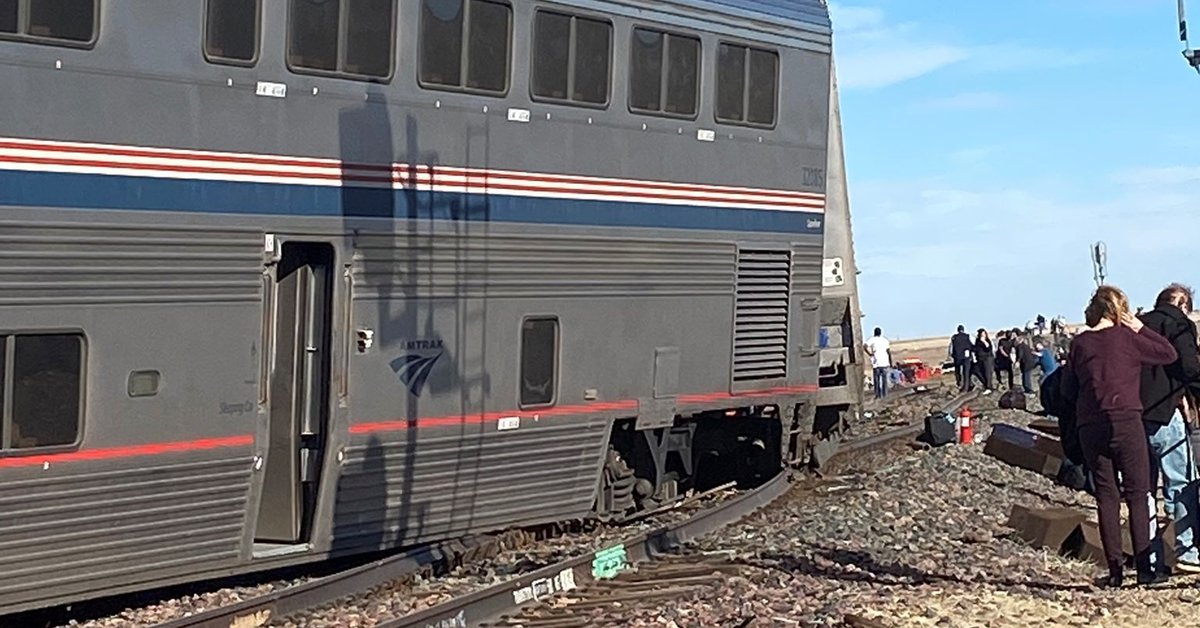 At least three people died when a passenger train derailed in the United States (PHOTO: REUTERS)

At least three people died in the derailment of a passenger train in the state of Montana (Northwestern United States), which has also left many injured, local authorities reported this Saturday night.

The Amtrak company train, which ran the route between Chicago (Illinois) and Seattle (Washington state), it was carrying approximately 150 passengers and 13 employees.

“We are deeply saddened by the information that local authorities are now confirming that three people lost their lives. as a result of this accident, ”the company said, adding that“ injuries ”were also reported among the passengers and the train crew.

The first images of the local media show several train cars overturned on the railway line.

The accident occurred around 16:00 local time (22:00 GMT) near the town of Joplin, 320 kilometers north of Helena, the capital of Montana; and the Liberty County Police Department said there were several other injuries, but did not provide a number.

“Amtrak is working with local authorities to transport injured passengers, and safely evacuate the rest of the passenger”the rail company said in a statement.

The cause of the accident has yet to be determined.

Several accidents with means of transportation have been registered this year in the United States. One of the most prominent was the collision of nearly 100 vehicles on a Texas highway in February, it was slippery due to ice formed by an intense winter storm, local authorities reported.

At least five people died from this incident That made an impact because of the images that were recorded.

As reported by the agency AFP, at least 36 people were taken to hospitals in the area. Fire department spokesman Michael Drivdahl told a news conference that the number could rise because rescuers continued to work shortly after the fact..

“The situation continues to be chaotic,” he told The Weather Channel Jason McLaughlin, a professional “storm chaser”. “Looks like a couple of vehicles lost control, and when that happened the others piled up”, He added.

The winter storm dumped freezing rain, sleet and snow in various parts of the United States.

Further south in Austin more than twenty vehicles were involved in a collision on an icy road and one person was injured, reported the authorities of the emergency services.

(With information from EFE and AFP)

At least 10 migrants killed in Texas after van crash
Shocking accident in a rally in the United States: a vehicle swerved and rammed the public
Due to a failure in a train, an explosion was registered in the Caracas Metro