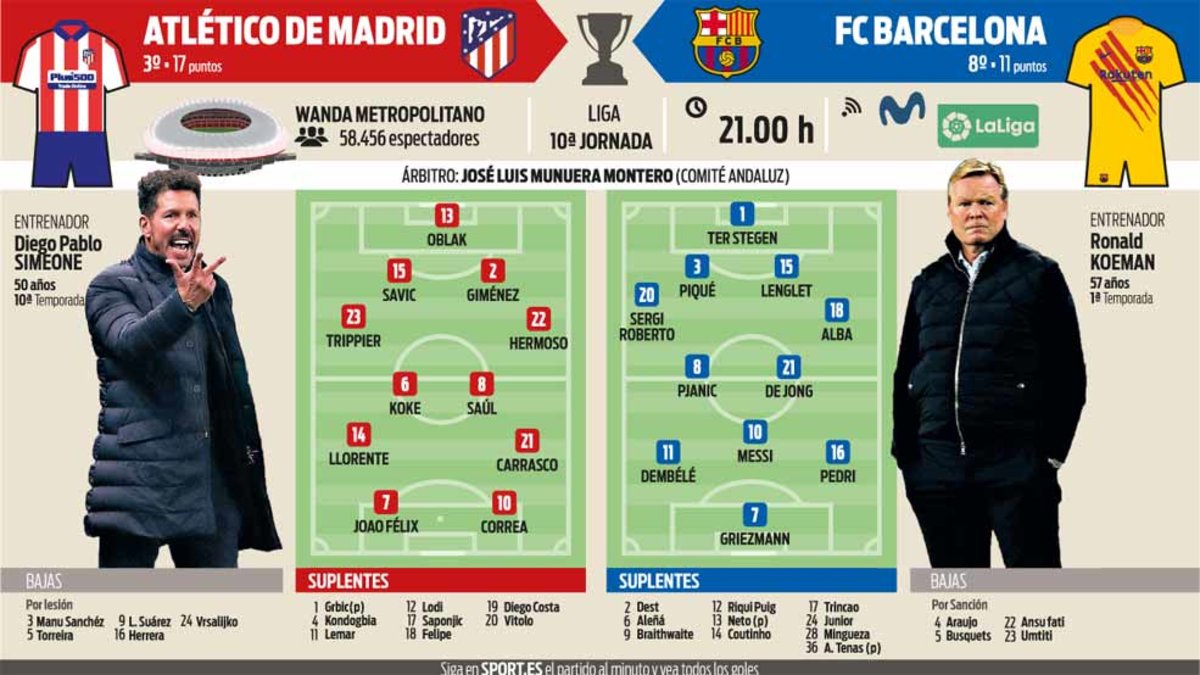 That maxim that Don Luis Aragonés never tired of repeating and that we have heard even in the soup, “Win, win and win and win again”, It must be applied without a doubt by FC Barcelona tonight at the Wanda Metropolitano. Six points behind its rival, Ronald Koeman’s team travels to the capital with the main and sole purpose of returning with three points in the baggage of the charter flight AEA938 which will return the expedition to the city of Barcelona at dawn on Sunday.

For this difficult undertaking and before an Atlético in a state of grace, the Dutch coach will repeat the formula that gave such a good result at the Juventus Stadium in Turin. The biggest exhibition so far of this new Barça. An attack with Dembélé, Griezmann, Pedri and Messi behind the striker with freedom.

THE TIME OF PJANIC

That was Miralem Pjanic’s first big game as a starter. The Bosnian had an outstanding performance alongside De Jong and in the Wanda both will repeat in the engine room. With Busquets injured, the Balkan midfielder has a golden opportunity to play several matches in a row for the first time. The ex Juve needs to step up and show Koeman that yes, he is ready to receive gallons now.

On the defensive line Sergi Roberto starts in principle with an advantage over Dest, while Piqué by Ronald Araujo would be the only variant in the lineup of that magical night in the capital of Piedmont. Well, also Ter Stegen’s entry by Neto, obviously. The German is once again the master of the goal after recovering from the knee injury.

In short, there is no other choice Ronald to go out with everything and squeeze a mattress box that is undergoing a metamorphosis in its game and style this course. He is no longer so safe in defense (Oblak is fitting more than ever), but in attack he has another air, more joy, far from that stale version that he used to offer. Duel of high flights, to enjoy it and suffer it …