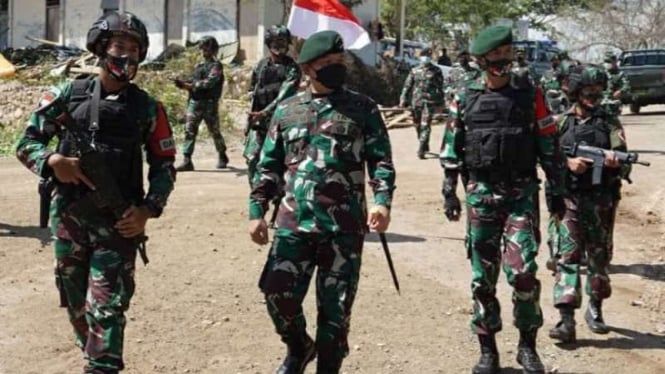 VIVA – Commander of the Army Strategic Reserve Command (Kostrad) Lt. Gen TNI Dudung Abdurachman regretted the statement of one of his seniors, namely the former TNI Commander General TNI (Ret.) Gatot Nurmantyo who said that currently the institution of the Indonesian National Armed Forces (TNI) had been infiltrated by the communist movement or PKI.

Moreover, General Gatot directed that the emergence of the PKI was within the Army’s Kostrad unit. According to General Gatot, a strong indication of the emergence of the left movement can be seen in the disappearance of statues or dioramas Pangkostrad First Major General TNI (Ret.) Suharto, Commander of the RPKAD or Kopassus Colonel Sarwo Edhie, and General TNI (Ret.) AH. Nasution in the Dharma Bakti Mako Kostrad Museum, Central Jakarta.

“Those are heinous accusations against us,” said Commander of Kostrad Lt. Gen. Dudung Abdurachman in his official statement, Monday night, September 27, 2021.

The Kostrad Commander regretted General Gatot’s statement which had caused a commotion and bad prejudice in the community.