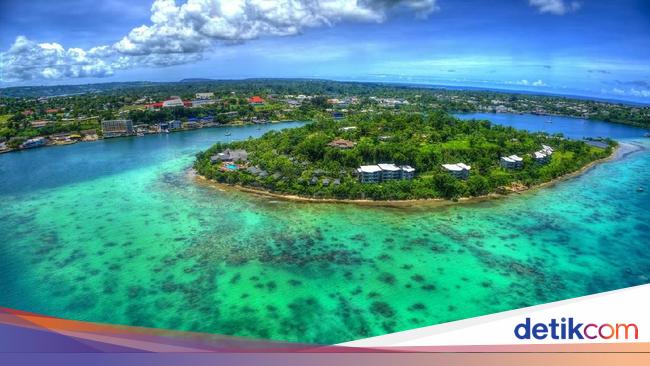 The Republic of Vanuatu has again harassed Indonesia about the issue of Papuan human rights violations at the UN General Assembly. Vanuatu, which is a small country east of Australia, is one of the export destinations for Indonesian-made cars.

Who would have thought that the country with an area of ​​12,189 square kilometers often imports Indonesian-made cars. Based on data from the Association of Indonesian Automotive Industries (Gaikindo), several Indonesian-made cars from Toyota and Suzuki manufacturers were sent to Vanuatu.

Indeed, there are not many exports to that country. From Gaikindo’s data, exports of Indonesian-made cars to Vanuatu during January-August 2021 were recorded at 31 units.

You know, Vanuatu is a relatively small country. Its population is only 298 thousand people.

In detail, the export of the Toyota Fortuner to Vanuatu is only 1 unit in 2021. Meanwhile, Toyota Rush exports to Vanuatu as many as 16 units.

Meanwhile, Vanuatu regularly harasses Indonesia every year about the issue of Papuan human rights violations at the UN General Assembly. Recently, the small country has brought up the Papua issue again.

Indonesia also questioned Vanuatu’s silence regarding the massacre of teachers and health workers (nakes) by the KKB in Papua. The statement was delivered directly by the Third Secretary of the Permanent Representative of the Republic of Indonesia in New York, Sindy Nur Fitry. This answer is a response to the statement of the Prime Minister of the Republic of Vanuatu Bob Loughman who asked the UN Human Rights Commissioner to come check the conditions in West Papua.

Sindy Nur Fitry said that Vanuatu continues to interfere with the sovereignty of other countries. In fact, according to him, Vanuatu’s accusations are baseless.

“I am surprised that Vanuatu continues to use this noble forum to harass the sovereignty and territorial integrity of other countries. And continues to carry out aggression with despicable intentions and political motives against Indonesia,” Sindy said at the UN General Assembly, as seen on the Ministry of Foreign Affairs’ YouTube Channel. , Sunday (26/9/2021).

Sindy says Vanuatu only pretends to care about human rights issues. However, Vanuatu has turned a blind eye to the acts of terror by armed criminal groups.