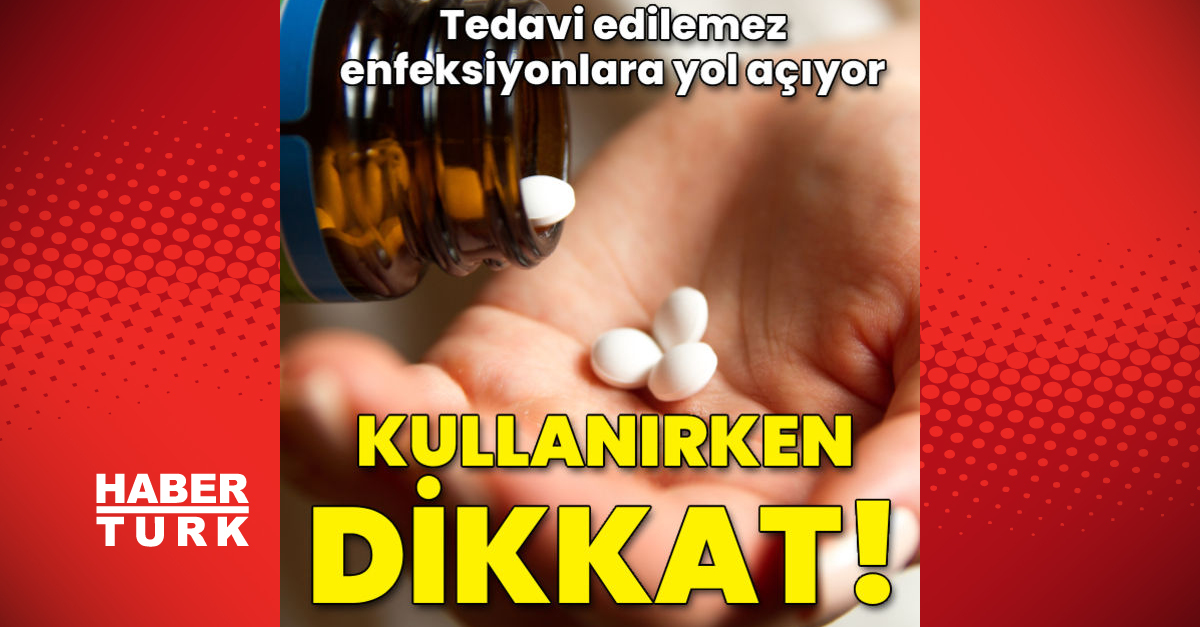 In the statement made by the Turkish Infectious Diseases and Clinical Microbiology Specialization Association (EKMUD) on the occasion of the World Antimicrobial Awareness Week, it was pointed out that the infections that were successfully treated before, started to become incurable by developing antimicrobial resistance in recent years.

“HE WAS ESTABLISHED WITH INFECTIONS WITH NO TREATMENT OPTION”

Emphasizing that stronger and new classes of antibiotics have been developed over time, but resistance has begun to appear against them, the statement said, “Infections that no antibiotic can treat, that develop with multi-drug-resistant microorganisms and that have no treatment option,” were used.

In the statement, which stated that it is necessary and sufficient for a microorganism to develop resistance to antimicrobials, the statement continued: “As with all living things, with the basic instinct of sustaining their life and generation, microorganisms have also developed the ability not to be affected by antimicrobials, which are the biggest threat to them, and not to die. “It should not be forgotten that this situation has become an even bigger problem with the use of unnecessary or inappropriate antibiotics. These microorganisms have not only become resistant to antimicrobials, but have also gained the ability to transfer their resistance mechanisms and genes to the surrounding microorganisms and to new generations.”

“ANIMALS AND AGRICULTURE SHOULD ALSO BE CONTROLLED”

In the statement, it was stated that antibiotic-resistant infections pose greater problems in hospitals or countries where there is no rational use of antimicrobials and compliance with infection control measures is low, and warned that “Antimicrobials should be controlled in animals and agriculture, as well as their rational use in humans.”

Pointing out that the World Health Organization (WHO) has determined the theme of this year’s World Antimicrobial Awareness Week as “Increase awareness, stop resistance”, it was noted: “Our people, healthcare professionals and decision-makers, in particular, WHO, professional chambers, specialist Our main goal is to raise awareness and implement strategies for the prevention of resistance in cooperation with national and international institutions and organizations such as associations.In all public and private health institutions providing primary, secondary and tertiary healthcare services in the prevention of antimicrobial resistance, the workload of each healthcare professional is optimized. It is our greatest desire and expectation to implement an arrangement in which the physician can spare enough time for his patient, thus making the appropriate diagnosis and treatment decision, the quality of the work done is emphasized rather than the quantity, and this is reflected in the performance.”