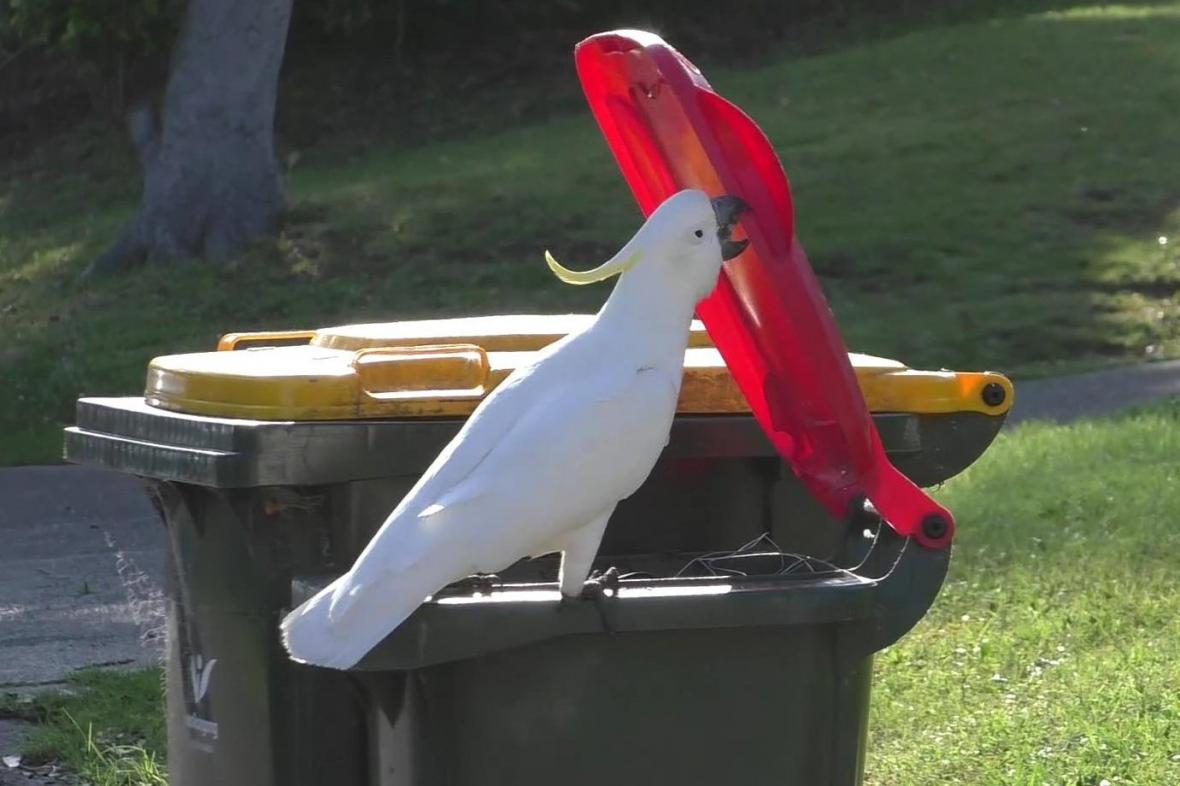 A few years ago, naturalist Richard Major of the Australian Museum in Sydney noticed a wild cockatoo parrot opening a trash can in front of his house. The ornithologist was amazed by this unexpected ingenuity and began to study this phenomenon in more detail.

It turned out that this bird was able to grab the hinged lid of the container with its beak, open it, and then move it along the edge of the container so far that the lid fell backwards, revealing food debris inside.

The major teamed up with German scientists and together they investigated whether more birds of the same species had mastered this intelligence- and skill-intensive trick.

In early 2018, a survey of Sydney residents found that birds in three suburbs had adopted this food-seeking technique. By the end of 2019, however, these birds had been regularly opening garbage cans in the forty-four suburbs of the metropolis. “From three suburbs to forty-four in two years – that’s pretty fast spread,” Major said.

How did they learn it?

Another question the scientists studied was whether the cockatoos learned the trick themselves or copied it from another species of animal – such as some species of raven birds, which are known for their intelligence.

In a study that published in the professional journal Science, described that the first bird author of this idea is not known, but the tactics spread in such a way that the cockatoos peeked at each other. It first appeared in the south of Sydney, from where it spread in waves – it seems to have proved so successful that the cockatoos simply adopted it in a few months.

It has long been known that many bird species can learn to adapt to human dominance by “hacking” technology. This was first described by biologists more than a hundred years ago in Great Britain, where titmouse learned to pierce the lids of sealed milk bottles.

It was a remarkable achievement, too, but Professor Major explains that, in fact, this performance was quite simple compared to what the cockatoos are now doing – opening a trash can requires a much more complex system of movements.

For researchers, this research represented a unique opportunity to observe such a change practically live, described ecologist Lucy Aplinová, a cognitive ecologist from the Max Planck Institute, who also participated in the research. “It’s every scientist’s dream,” she said.

Although the researcher enjoyed this research, the new bird technique is more of a problem for ordinary Sydney citizens. The constantly open baskets not only smell of heat, but also other animals that could not open the dustbin on their own.