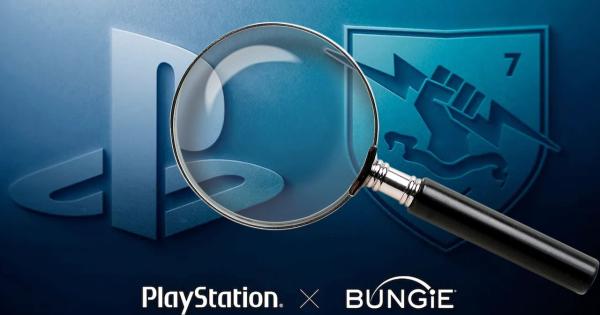 It was to be expected that the US trade authorities would react to the wave of acquisitions that have taken place in the video game industry. After all, so many billions of dollars were not going to go unnoticed by the Federal Trade Commission and as well as the review of the purchase of Activision-Blizzard by Microsoft has already begunthe same will happen in the one involving Bungie and Sony.

A few moments ago, information surfaced signaling the start of an in-depth investigation ordered by the FTC into PlayStation’s purchase of Bungie. This was revealed by the site The Information who cited sources close to the agency that have indicated the forthcoming start of an exhaustive review process to define the scope and impact of this operation in the video game industry, which was announced on January 31 and involved a payment of $3.6 MDD.

During a wave of video game industry consolidation, the FTC is scrutinizing anti-trust more than it has in years. Get your popcorn ready https://t.co/2qA5KpEavA

Turn off the alarms, the review process is normal and does not anticipate a block

It should be noted that the FTC’s action is not strange nor is it indicative that there is something wrong that prevents the purchase from being carried out. What happens is that in the face of the wave of acquisitions that has taken place in the video game industry since 2019, the agency has tightened its review processes and carries out relevant analyzes to rule out any damage at the commercial level and to the detriment of competing companies related to the sector.

Sony’s purchase of Bungie isn’t expected to be blocked by the FTC, in the same way that Microsoft’s Activision-Blizzard purchase is thought to be, so there’s no reason to be alarmed.

According to what was revealed by Sony after the announcement of the purchase of Bungie, the plan is that the company is the leader of PlayStation Studios multiplayer offerings and includes at least 10 video games released by 2026. Likewise, the Japanese company reported at the time that part of the amount for which the purchase was made will be allocated to the human resources area, ensuring current Bungie staff remain with the company.

Still here at LEVEL UP.

Video: SPECIALS – PlayStation paid $3.6B for BUNGIE – EVERYTHING YOU NEED TO KNOW