Rock star Axl Rose has shot sharply against Steven Mnuchin on Twitter – and what nobody expected: the US Treasury Secretary even replied. Which didn’t make things any better.

Before moving into the White House, Donald Trump was known to host a reality TV show. It is therefore not surprising that politics and show business mix again and again during the term of office of the 45th US President. For example, the president has a buddy relationship with rapper Kanye West, to name just one example.

Now these two worlds meet again – but in a hostile manner. The Washington Post wrote of a “Twitter feud that no one saw coming”. In one corner: Steven Mnuchin, Donald Trump’s finance minister. His opponent: Axl Rose, singer of the rock band Guns N ‘Roses.

The rock star, who rarely speaks on the short message service with around 300 tweets, wrote on Wednesday “It’s official! Whatever anyone thought about Steve Mnuchin before, he’s officially an asshole. »

It’s official! Whatever anyone may have previously thought of Steve Mnuchin he’s officially an asshole.

To the general astonishment, Mnuchin replied promptly: “What was the last thing you did for your country?” He wrote in his replica. Instead of the flag of the USA, he accidentally put the flag of Liberia at the end of his entry, which is not unlike that of the USA.

Mnuchin corrected his flag faux pas again, but that didn’t stop Rose from being sarcastic: “My mistake, I didn’t understand that we were emulating Liberia’s economic model.” He then railed that unlike the Trump administration, he was not responsible for more than 70,000 coronavirus deaths in the United States. Unlike Mnuchin, he also has no government office and does not advise citizens to travel through the United States during a pandemic.

My bad I didn’t get we’re hoping 2 emulate Liberia’s economic model but on the real unlike this admin I’m not responsible for 70k + deaths n ‘unlike u I don’t hold a fed gov position of responsibility 2 the American people n ‘go on TV tellin them 2 travel the US during a pandemic.

Mnuchin had told Fox Business on Monday that he could not yet say whether international travel would be possible again this year. However, he appeared to be encouraging Americans to travel to the United States in the wake of easing containment measures. “This is a great time for people to discover America.”

It is not entirely clear what caused Axl Rose’s anger on Steven Mnuchin. The rock star is a stubborn critic of the Republican Trump. He has repeatedly resisted the fact that songs by Guns N ‘Roses are played in Trump’s campaign appearances. At the 2018 midterm elections, Rose called on his fans to vote for the Democrats.

There will probably be no reconciliation so quickly between Rose and the Republicans. Or, to put it in the title of the last Guns-N’-Roses tour: «Not in this Lifetime».

The heavy metal cruise – and who invented it? A Swiss 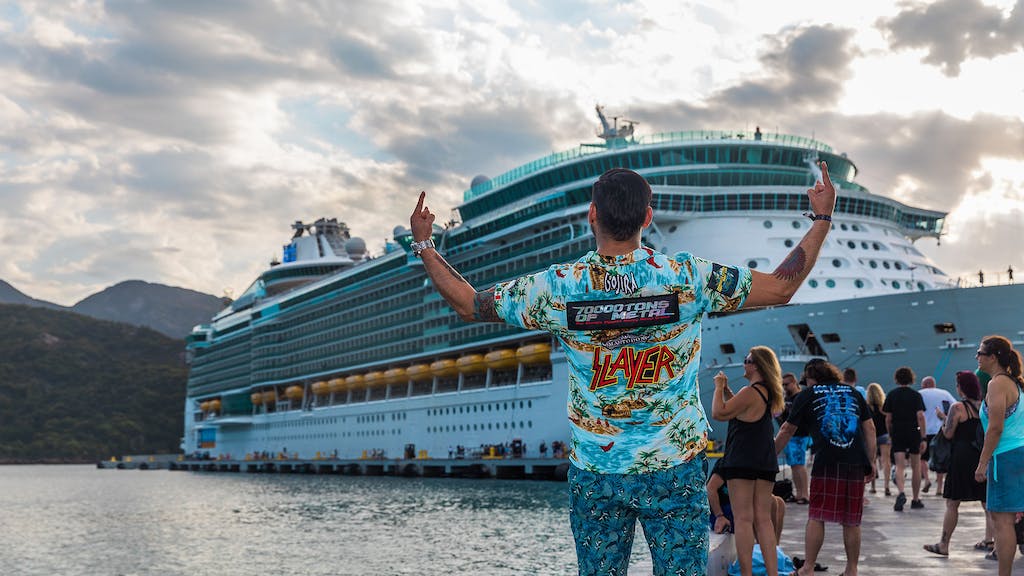 “Slaaaaaayeeeeer!” When fans of heavy metal music board a luxury steamer, an unusual picture emerges. 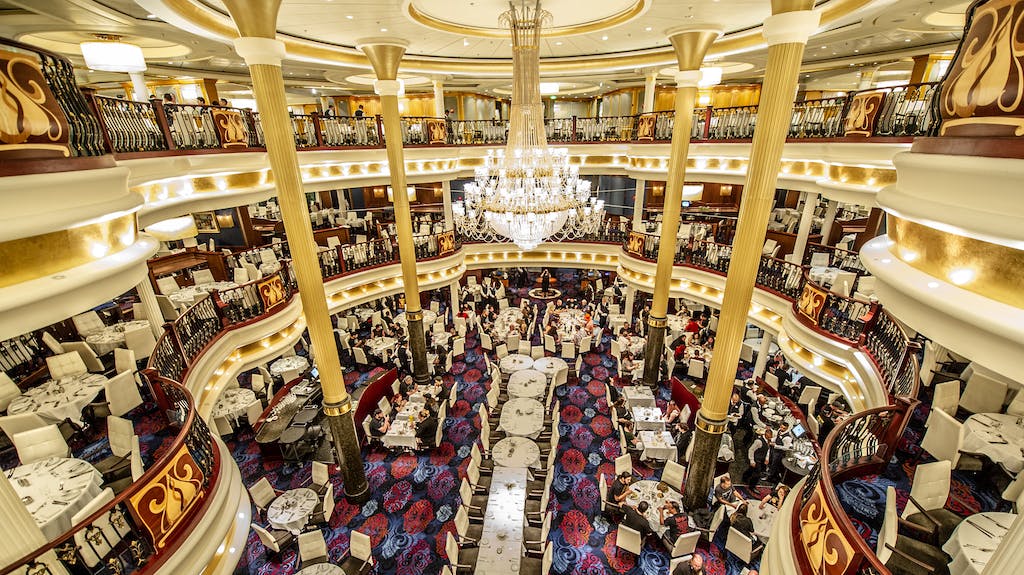 After all, cruise ships tend to think of a dignified ambience rather than long-haired rockers. 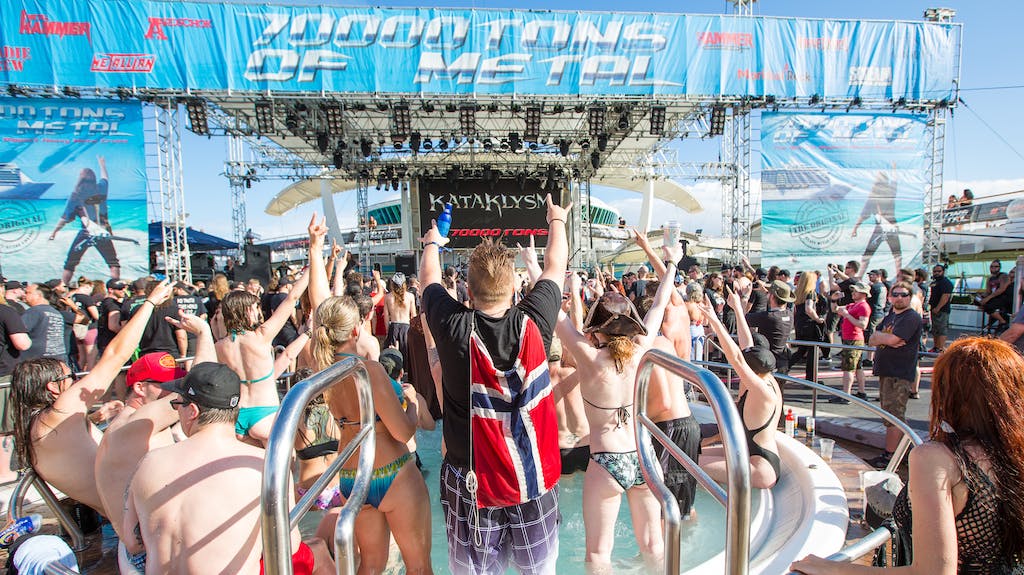 With a horde of metal fans on board, it looks more like it. This cruise festival has set sail in Fort Lauderdale, Florida, every year since 2011. 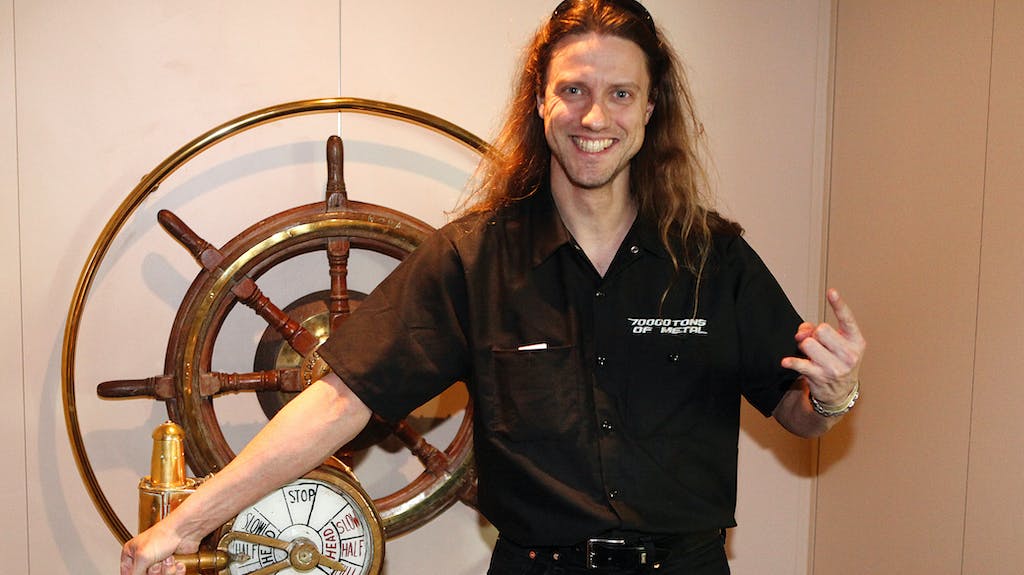 The loud and beer-like fun is called 70,000 tons of metal. The founder is Andy Piller, who is a Swiss and German dual citizen. 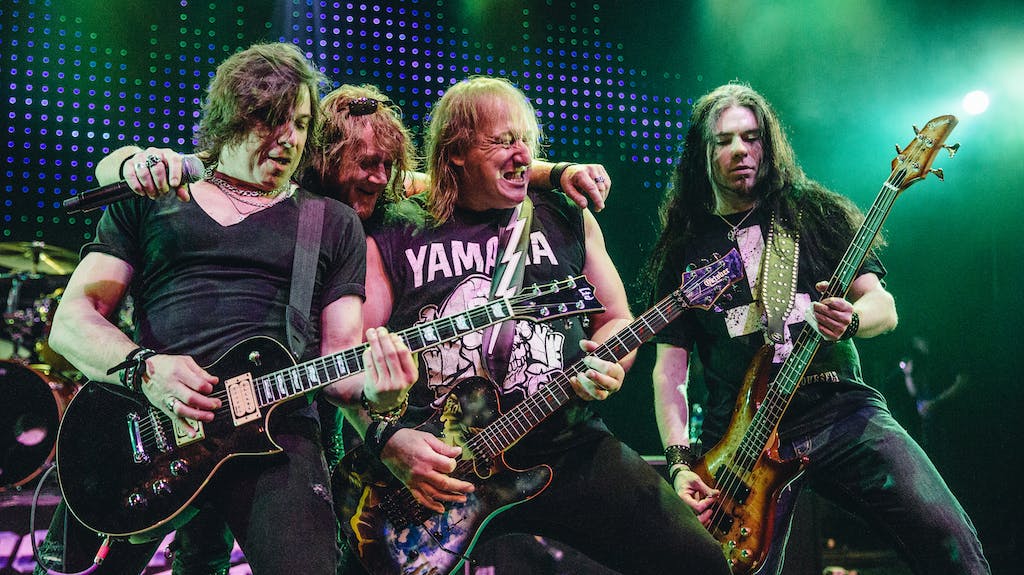 60 bands ensure that around 3,000 fans from all over the world get something to listen to. In 2019, over 70 nationalities were represented on board. 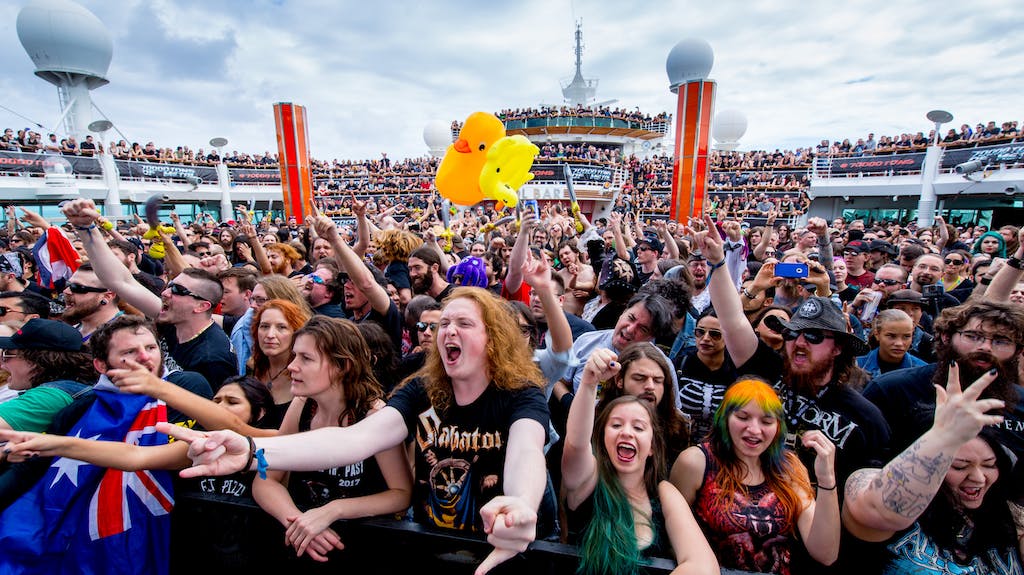 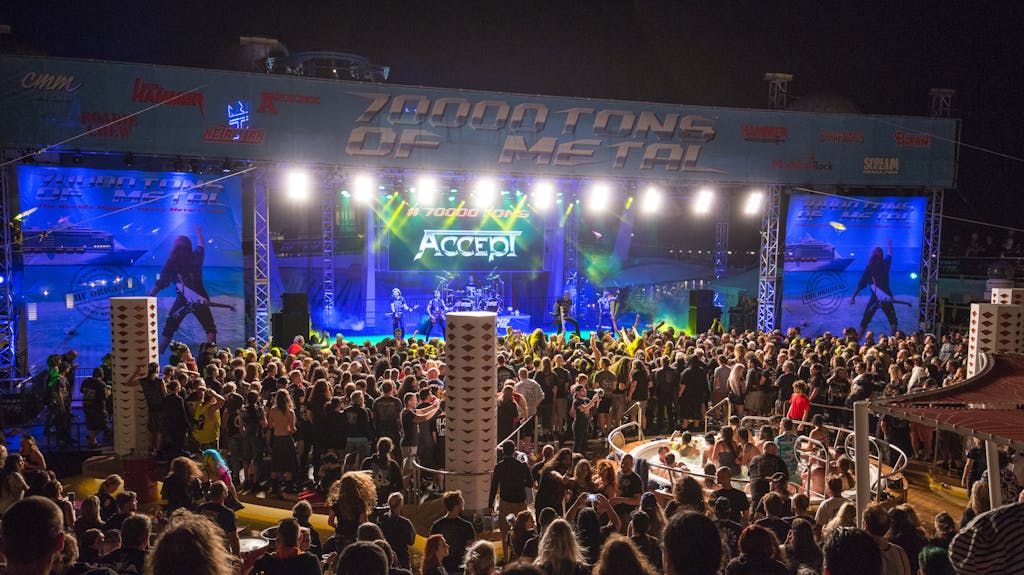 The main attraction is the stage on the pool deck, where it goes on until late at night. 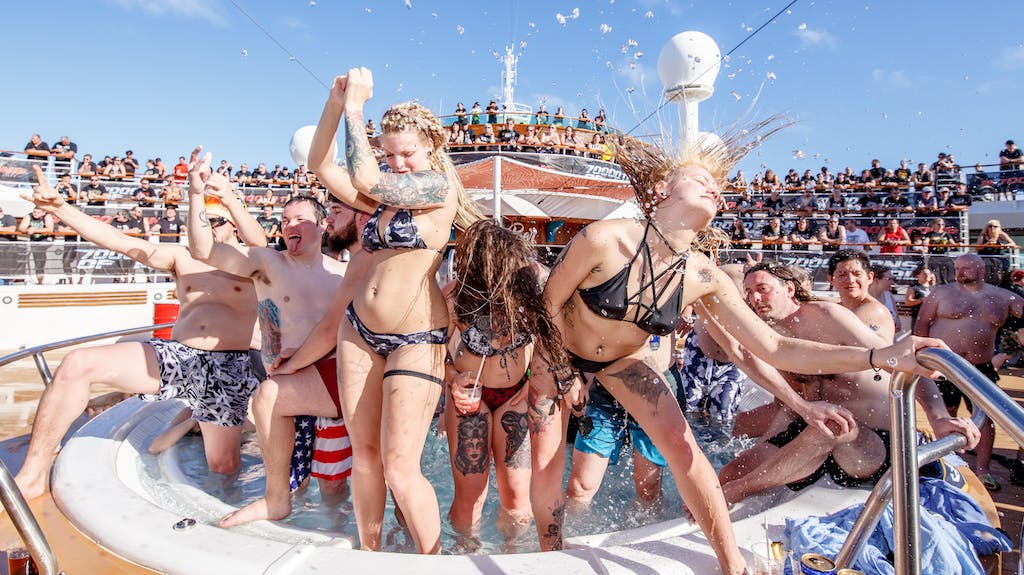 Headbanging in the pool during a concert? Has something. 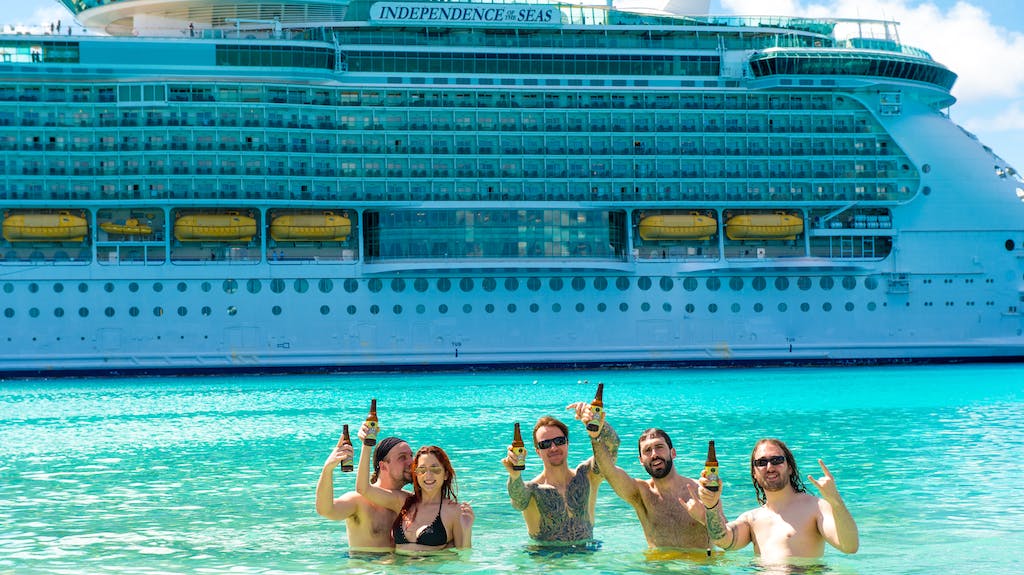 Who wants to go ashore? And if so, then certainly not without beer! 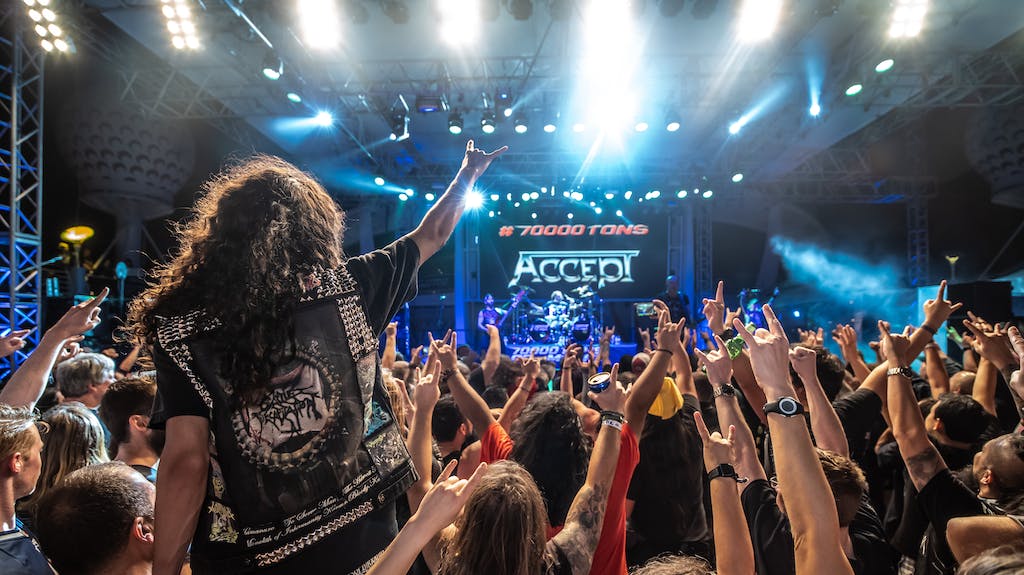 In January 2020, 70,000 Tons of Metal will enter its tenth round. Did Piller expect this success? 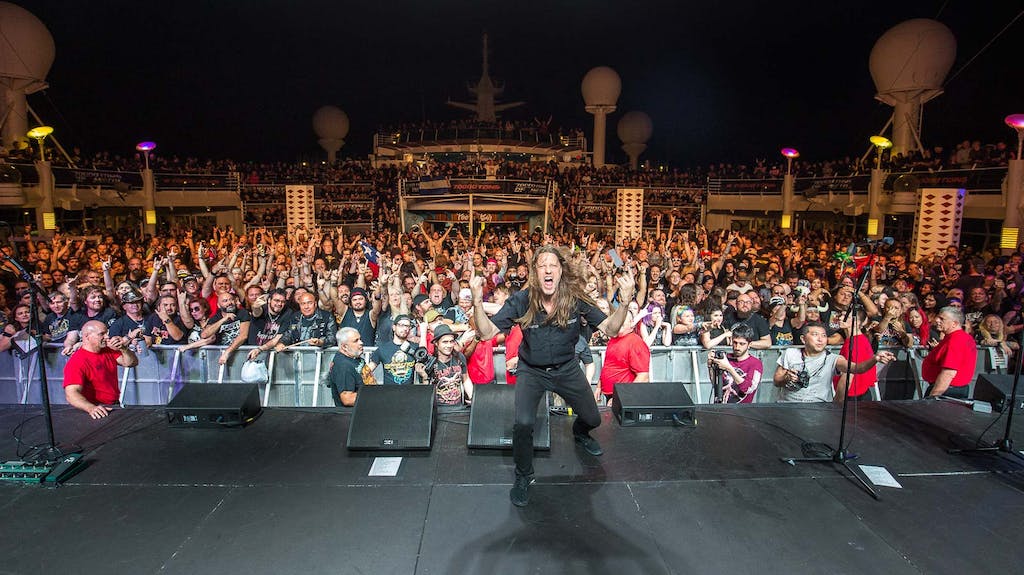 The whole thing started as a beer idea, says Piller. But: “You don’t invest years of your life in something without being convinced.” 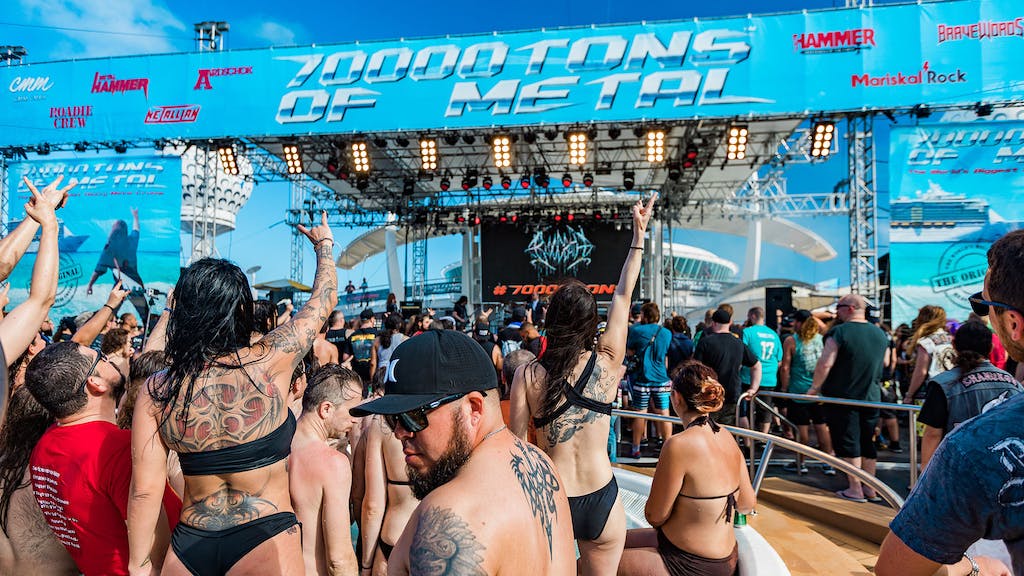 By the way, Piller’s floating metal festival is not the only one, but according to its own advertising it was the first of its kind.

The prince Joachim from Denmark seems to have recovered...
Read more
Entertainment

We know the return date from Koh Lanta, the...
Read more
Entertainment

Good news for all fans of "Koh-Lanta", the next...
Read more

To the return of summer for the next week ?

Anger over “travel ban” in the summer months – News

The government advertises vacation in Austria and threatens quarantine for people traveling abroad. In...
Read more

Already 20 Years After Being Released from Indonesia, East Timor Can Only Become Australia’s ‘Dairy Cow’, Expected Hydrocarbon Wealth is Only a Curse

Sosok.ID - It's been 20 years Timor Leste decided to become his own...
Read more
Archynewsyarchynewsy.com