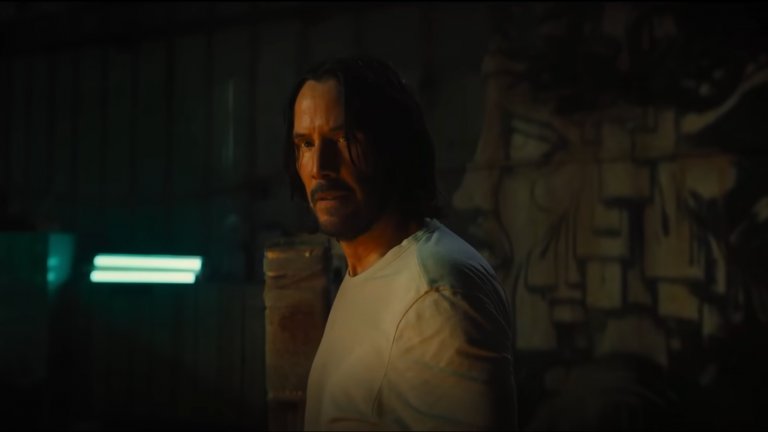 “Baba Yaga” is here again to deliver justice in the murky world of hired killers.

In what surely came as a surprise to no one, the “John Wick 4” team released the first teaser trailer for the next film in the series about one of the most popular action heroes in recent years.

Actually, the surprise was not the news that there will be a new film from the franchise, since it has been known for a long time, but the fact that the first video appeared a year before the expected premiere.

It happened Friday during a director’s event at this year’s San Diego Comic-Con hosted by “John Wick 4” director Chad Stahelski. It was interrupted by Keanu Reeves himself, who appeared to the pleasant surprise of everyone present, saying “I’m sorry to intrude on you at the party, but I got kicked out of here”.

The trailer itself shows Wick doing what he does best: brutally dealing with the bad guys using every possible object he can lay his hands on. The action will take place on three continents in Japan, USA, Paris, Berlin and Jordan.

And from everything we’ve seen from the first footage, it looks like we won’t be disappointed at all in terms of action packed with lots of shooting, sword fighting and punching and kicking, which will also be provided by martial artist Donnie Yen, whom we know well from “Ip Man”.

The John Wick franchise hit the action scene with a bang in 2014 when Reeves made his big screen debut as John Wick, an ex-hitman who is drawn back into the criminal underworld after Russian gangsters break into his house and they kill his puppy Daisy.

Thus, the three films so far have revealed to us in an extremely exciting way how a secret society of elite assassins and all kinds of powerful crime bosses works, and the very name “John Wick” has become synonymous with particularly effective and dynamic action scenes with many stunts.

See also  At the age of 55, "Kazuo", the legend of Japan, returns to football with a fourth-degree club.. Video

The last time we saw the fearsome killer nicknamed “Baba Yaga” was in 2019 in the box office success “John Wick 3”, at the end of which the main character almost died. Apparently, the upcoming film will pick up more or less where the last film left off.

Wick will have to recover his strength and resume the fight against all his opponents who want to see him dead.

Reeves will reunite with his former Matrix co-star Laurence Fishburne, and the film will also see the return of Winston (Ian McShane) and Harron (Lance Reddick), as well as Donnie Yen, Bill Skarsgård, Hiroyuki Sanada, Scott Adkins and Clancy Brown.

John Wick 4 was originally scheduled to hit theaters in May of this year, but a series of delays due to the COVID pandemic and other factors pushed the release to March 24, 2023.