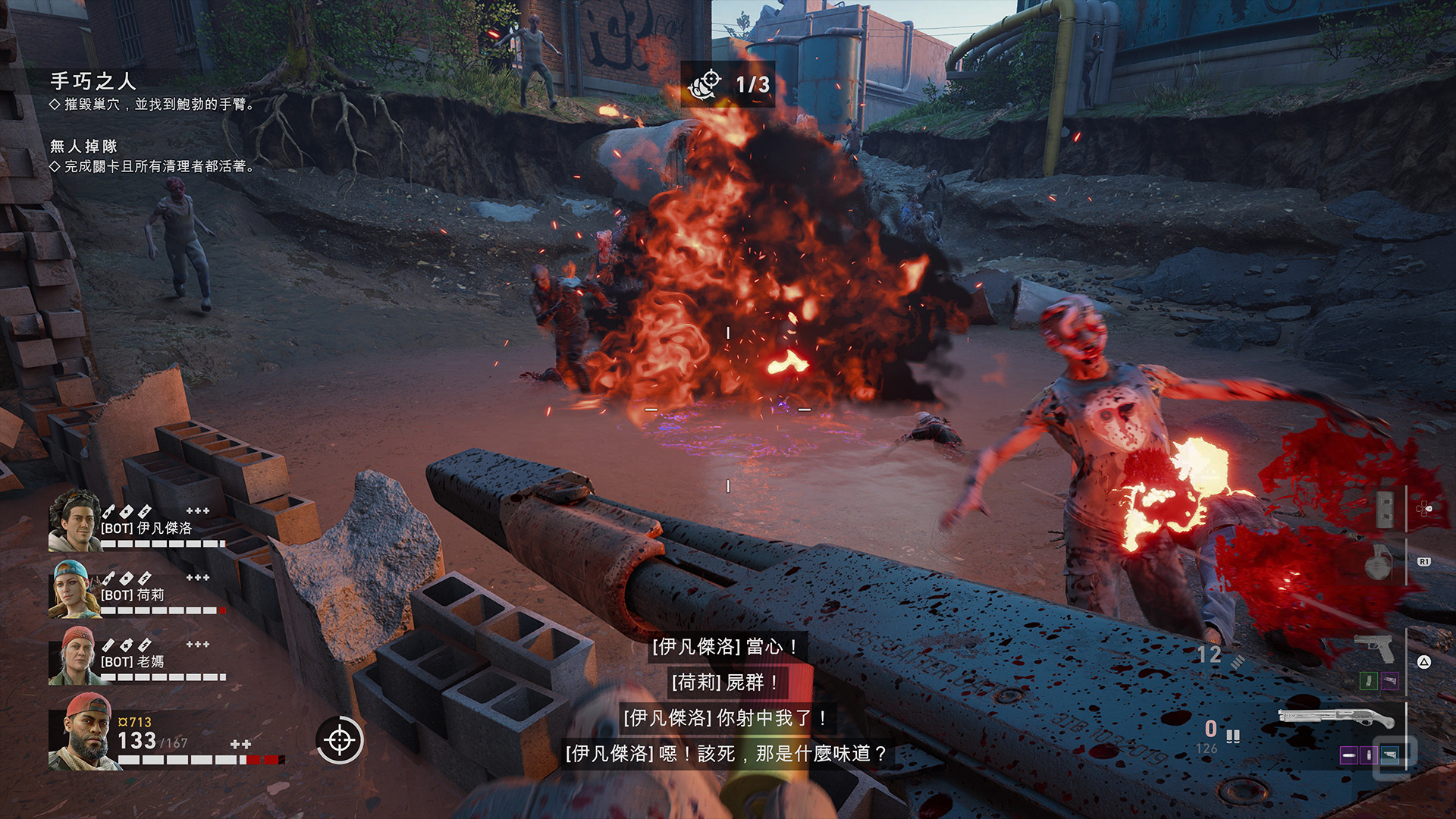 Created by the original crew of “Left 4 Dead” (Evil Forces/L4D), “Back 4 Blood” (Blood Vengeance), which can be said to be a spiritual sequel, is finally released. A new work that can pass the level. After many internal and public betas, how can a rookie get started quickly in the official version and join friends in the journey of destroying zombies again. This article will list a few key points so that novices can also Get on the road easily.

The biggest difference with “L4D” is that this game uses a “card system”-players can set card combinations when playing the game. Before the start of each level of the campaign, players can choose to activate one of the cards in the combination to obtain the ability bonus. There are more than one hundred cards in the game. Players can freely choose and experience card abilities in the “single-player campaign”; in a multi-player online campaign, they must complete the level to obtain “supply points” and Use points to unlock the “Supply Line” card.

How to unlock all eight characters

At the beginning of the game, players can only choose four characters. After completing the fourth level of the first chapter, the remaining four characters will be automatically unlocked. Note that players can only unlock characters by completing multiplayer online battles. In addition, the unlocked character “Mom” has a special skill that can revive teammates for free once in each level, and has a great advantage in strategy. It is a key figure for teams that want to challenge high levels of difficulty.

When players play the “Multiplayer Online Campaign”, they can get “Supply Points” after completing the chapters. These points can be used to open the “Supply Line” to obtain various cards. Note that you cannot earn points in single-player campaigns, so this single-player campaign is only used for players to experience the story, familiarize themselves with levels, or try card combinations. In addition to unlocking cards, the supply line can also be used to unlock weapon shapes.

Pay attention to the “corrupt” cards in each level

In the official version, even if the difficulty chooses “Newcomer”, you will encounter a “corrupt” card that must be activated before each level. These cards will provide some additional conditions for the level, such as all members surviving to complete the task, reaching the end within a limited time, or not be able to alarm the flock of birds to provoke the flock of corpses, etc. Before the start of each level, the upper right corner of the screen will once again remind the player of the content of the “corrupt” card selected for this level.

Players can pick up “Copper Coins” in the level. In addition, if a specific “Corrupt” card is triggered, they can also get copper coins rewards after completing additional tasks. These copper coins can be purchased from the “Orange Treasure Box” in the safe house at the beginning of each level to purchase props, restore health, purchase skills and weapons, etc. Therefore, remember to replenish your equipment before setting off. In addition, before using copper coins to restore health, first check whether there are equipment similar to “first aid kits” in the safe house. If so, use the first aid kit for free recovery.

Bring the “toolbox” as much as possible

Although the toolbox occupies an item position, it can be used to unlock the yellow lock door engraved with the logo, so that the player can obtain various supplies and equipment inside. Whenever possible, one or two people in the team should carry a toolbox to unlock the door. Toolboxes can be purchased in the safe house at the time of departure.

Accessories can only be installed, not removed

Once the weapon accessories are installed, they cannot be removed actively. Therefore, the original firearm accessories can only be thrown away when changing firearms. The only way to “remove the accessories” is to find the accessories in the same column and then use the “exchange” method to drop the original accessories on the ground. In addition, the “rarity” of this equipment is divided into six types: white (lowest), green, blue, purple, yellow, and red (highest). The higher the rarity, the higher the ability bonus it provides.

Abnormal mutations have their own weaknesses

In addition to ordinary zombie “mutants”, players will also encounter “abnormal mutations” with high attack power and special attack skills, and their heads will be marked with a red skull icon for identification. The red parts of the anomalous mutants are all weak points, and it is difficult to damage them by attacking places other than the weak points. In addition, some skill cards can increase the damage to these weaknesses, so use them if possible.

Act with the team

There are a lot of zombies in this game, and sometimes they suddenly appear behind the player. It is impossible to guard against. If unfortunately, the chance of death will increase significantly. Even if the character dies will be automatically resurrected after clearing the level, but if there is one missing member in the process, it will still have a great impact on the battle. In addition, this game still has a “high-altitude advantage”, and it is a better strategy to try to find a high place and shoot downwards. Of course, some levels require players to defend designated ground strongholds, and then they have to cooperate with their teammates.

Use “hand-to-hand combat” to deal with close zombies

Every character can use “hand-to-hand combat” to deal with zombies coming close to them, but the original “hand-to-hand combat” has a very low attack power, which is acceptable against primary zombies. Don’t use it to deal with large anomalous mutants. Using certain cards can turn melee into a “knife” and increase the attack power, but it still can’t compare with the axe or stick that takes up the position of the weapon. The advantage of “hand-to-hand combat” can not only prevent zombies from approaching, but also can be used when loading bullets. Therefore, if you use a weapon such as a shotgun that requires less ammunition and requires frequent loading, the only action that can be used for self-defense during loading, except not Stopping and moving around is “hand-to-hand combat.”

In addition to the traditional “throwing wide-range weapons” such as grenades, players can also pick up special items such as “petrol cans” in the level, throw them to a designated position and then shoot them to detonate, which can cause a large group of zombies. s damage. Note that you can’t shoot when picking up the petrol cans, you can only fight back with “hand-to-hand combat”.

The supply of bullets in the level is limited, especially in the difficulty of “Veterans” and “Nightmare”. Therefore, a team of four people should choose different types of firearms in order to allocate ammunition supplies. However, this kind of cooperation is more difficult to achieve in the wild group. If you find that you often cannot pick up bullets, it may be that your teammates and yourself are using similar firearms. At this time, you can consider switching weapons.

You can try “Veterans” and “Nightmare” after completing the “Newcomer” difficulty

The game is divided into three levels of difficulty. The “Newcomer” has the lowest difficulty and is suitable for players to obtain supply points in order to unlock supply line cards. Personally, I suggest that you first complete the game once with “Newcomer” difficulty, and use the points you get to open the supply line, and then challenge higher difficulty. Pay attention to “Veterans” and “Nightmare”. In addition to increasing the enemy’s attack power and increasing the number of abnormal mutations, shooting at teammates can also cause damage, so be careful not to hurt your teammates.