Back to gold .. Venezuela sues “England”

The spotlight returned to Venezuela gold after several reports and statements by US officials confirmed that President Nicholas Maduro swapped tons of gold for Iranian oil shipments, this time through a lawsuit.

A document submitted to a London court showed that the Venezuelan central bank filed a lawsuit to compel the Bank of England to hand over gold worth more than 930 million pounds ($ 1.02 billion) so that the government could finance its efforts to curb the outbreak of the Corona virus.

The suit follows a request by Venezuela to the Bank of England in April to sell part of its gold reserves held by the British Central Bank and send the proceeds of the sale to the United Nations to help the country’s efforts to fight the deadly virus.

But the aforementioned bank declined, according to Reuters, to comment on the case.

Maduro is not recognized as legitimate

It is noteworthy that since 2018, the Bank of England has postponed the transfer of 31 tons of Venezuelan gold held there to Maduro, which Britain does not recognize as the legitimate leader of the country.

However, the new lawsuit, filed with a commercial court dated May 14, reveals that the Venezuelan Central Bank “is seeking an order that obliges the Bank of England to adhere to the proposed directive.”

Funds to repel the epidemic

The document, seen by Reuters, said that the funds, once transferred to the United Nations Development Program, would be used to purchase health care equipment, medicines and food to deal with the Covid-19 pandemic, the respiratory illness caused by the Coronavirus.

Venezuela has so far recorded 618 confirmed HIV infections and 10 deaths, but health workers warn that the country’s shattered medical system may collapse if the outbreak worsens.

However, the issue of Venezuelan gold was raised since late last month, after US officials announced Iranian oil shipments in exchange for gold between Tehran and Caracas.

People familiar with this file reported last April, according to a Bloomberg report, that government officials in Venezuela piled some 9 tons of gold – the equivalent of $ 500 million – on planes bound for Tehran this month as a payment in exchange for Iran’s assistance in reviving Gasoline refineries broken in Venezuela.
Those shipments, which resulted in a sudden drop in foreign reserve numbers in Venezuela, left the country torn apart by the economic crisis with only $ 6.3 billion of assets in hard currency, the lowest in three decades. 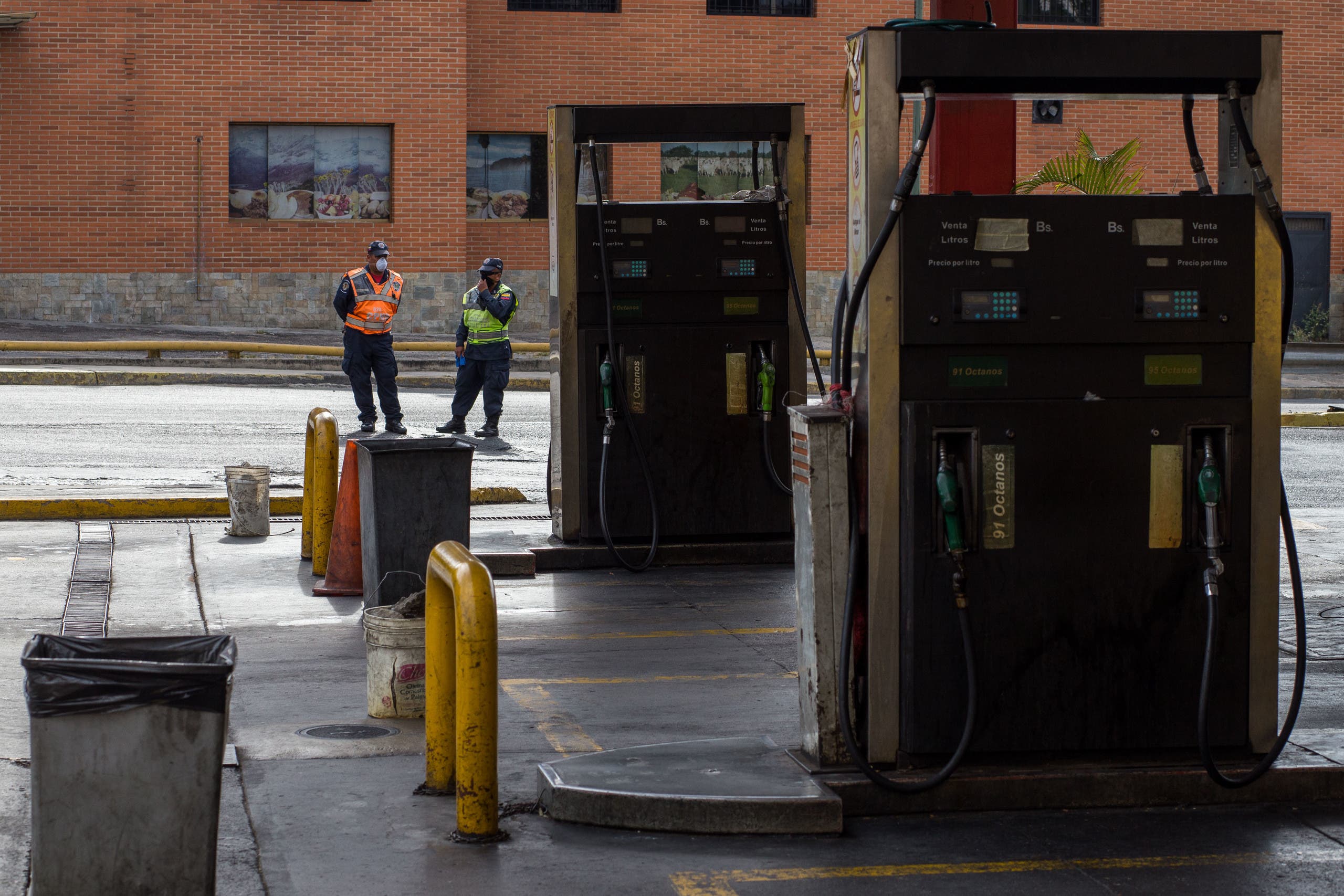 The US envoy, Elliot Abrams, also announced at the time that Iran had sent “more Mahan Air” planes to Venezuela this week. He added, “Our guesses indicate that they are receiving batches of gold.”

In addition, he made it clear that Iran’s role revealed the limited support Maduro received from Russia and China, who stood by him despite Western pressure. He said, “One of the reasons that Al-Tabb motivates me to mention this is not only to show that Iran is playing an increasing role, but to draw attention to cash payments.”

“We know that Maduro wanted to obtain during the past year additional Russian and Chinese loans and additional investments, and he had not received a single cent,” he added.

It is noteworthy that last Saturday (May 16), the Caribbean region witnessed an alert in the waterways between the United States and Iran, after spotting an Iranian fuel ship heading to Venezuela.

This comes after several American statements about a suspicious movement in recent weeks between the two allies and opponents of the American administration.

How to send and receive money via WhatsApp, whatsAPP payments

WhatsApp is one of the most popular messaging apps, and the most used in...
Read more

Bruno Le Maire is he right to say that the economic crisis will last for years? – Boursorama

Bruno Le Maire is he right to say that the economic crisis will last...
Read more

The best apps for exercising indoors at times of coronavirus

The exercise centers have been closed due to the health contingency, so it can...
Read more
Archynewsyarchynewsy.com