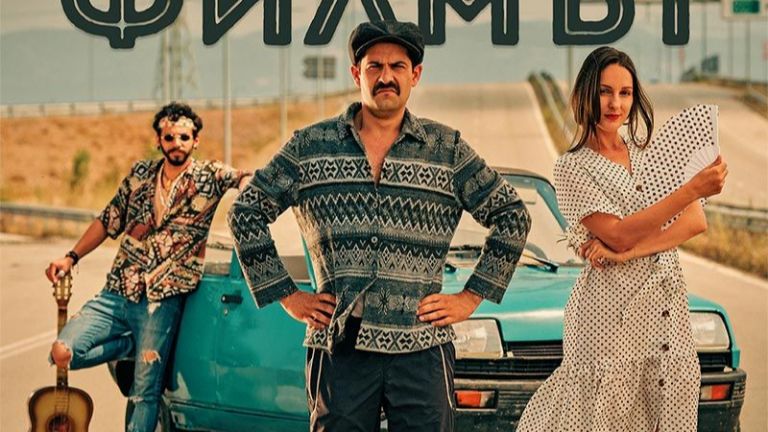 The film “Bai Ivan” based on the book “The World of Vankata – The Vacation” is the most watched in the first weekend of December in our country, according to the summarized data from the cinemas. The comedy with Dimitar Kiryazov and Silvia Yordanova, who are also the performers of the sketches on the YouTube channel of the same name, was watched by 28,645 viewers and has 255,191 leva in ticket revenues.

In second place is “The House of Gucci” by Ridley Scott, based on the book of the same name 20 years ago by Sarah Gray Fordon. The story of Maurizio Gucci and Patricia Reggiano in mastering the fashion house and the gap between them is already the second week on the screens and has 40,955 viewers and 426,498 leva in revenue from their tickets.

Third place goes to the animation “Encanto”. For the second week, the Madrigal family from Colombia entertains young and old with their trip, and so far 16,223 spectators have seen it and reported 145,637 leva from their tickets.

The Bulgarian drama “Uncle Christmas” is in fourth place in the top 10. The film, based on a TV report in which little Goshko with the help of various companies manages to celebrate his real birthday, has ten days in cinemas and has 13,025 viewers and 115 BGN 509 revenue from their tickets.

The second premiere last Friday – “Contagious Evil: The Beginning” is in fifth place in terms of audience interest. The horror story shot in Canada, based on the video game of the same name, has 2,711 viewers and BGN 29,416 in revenue for the first three days in Bulgaria.

In sixth place is the adventure fiction “Dune” based on the book by Frank Herbert from 1965, reports BTA. Plans for the assassination of the Atreides dynasty and the rescue of Paul Atreides have been watched by 49,089 viewers over the seven weeks in cinemas, with 588,612 leva in their tickets.

Seventh position is occupied by another fiction – “The Eternal”. The story of the ancient beings who protect the Earth from deadly creatures is already the fifth week in our country and has 29,965 spectators and 348,594 leva from their tickets.

In eighth place is “Ghostbusters: Heritage.” The third film on the familiar theme of saving New York from ghosts is already the second week in theaters and has been watched by 5,841 viewers and has a revenue of BGN 65,737.

The ninth position is for the third premiere last weekend – the Bulgarian “I’m here again”. The story of Boyan Petrov’s attempt to climb Shisha Pangma in the Himalayas, which turned out to be the last in his career, was watched by 667 viewers and has a revenue of BGN 6,918.

In tenth place is Wes Andreson’s film “The French Bulletin of Liberty, Kansas Evening Sun.” The story about the American magazine in fictional France from the 20th century and its authors was watched by 4,447 viewers and has a revenue of BGN 44,801 for the three weeks in cinemas.

Last weekend, a total of 56,913 spectators watched films in Bulgarian cinemas, nearly half of them watching the Bulgarian films “Bai Ivan: The Movie”, “Uncle Christmas” and “I’m Here Again”. At the same time last year, cinemas were closed due to measures against the proliferation of Covid-19.