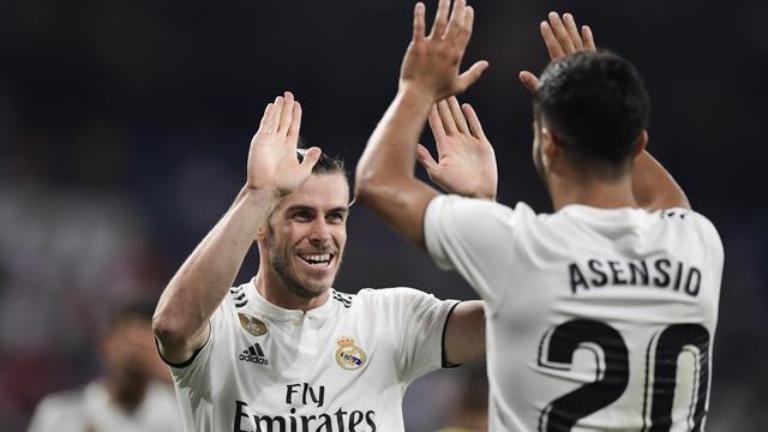 Gareth Bale have to change jersey number after returning to Real Madrid after his loan spell at Tottenham ended.

The Welshman spent last season on loan at Spurs, where he wore the number nine, but during his absence from the Spanish capital, Marco Asensio took up his favorite number 11.

Bale has worn the number 11 throughout his time for Real Madrid, winning a total of 13 titles.

But ahead of this season, the final year of his contract Bale is believed to be wearing a new number.

And as has been reported by Diario AS, the only number remaining is 16, which was vacated by Luka Jovic when he was on loan last season.

Though, Casemiro could also take his national team number at number five given the impending exit of Raphael Varane, meaning Bale and the returning Dani Ceballos could have 14 and 16 to choose from.

For now, however, a 16 or single digit number from the late 20s or 30s will be available for Bale, who will likely struggle to convince Asensio to return his beloved number 11.

Meanwhile, Martin Odegaard and Jovic, who also spent time on loan last season, are also looking for new numbers, but they wore 21 and 18 respectively in the friendly against Rangers, and that might provide a big hint about their new numbers.