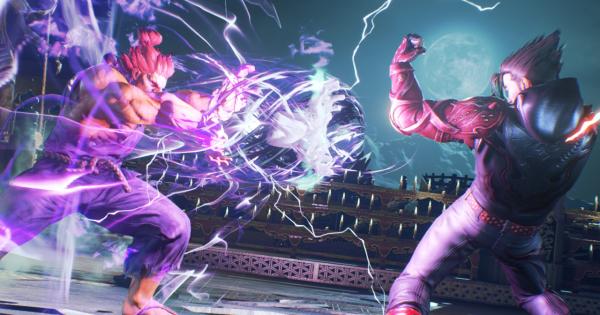 Fighting games undoubtedly have a reputation for being difficult to tackle, requiring great reflexes and a thorough knowledge of all the mechanics. Although many of today’s titles are more accessible, the truth is that they still remain intimidating experiences. To remedy this situation, Bandai Namco patented a new system that, if it materialized, could help newbies get better.

What happens is that Bandai Namco filed the patent of a new technology that would be focused on fighting games, and which would seek that novice players obtain information about the timing to enter the commands and recommendations of characters.

Thus, the new system will be able to read the actions of the players to compare them with the frame data. This will allow the game to advise if it is necessary to press the buttons faster or just the opposite. In addition, it will explain why an opponent’s move was a counterattack.

In essence, the above aims for novices to easily acquire muscle memory, which is a skill that more experienced players develop with hours and hours of play.

On the other hand, the patent also explains that an artificial intelligence will have the ability to learn the habits of the players, which will allow making character recommendations on the selection screen. For example, the game will suggest that players who launch ranged attacks very regularly use missile fighters.

Apparently, this technology will study the trends, movements and strategies of the pro players and later show the data that was collected to the novice players, which will undeniably be very valuable information to improve.

Does the new patent suggest the development of Tekken 8?

It is important to note that, on many occasions, companies register patents that never materialize and reach the market. For this reason, it will not be surprising that the technology that Bandai Namco raises only lives on paper.

However, and in case the patent reaches a good port, it can be an indicator that titles such as TEKKEN 8 are in development. We must remember that this project appeared in the recent nvidia leak.

Of course, Bandai Namco has not yet officially confirmed the development of the eighth main installment of TEKKEN. In the same way, it is possible that the system proposed by the patent could also be applied in a hypothetical Soul Calibur VII or the sequel to Dragon Ball FighterZ.

In case you missed it: New to fighting games? You can read a free glossary with 650 terms

Everything seems to indicate that we will have to remain waiting to discover what the Japanese company’s plans are with this technology that, without a doubt, can be very useful.

But tell us, do you think this technology will help? Let us read you in the comments.

Stay informed here, at LEVEL UP.