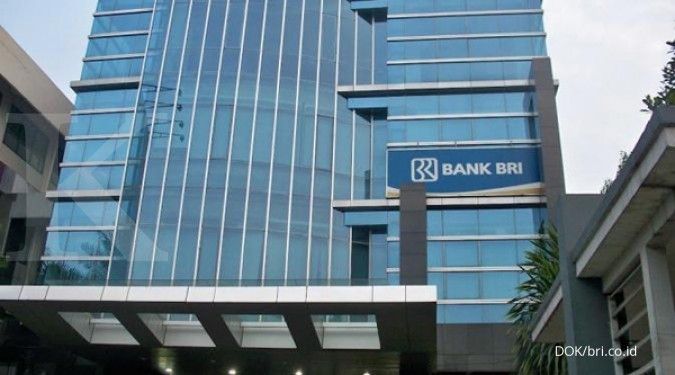 ILLUSTRATION. Bank Rakyat Indonesia (BBRI) assets will be the largest after the rights issue

KONTAN.CO.ID – JAKARTA. PT Bank Rakyat Indonesia (Persero) Tbk (BBRI) is considered to be able to increase the value of assets so that it returns to being the largest bank in the country, after rights issue jumbo nominal to fund Ultra Micro Holding (UMi).

Capital market analyst and economist from the LBP Institute Lucky Bayu Purnomo said the presence of Holding UMi in BRI’s business line will increase book value consolidation, as well as the potential to encourage better performance in the future. The reason is, Holding UMi is a source of new business growth for the company.

According to him, the increase in asset value became the most visible side when Holding UMi was completed and operated.

“For sure consolidation is the most visible increase in asset value. Next year, BRI (will again be able to seize the number one asset position). Even in this quarter’s calculations, it will begin to show (increase),” he said in a written statement received by KONTAN, Sunday ( 26/9).

As an illustration, BRI’s asset growth this year was slightly restrained due to the formation of Bank Syariah Indonesia Tbk.

See also  Bavaria and Saxony tighten measures, in Austria or the Netherlands they are protesting against them - ČT24 - Czech Television

Meanwhile, the assets of PT Pegadaian (Persero) and PT Permodalan Nasional Madani (Persero) or PNM in the first half of this year reached Rp 105.9 trillion. At the end of the year, assets of all holding members are expected to continue to rise in line with increased financing, fundraising, and profit growth.

Through holding, Lucky believes BRI will be able to work with more potential customers unbankable to expand its business base.
“With the current digital capabilities and digital banks, BRI bank can become very big and giant in the future,” he added.

Also Read: DPR approved additional PMN for BNI and BTN, here are the details of the amount

Nevertheless, he estimates that this year’s performance expansion will still consider efforts to relax credit and financing restructuring. The reason is that economic conditions are still difficult to get out of the crisis due to the pandemic.

“So indeed holding also takes time. But this will be very good for medium and long-term performance,” he added.