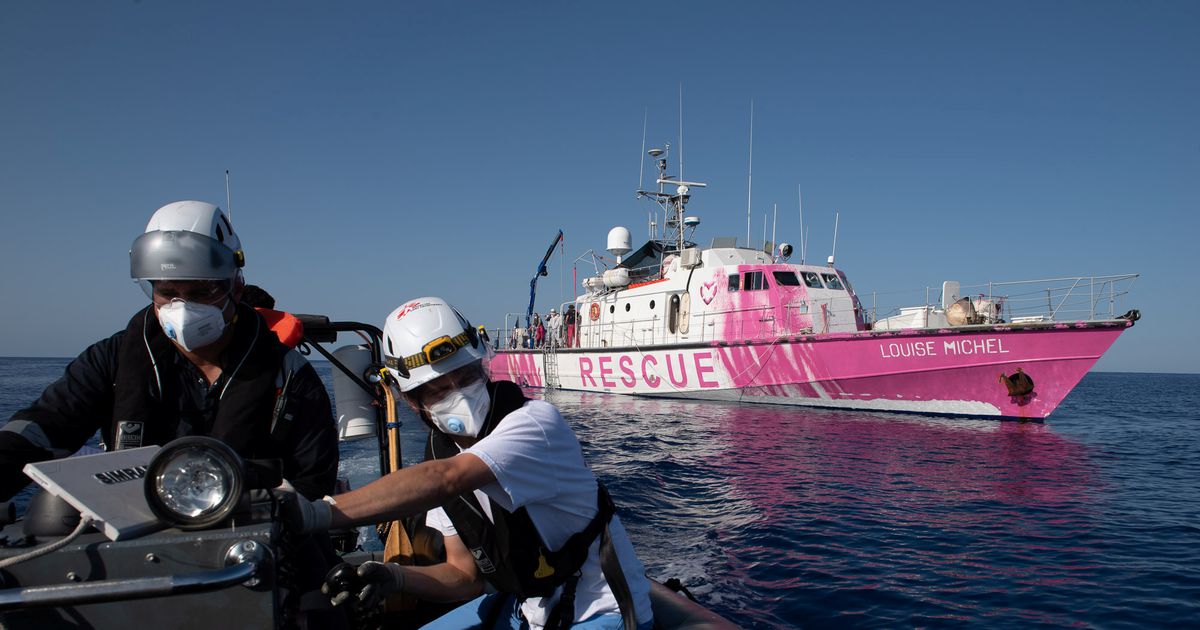 The German-registered ship, decorated with Banksy graffiti and named after the French anarchist Louise Michelle, is in the Mediterranean, where it rescued 89 people on Thursday.

The receipt said the ship’s 10-man crew had rescued another 130 people, including women and children, and had not received any assistance.

A total of 219 rescued migrants are now on board, and the situation is approaching an “emergency situation”, according to a tweet.

One dead is already on board, but several others have been injured and left at sea in the European Union’s (EU) search and rescue area for several days, Louise Michel’s crew said.

The independent migrant rescue organization Sea-Watch, which had reported this week that the ship Louise Michel had previously assisted it in its operations, sent a message on Twitter telling it that the ship needed help and instructed the Maltese Armed Forces to “go straight ahead and do its job”.

The global vessel tracking site Marine Traffic reported that the vessel was about 90 kilometers southeast of the Italian island of Lampedusa on Saturday morning.

It has already been reported that the ship set sail on 18 August from the Spanish port of Burriana. The ship is painted bright pink and is decorated with Banksy graffiti with a girl in a life jacket and a heart-shaped lifebuoy in her hands.

The ship, formerly owned by the French customs authorities, is smaller but significantly faster than other NGO vessels. The ship’s crew consists of “European activists with long experience in search and rescue operations” and its captain is the German Pia Klempa, the British newspaper “The Guardian” reported.

Banksy joined the migrant rescue mission last September after contacting Clemp. According to The Guardian, Banksy sent an email to Klempa introducing himself as a British artist who has authored several works on the migrant crisis. He stated that he did not want to keep the money for them and suggested that Klempa could buy a new ship for it.

Klempa originally thought it was a joke. She told the newspaper that Banksy had chosen her because of her political position.

“I see rescue at sea not as a humanitarian operation but as part of an anti-fascist struggle,” Klempa told The Guardian. The newspaper reported that the ship’s crew members came from a variety of backgrounds, but “everyone identifies themselves as anti-racist and anti-fascist activists advocating for radical political change.”