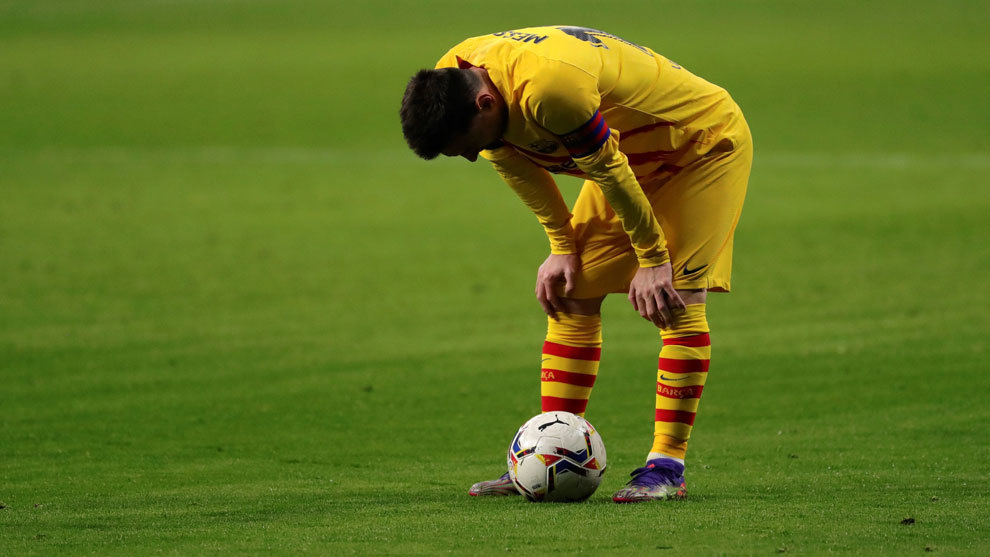 It seemed like this would get better, but it didn’t. Barcelona are almost the same shipwreck that they were last season and are well on their way to making this a season of misery rather than transition. The revolution was a false dawn because of the financial limitations the club is under at the moment and also the fact that the starting line-up has hardly changed from last term. Taking a look at the defence is enough to make you realise what the issue is.

The back four is exactly the same. Sergino Dest still hasn’t dislodged Sergi Roberto at right-back and Jordi Alba hasn’t had any real competition on the other side. After not being able to pay the transfer fee for Eric Garcia and with Samuel Umtiti always out injured, Barcelona have ended up with just three central defenders – one from the youth squad – which could become two if Gerard Pique ends up being sidelined for a long period.

Miralem Pjanic occupied a spot in the double pivot after the injury to Sergio Busquets, but neither the Bosnian nor Frenkie De Jong impressed. De Jong is a long way off the player we saw at Ajax.

In attack, Lionel Messi continues to struggle to perform anywhere near his best, while Antoine Griezmann is still floundering. Barcelona are basically the same side as last season, with nine of the 11 regular starters from last term still in the team.

From Quique Setien’s usual starting line-up, only Arturo Vidal and Luis Suarez have departed – Ivan Rakitic had fallen out of favour – to make way for a couple out of Ansu Fati, Pedri, Ousmane Dembele or Trincao. Funnily enough, the two spaces left by these departures are the only areas of the pitch where this team have looked anywhere near impressive. Two players out of 11. That’s the big revolution.

It’s true that, at times, Barcelona have looked like a different team. Koeman has also had some serious bad luck with injuries and the absence of Ansu Fati is a huge blow. However, in Barcelona’s three big tests so far this domestic season, they seemed to be well off the pace of their opponents. Sevilla, Real Madrid and Atletico Madrid were all far superior. It’s as simple as that.

With a young side, issues in the club’s hierarchy, weaknesses in certain positions and Messi in decline, it doesn’t seem like Barcelona are ready to do anything of significance this season. They’re only a few months into the season and there’s a long way to go, but the worst thing about it all is that it seems their future is in the hands of the same people who hit rock bottom in Lisbon three months ago. That is the worst news of all for this Barcelona side.