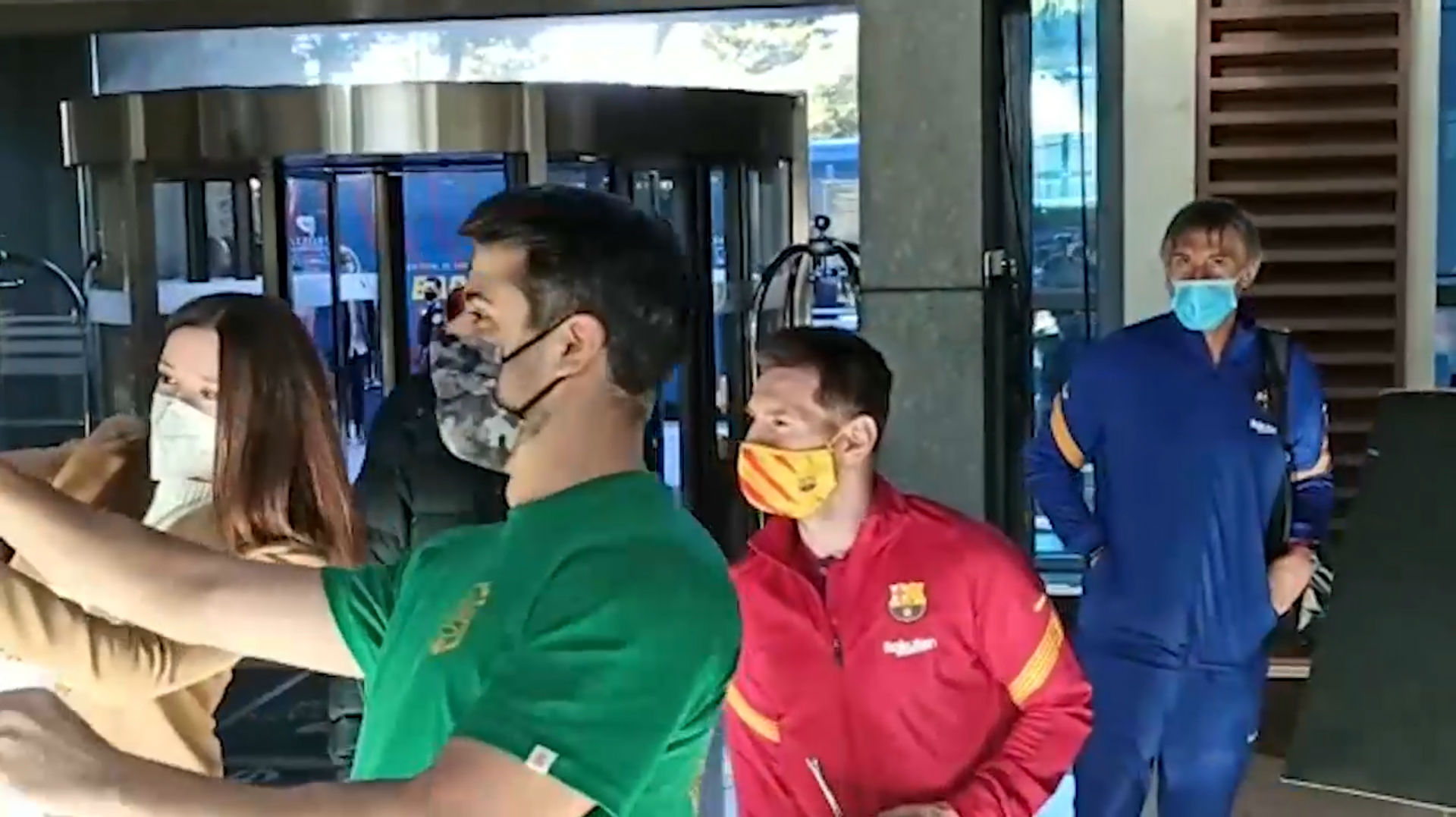 Leo Messi is usually the most sought out player when Barcelona play away from home. That was once again the case on Saturday among the supporters waiting for the Barça team in Madrid at the Eurostars Suites Mirasierra hotel where the team are resting ahead of the game against Atletico Madrid.

The Barça expedition, which land earlier than planned at Barajas airport, arrived at their hotel in the Spanish capital at around midday. Once inside, the players headed to their rooms, where they will pass the time before the game at the Wanda Metropolitano later on Saturday.

Inside the ample lobby at the hotel, two fans, a boy and a girl, made their way towards Messi. They asked for a photograph and he had no problem complying with the request. He headed towards them and posed with them both to immortalise the moment for the supporters.

Despite the complicated moment he is experiencing at the club, complaining that he’s made out to be the problem for everything, Messi has never not stopped for the supporters, even during a global pandemic. Everyone followed the recommended security restrictions for the photo to be taken.