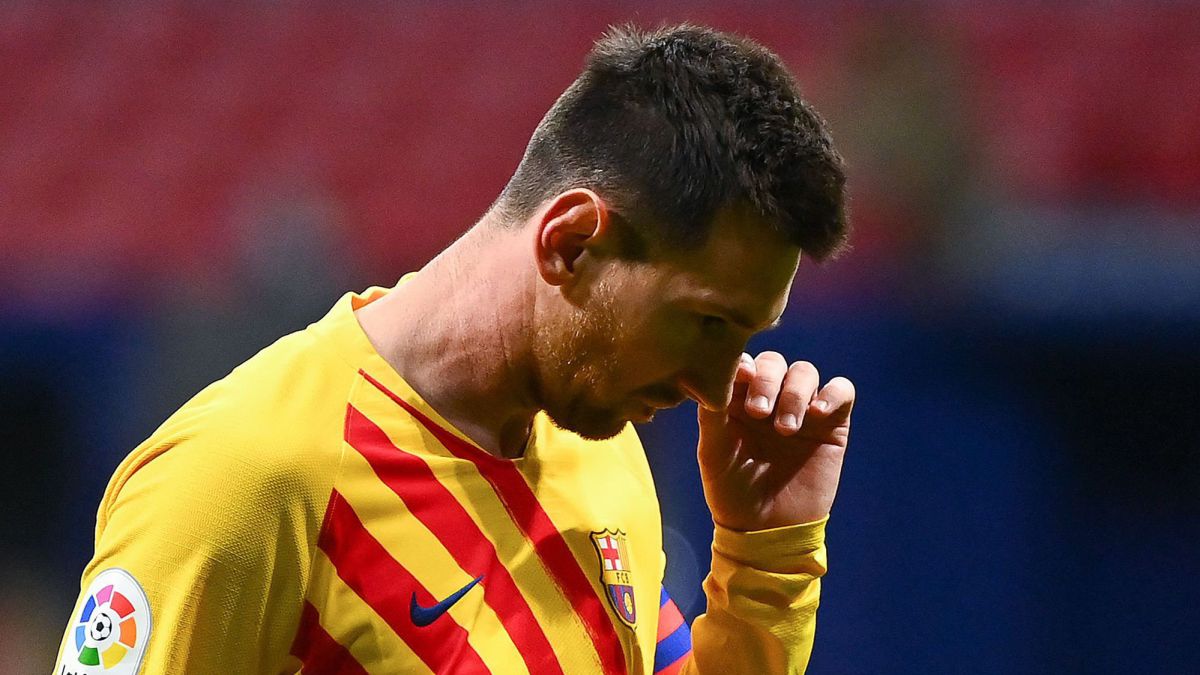 Leo Messi, captain of Barça, lost 23 balls in the Wanda Metropolitano. A barbaric figure, if you admit that he only gave 36 good passes in the whole game. His image at the end of the game, leaving in a bureaucratic way, accepting one more defeat, reflects the image of a team that has learned to fall and of a footballer who, from being decisive day after day for a decade, has become inconsequential, literally, far from the Camp Nou. Messi has not scored a decisive goal away from Barcelona in all of 2020, a fact that is not in accordance with his fame and his status as the current Ballon d’Or.

That Messi had a problem with his current context at Barça was already clear. He himself took it upon himself to remember it last Wednesday upon his return from international matches with Argentina. “I’m tired of being the problem of everything at the club,” he said. The real problem for Messi is that his case is moving to the field. It is no longer a matter of disagreements with Bartomeu, who has already left. That Neymar is not brought in or that Abidal does not want to face that the dismissal of Valverde is his responsibility. That the team that has designed the sports management “does not reach” to win the Champions League; that the coach does not give the level. The green, where Messi was indisputable, does not give him the reason now. It is not enough for him either. And that’s the only thing that doesn’t cheat in football.

Messi wandered through Wanda, gradually losing the thread of the game. A year after winning the game practically only in the Metropolitan with an exercise of hierarchy in the second half (0-1), in the last game in which he scored a decisive goal away from the Camp Nou, he seemed like one more player who, in addition , was toxic to the team: 23 losses.

It is a Barça, in addition, that needs much more than goals from Messi on the pitch. Beyond feeling powerless for not being able to leave this summer, when suddenly his Barça stopped being his Barça because friends like Vidal or Suárez left, the team needs a captain, a leader, a flag and an example to follow. And, for the moment, Messi is not collaborating with his goals and his gestures to make the rebuilding process of Barça easier. Or at least, so that, even if he thinks about leaving, the club is better on track and young people like Pedri, Ansu, Dest or Trincao have it easier. Messi knows about this. He entered a club that came from years of hell and in which many collaborated so that his entry, about the 2004-05 season, was easier. Among them, Ronaldinho himself. For now, the Messi case has reached the pitch. Years ago, this harrowing scenario was lived in Argentina. In Barcelona he made sure that his country did not understand Messi. Now, Messi plays a remarkable game in Peru; He arrives in Barcelona, ​​says he is tired of being the problem of everything and plays horrible at Wanda. In Argentina it will be ensured that Barcelona does not understand Messi. A problematic triangle with the background elections and doubts about what is the best right now for the future of Barça. Víctor Font, one of the candidates, calls for “new fire.” Also unite the Barça brand to Messi’s forever. It is difficult to know if that is possible today.