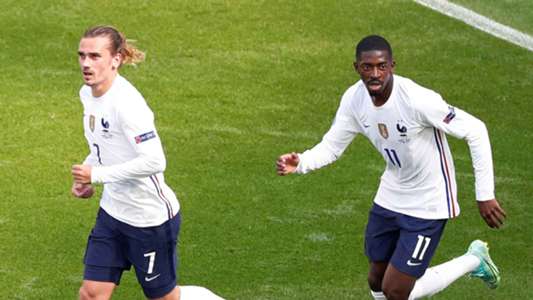 A violent attack from the co-founder of one of the main sponsors of Barcelona, ​​​​on the team duo, Osman Dembele and Antoine Griezmann.

In the past few hours, a video has been leaked on social media, To show Dembele and Griezmann mocking Asian technical workers.

The clip, which was leaked from 2019, caused anger towards the duo, as they were accused of apparent racism, and each of them came out to apologize.

But that wasn’t enough to convince Hiroshi Mikitani, co-founder of Barcelona’s sponsor Rakuten, who criticized the pair in a statement on Twitter.

“As the club’s sponsor and organizer of this competition that took place at the time, I am really sorry that the Barcelona players acted in this racist way,” the Japanese businessman said.

He added: “Our company has agreed to Barcelona’s philosophy to be an official sponsor of the club, so these behaviors are not acceptable in all circumstances and we will officially protest against the club as we wait to hear their position on the matter.”

The video had shown that technicians were fixing a problem in Griezmann and Dembele’s room, with three men talking around a TV screen in the room.

What appeared in the video was Dembele’s voice telling Griezmann: “All these ugly faces just so we can play PES, aren’t you ashamed?”

The Frenchman continued his speech to his compatriot: “What kind of backward language is this? Are you advanced in technology in your country or not?”

Although Dembele and Griezmann have clearly apologized for this incident, it seems that things will develop over the next few days with severe punishment towards each of them.

Given that the duo’s racism was directed at workers from Japan, Barcelona could lose one of their most important sponsors ever next year.

Talking here about the giant Japanese retail company “Rakuten” that has been sponsoring Barcelona since 2016 and pays $64 million annually.

The company’s contract expires at the end of next season, and after the Dembele and Griezmann incident, it seems that things will never go well for the Catalan club in this regard.